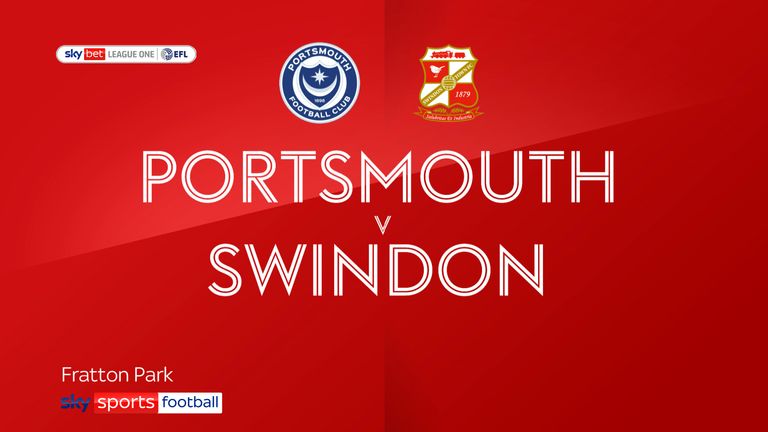 Ronan Curtis scored his 10th goal of the season in all competitions as Portsmouth ended a run of three home games without a win by beating struggling Swindon 2-0 at Fratton Park.

Curtis, who was also on target in Saturday’s 2-2 draw at home to Plymouth, calmly applied the finishing touch to Charlie Daniels’ left-wing free-kick early on.

Andy Cannon also tested the reactions of Swindon goalkeeper Mark Travers with a dipping 20-yard volley as Pompey dominated the first half.

Harrison came off the bench to make it 2-0 from the penalty spot in the 64th minute after Ryan Williams had been fouled by Dominic Thompson.

Toothless Swindon did not manage a single shot on target in the 90 minutes.

Christopher Missilou’s speculative long-range effort early in the second half was as close as the visitors came to getting on the scoresheet.