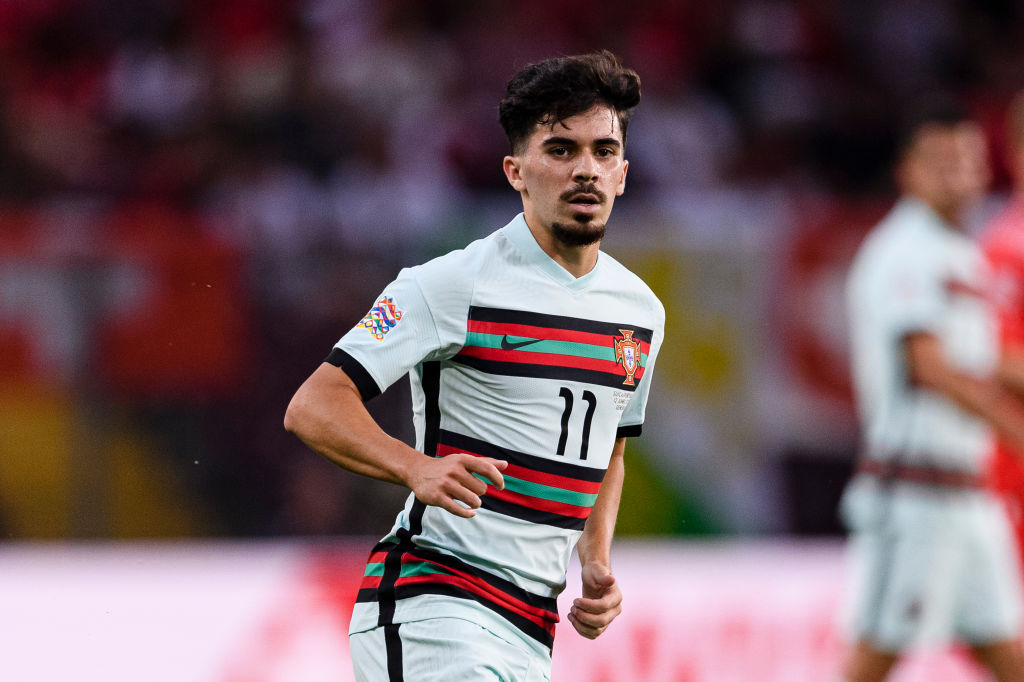 The Portuguese star has attracted interest from the likes of Real Madrid and United after a breakout year in the Primeira Liga where he made 30 appearances.

The Gunners are looking to bolster their midfield after struggling to cover the absences of Thomas Partey last season.

Portuguese outlet Record reported this week that Mikel Arteta was eyeing a bid for Vitinha, who has a £34million release clause.

And, on Wednesday, Porto’s De Costa revealed that the club have declined a ‘considerable offer’ for the player.

He said: ‘There was a concrete offer, of considerable value, for Vitinha that we did not accept. And we referred them to the release clause, which is only way to take our player.’

Vitinha played a starring role in Porto’s title triumph last season and was selected for the Portuguese national side for the first time this year.

Meanwhile, he has featured in the Premier League before when on loan at Wolves in the 2020-21 season, making 19 appearances.

The 22-year-old could be of interest to United with a deal for Barcelona’s Frenkie de Jong proving hard to seal.

Whereas Arteta is keen to add to his options this summer due to Arsenal’s return to the Europa League next season.

Earlier this year, the Spaniard said he wanted a squad of 22 top-quality outfield players and three goalkeepers.

The north London side have been linked with a move for Leicester City’s Youri Tielemans and Manchester City’s Gabriel Jesus but will need to manage their resources after failing to qualify for the Champions League.