PLAYER RATINGS: John Stones had a shocker and Kyle Walker was run ragged at centre back as England were thrashed by Hungary… but Jude Bellingham showed ability, energy and maturity

Hungary thrashed a dreadful England 4-0 away on Tuesday to go top of their Nations League group and perpetuate the hosts’ winless run in a competition they had hoped would be a morale-boosting warmup for the World Cup.

Hungary shocked last year’s European Championship finalists in the 16th minute when a miscued header from John Stones dropped to Roland Sallai who controlled the ball on his high before drilling it past Aaron Ramsdale into the goal.

Sallai scored a second in the 70th minute with a perfect finish with the outside of his boot after Kalvin Phillips lost a tackle. Zsolt Nagy and Daniel Gazdag heaped humiliation on England with two late goals, while England defender Stones was sent off for two yellow cards. 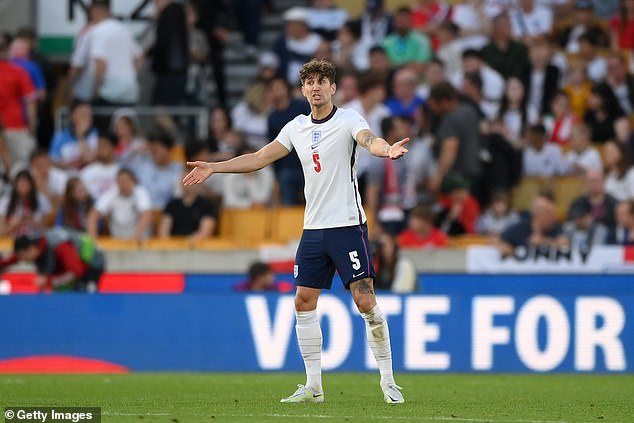 Got a touch on first two Hungary goals but was left exposed each time. Helpless too for third.

Frustrated at full-back, ragged at centre-back summed up by being out of position for Hungary’s third.

Was on the front foot with his defending. One first-half intervention was especially crucial. 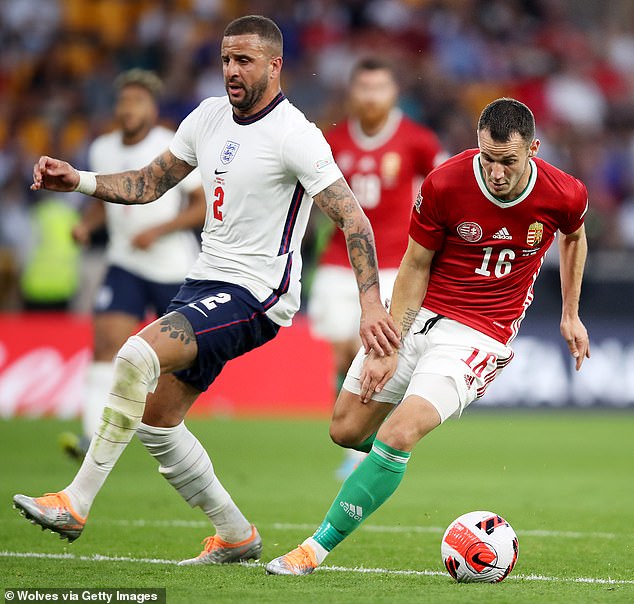 Did not look out of place as first-half left back. Even more threatening as second-half right wing back.

Poor for Hungary’s second goal. Robbed of possession then beaten in challenge. Fine until then.

Produced an all-action display, contributing at both ends. Provided some much-needed intensity.

Keen to take responsibility to try and make things happen. Showed his ability, energy and maturity. 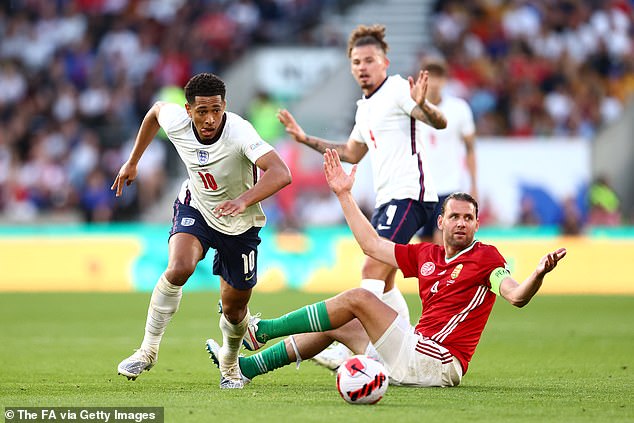 Blew early headed chance. Worked hard but unable to make most of some good situations.

One dangerous cross aside, was not involved enough and little came off when ball did come his way. 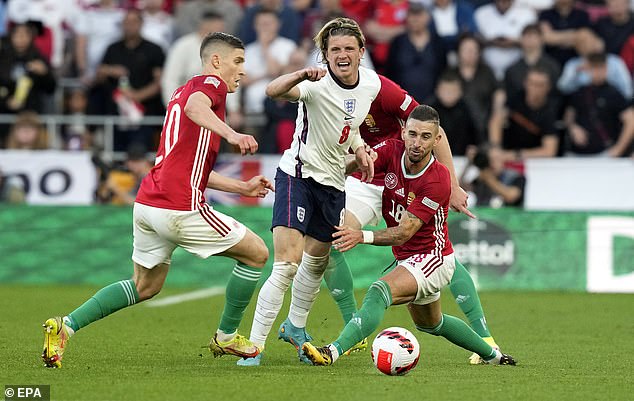 Conor Gallagher provided some much-needed intensity before he was substituted

A shocker of a night to cap an international break to forget. Nothing went right.

No nonsense officiating but got the decision to show Stones a second yellow wrong.