Gabriel Jesus’ second-half deflected strike was enough for Manchester City to beat Chelsea 1-0 to leapfrog Thomas Tuchel’s side in the Premier League table and get revenge for the Champions League final.

The Brazilian striker’s 53rd-minute strike deflected in off Jorginho and past Edouard Mendy to earn Pep Guardiola’s side a vital three points in a title-race six-pointer at Stamford Bridge.

City dominated the match from start to finish and could have added more goals in west London had Jack Grealish and Jesus converted more chances. 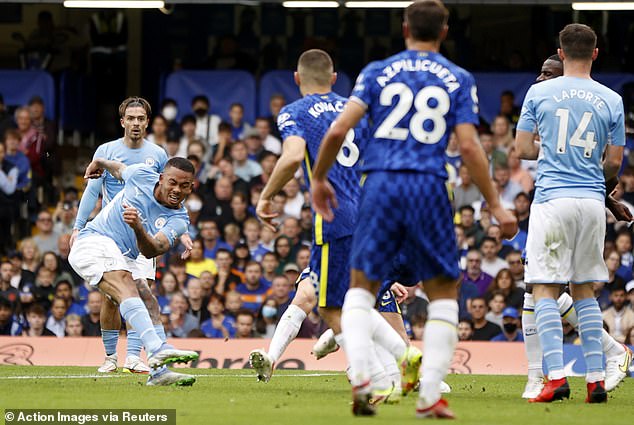 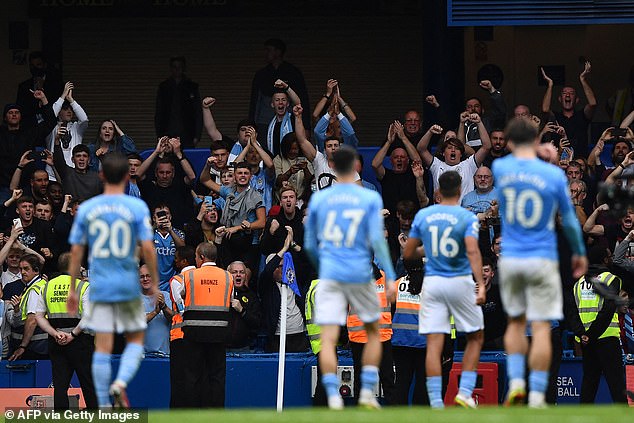 Back in goal after two games out with injury, little to do in a shot-shy first-half but had no chance with Jesus’s deflected goal, and made a good late save from Grealish.

Looked to have the measure of Jack Grealish until a kick from the City man left him with a foot injury in the 10th minute. Played on for another 18 before limping off. 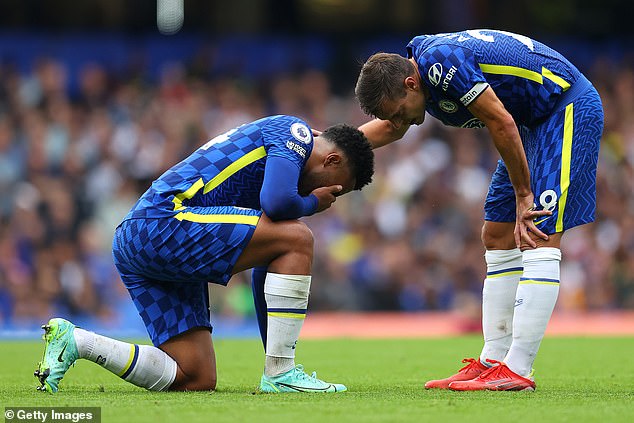 Started on the right of a back three but had to switch to right wing back when James went off. One early intervention was vital when he headed a cross from Jesus away from the goalline.

Started in the middle of a back three but moved to the right when Thiago Silva replaced James after 28 minutes. Always dominant in the air but looked uncomfortable on the ground. Booked. 6

Given an uncomfortable time by Jesus on City’s right, and had a running battle with him and Bernardo Silva which resulted in Michael Oliver speaking to both of them. At fault for City’s goal. Booked. 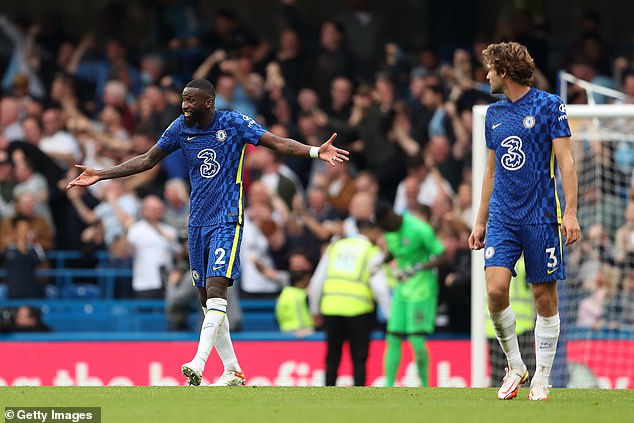 Couldn’t get forward as much as he likes and had more defensive work than usual. Gave the ball away more than once in dangerous areas. Not a good day for him. Booked.

Playing on the right of midfield, struggled to impose himself in the opening half-hour and was eventually replaced by Kai Havertz when Chelsea went looking for an equaliser.

Not his best day in the heart of Chelsea’s midfield, giving the ball away too often. Cleared one Dias header off the line before half-time but at fault for City’s goal. Replaced by Loftus-Cheek. 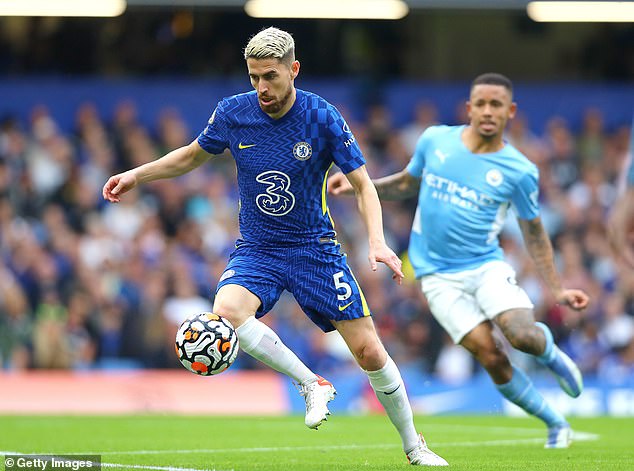 Poor game as City’s midfield had control throughout, and he lost possession too often. One shot in the second half was superbly blocked by Dias, but his passing was poor.

Hardly had a touch until shortly before half-time, and then gave the ball away when trying to set up Timo Werner on the counter. Got the ball in the net from a Havertz pass but the German was offside.

Full of running but as frustrating as ever, his poor touch letting him down more than once. An early shot deflected away for a corner but rarely threatened to score. 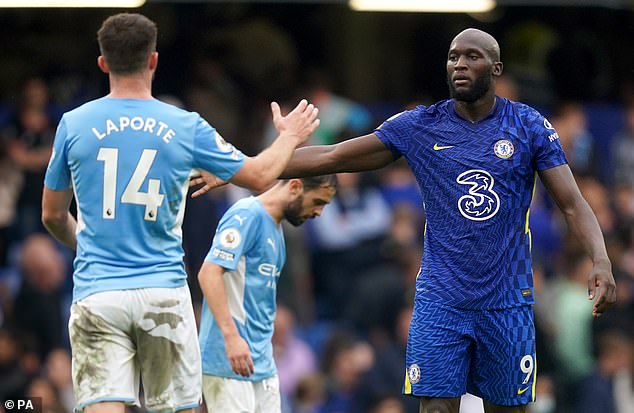 Thiago Silva for Reece James (28) One goalline clearance, but given a torrid time 6.

Kai Havertz for Kante (60) Nothing like his Champions League final heroics, offside when setting up Lukaku. 6

Manager – Thomas Tuchel – 6 : Set up his side with a defensive 5-3-2 formation, meaning Chelsea were on the backfoot throughout, and they rarely looked like scoring. Pep finally got the better of him. 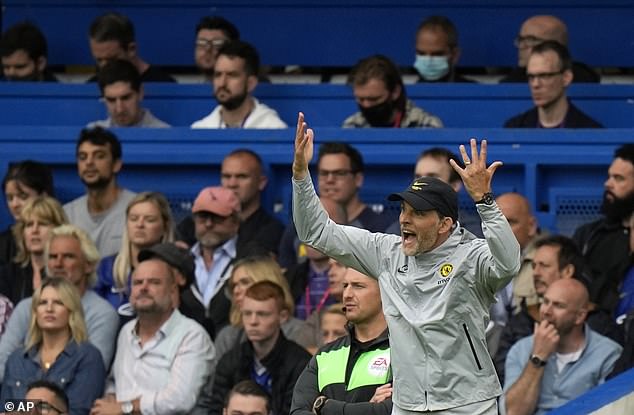 Hardly tested by Chelsea’s toothless attack for most of the game, although he dashed out of his area to boot clear early on, and then punched clear from Havertz late on.

Always composed and calm, and decisive when he had to be, making one brilliant sliding block to keep out a Kovacic shot. Had a header blocked on Chelsea’s line by Jorginho. Booked. 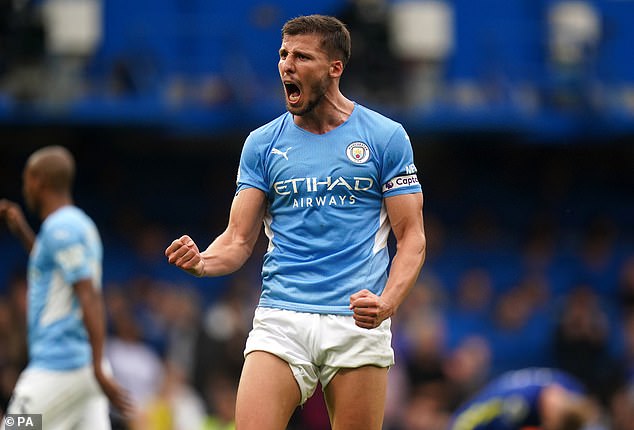 Worked well with Dias to nullify the threat of Lukaku and Werner, and went close to scoring as he slid in on a free-kick in the closing stages. Booked.

Strong defensively and powerful going forward, although his crossing could have been better when he got to the byline. Important clearance in the closing stages. 7

Quiet first half but grew in influence as the game went on and City needed to keep possession. Running first-half battle with Rudiger led to a word from the referee. Tireless running. 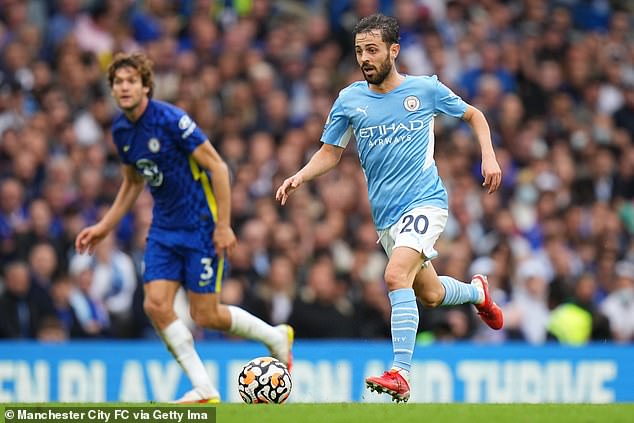 Steady and solid in the centre of City’s midfield, he kept the game ticking over for them and made vital interceptions when required.

Quiet start to the game but grew into it and started to dictate play from midfield. One shot just over the bar, another deflected wide. Replaced by Mahrez in the closing stages.

Excellent display as a false nine, the central of City’s forward three. Gave away height advantage to Chelsea’s defenders but caused them problems all afternoon. 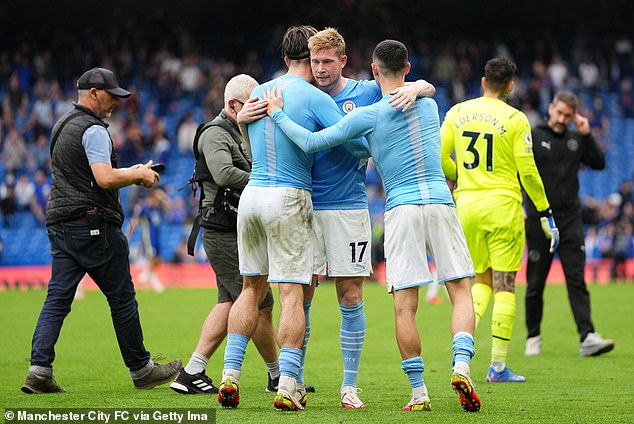 Superb display from the Brazilian, deployed on the right of the front three again. Caused problems throughout despite rough treatment from Rudiger. One shot cleared off the line, the decisive one was deflected past Mendy.

Excellent display again from the £100m man, who caused Chelsea problems coming on off the left wing. Denied a goal by superb save from Mendy in the closing stages.

Fernandinho for Foden 88 Hardly time to make an impression 6 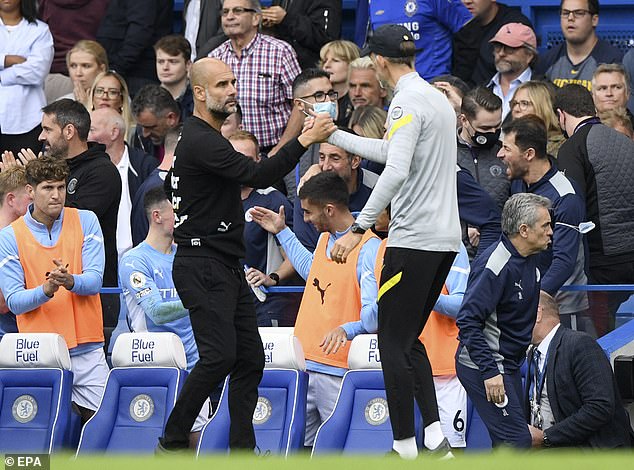 Manager – Pep Guardiola – 9: Beat Tuchel’s Chelsea for the first time in four games. Got his selection spot on, while Tuchel did not help himself with his own tactics. Perfect performance from his side, and he has now won more games than any other City manager.

Ref: Michael Oliver – 8: Kept the game flowing, intervened when necessary and got all the big calls correct.