PLAYER RATINGS: Chelsea goalkeeper Edouard Mendy endures NIGHTMARE game for Senegal in defeat to Holland… as Dutch star Cody Gakpo shines to give his side the perfect start to their World Cup campaign

Late goals from Cody Gakpo and Davy Klaassen gave Holland a 2-0 win over Senegal as they got their World Cup campaign off to the best possible start.

Gakpo and Klaassen took full advantage of poor errors from Senegal goalkeeper Edouard Mendy to give Louis van Gaal’s men victory in their Group A opener.

PSV star Gakpo beat Mendy to the ball to break the deadlock with six minutes to go. 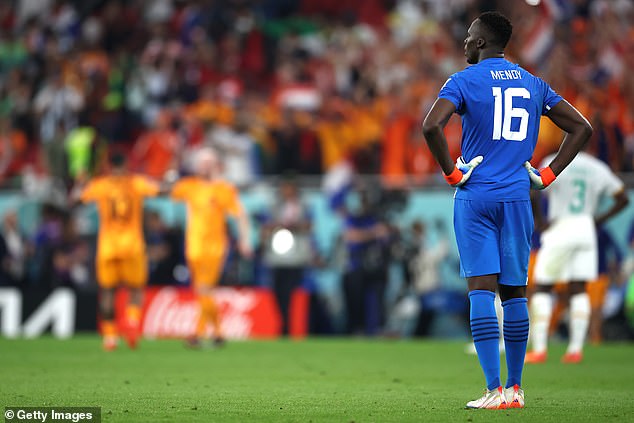 And Klaassen put the result beyond any doubt when he capitalised on an error from the Chelsea goalkeeper to score Holland’s second deep into eight minutes of stoppage time.

Sportsmail’s Liam Morgan rated both teams’ players after the game.

Eduoard Mendy – Was at fault for both goals in a horror show from the Chelsea goalkeeper. 4

Youssouf Sabaly – Was here there and everywhere for Senegal but gave the ball away too often. 5

Abdou Diallo – Did OK in an unfamiliar left-back position before coming off with injury. 6

Kalidou Koulibaly – Had a solid game at centre-back but couldn’t prevent his side from falling to defeat. 6

Pape Abou Cisse – Some shaky moments but overall did well to keep Dutch at bay until late on. 6 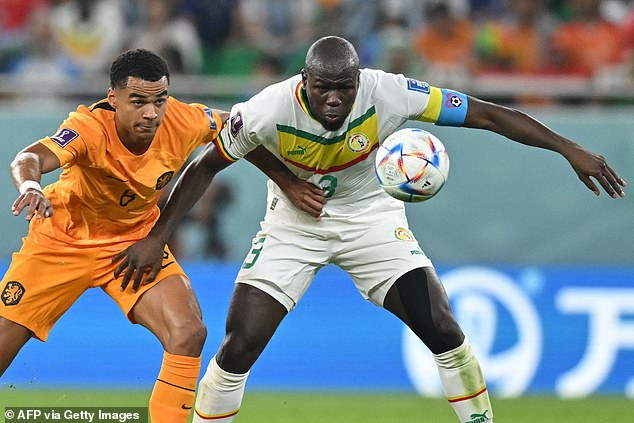 Idrissa Gana Gueye – Looked good in the centre of Senegal’s midfield but was wasteful with his delivery. 6

Nampalys Mendy – Struggled to get a foothold in the game and was wayward in the final third. 5

Cheikhou Kouyate – Had been one of Senegal’s better players before his outing was cut short through injury. 6

Ismaila Sarr – Was a threat in a frantic first-half before fading in the second. 7 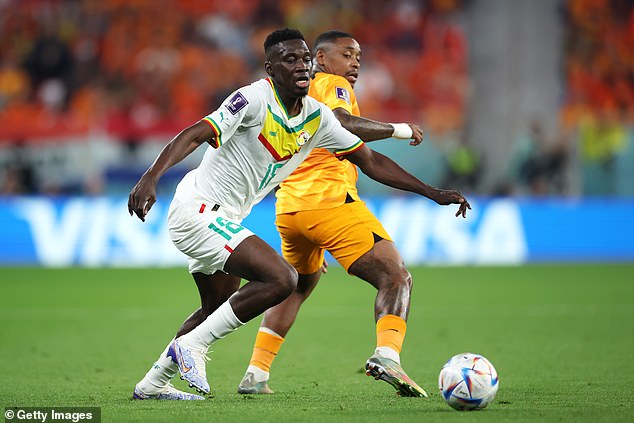 Ismaila Sarr was a threat for Senegal, particularly in the first half, before fading in the second

Krepin Diatta – Was rarely involved and anonymous for large periods. 5

Boulaye Dia – Had a couple of decent efforts but was often starved of the ball. 6

Ismail Jakobs –  Came on with 28 minutes to go after Diallo’s injury. 6

Pape Gueye – Was brought on for Kouyate and tested Noppert with a late effort. 6

Andries Noppert – Given his debut by Louis van Gaal and the stage did not appear to frighten him – although he was given little to do. 7

Nathan Ake – Made a vital second-half clearance to deny Senegal and was largely untroubled. 7

Virgil van Dijk – Gave the ball away in a bad area on one occasion and missed a good chance from a corner, but OK overall. 6 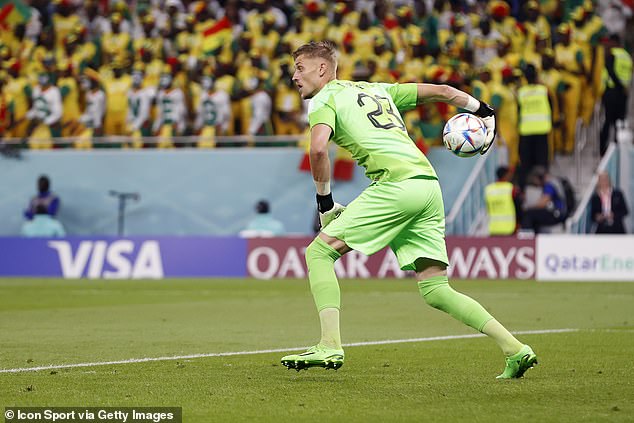 Mathijs de Ligt – Was found wanting at times and was targeted by Senegal’s attackers. 5

Denzel Dumfries – Was unable to get into the game for large periods. 5

Frenkie de Jong – A classy all-round display and his moment of magic opened the door for Holland. 8

Steven Berghuis – Could have done better in key areas but overall solid. 6

Cody Gakpo – Holland’s match-winner and most threatening player, although endured a quiet spell in the second half. 8 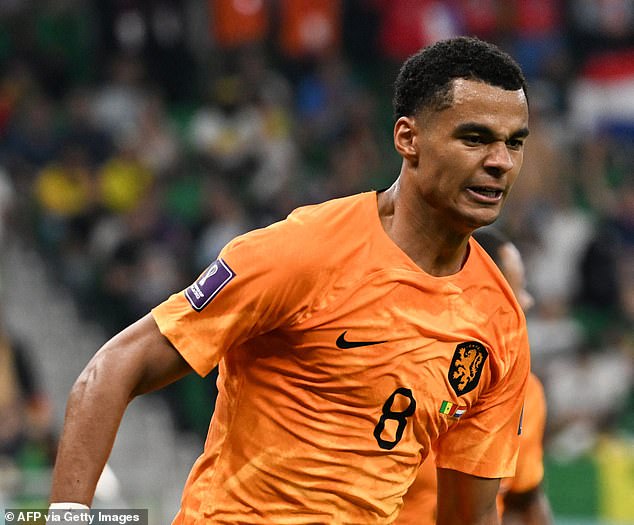 Steven Bergwijn – Was criticised at half-time and needs to do better for Van Gaal. 5

Vincent Janssen – A below-par performance from the Spurs man and did not offer his team anywhere near enough. 5

Memphis Depay – Caused problems when he came on and played a part in the second goal. 7

Davy Klaassen – Was in the right place at the right time to pounce on Mendy’s error. 7 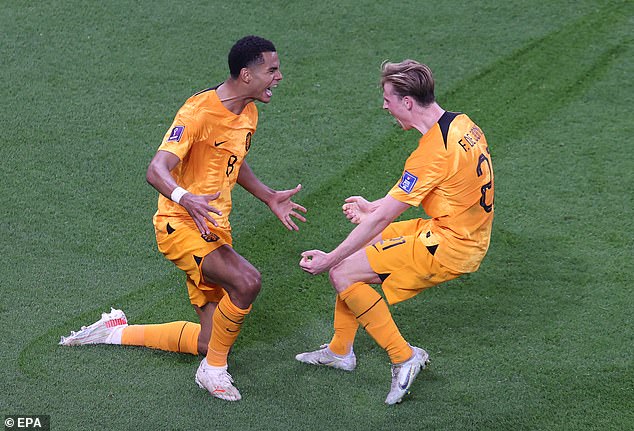