PLAYER RATINGS: Jarrod Bowen and Declan Rice shine for West Ham in memorable win over Chelsea… but  Edouard Mendy has an afternoon to forget as TWO howlers cost the Blues

West Ham came from behind twice to beat Premier League leaders Chelsea at the London Stadium in the early kickoff on Saturday.

The Blues took the lead with 30 minutes gone as Thiago Silva headed in the opener, before the hosts were awarded a penalty when Edouard Mendy tripped Jarrod Bowen in the penalty box.

Manuel Lanzini made no mistake from 12 yards to draw the Hammers level, only for Mason Mount to restore Chelsea’s lead almost immediately with a superb volley. West Ham, however, levelled the score early in the second half through Bowen’s smart finish, before Mendy allowed Arthur Masuaku’s cross to beat him at the near post as David Moyes secured a famous win.

Sportsmail‘s Gerry Cox has rated how the players performed during the Premier League clash on Saturday afternoon. 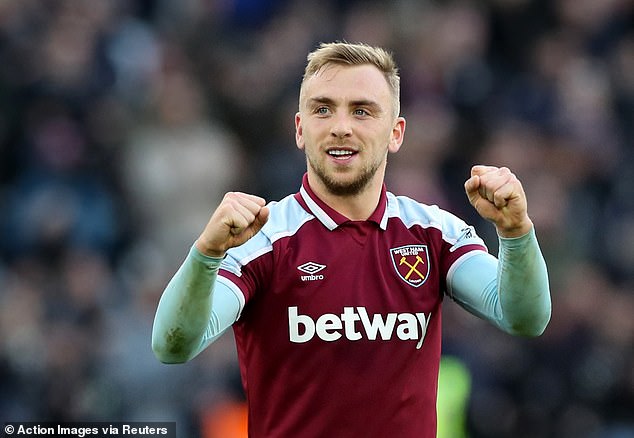 Made some comfortable saves but will feel he should have done better with both goals.

Liked to get forward and looked assured at the back. Won key battles against Alonso. Deft assist for Bowen’s goal.

Cut out some dangerous crosses. Struggled to deal with Lukaku and subbed off injured in the 71st minute.

Made some vital blocks. Dealt with Lukaku’s pressure well. Held the line well when West Ham reverted to a back four. 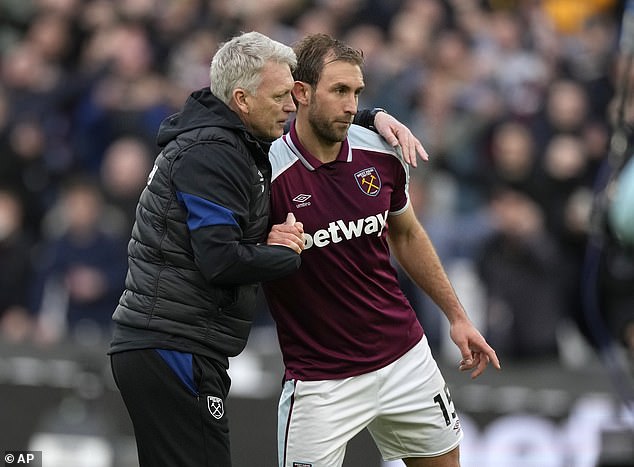 Played his part in some crucial defending. Comfortable on the ball and had a really good game.

Injured and replaced on the stroke of half-time. Struggled to deal with Chelsea’s front line in his 45 minutes.

Broke into the box at times but tried to keep things steady in the midfield. Made a vital clearance to deny Lukaku.

Dangerous from dead ball situations and took the game to Chelsea. Driving runs and always offered as an option. 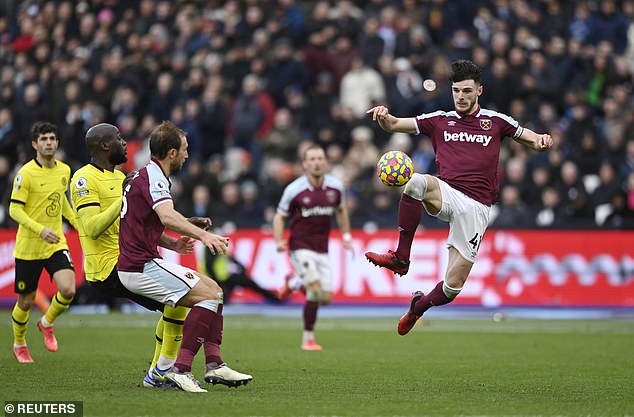 Calmly slotted his penalty in and looked a live wire for the hosts. Played his role in the defensive area too.

His pressing won the penalty as he was always hassling Chelsea’s back line. Took his goal brilliantly. Superb performance. 9

He drifted wide and his pace caused issues. Always dangerous on the ball. Used his strength so well. 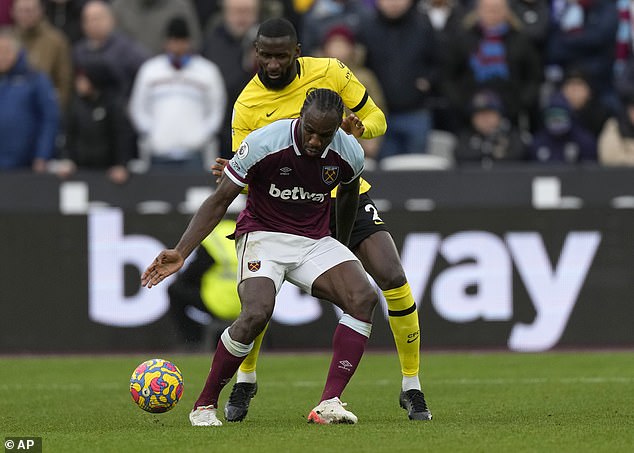 Pushed up high but when called upon stayed tight to Mount. Scored the winning goal after a good link up with Antonio.

Came off the bench and lead the counterattack. His energy stretched the game and got the hosts in good positions going forward.

Replaced Lanzini with five minutes to play. Didn’t see much of the ball but made good runs to give an option.

Shared the blame for West Ham’s penalty, failing to clear Jorginho’s back pass and then tripping Bowen. Should have held Masuaku’s winner, too. 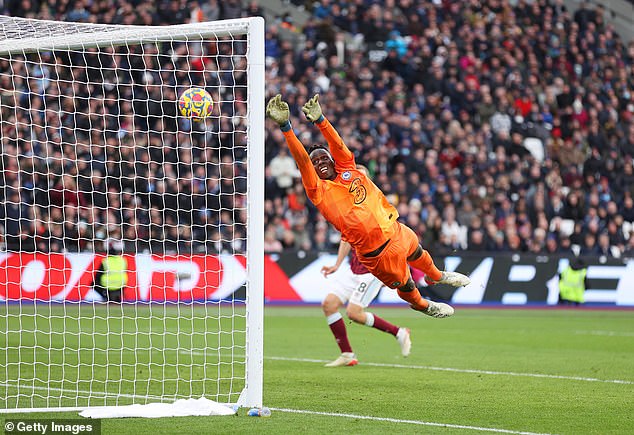 Played on the right of back three, but given a runaround by Antonio and Bowen. Bowen’s goal went through his legs. Booked.

Superb header to open the scoring, then made a goal-line clearance a minute later, summing up his importance at both ends of the pitch.

Not his most disciplined performance, having a running battle with Jarrod Bowen. One storming run forward ended with an overhit pass.

Another fine game from the right-wing back, who used his strength to hustle both Rice and Antonio off the ball – never easy tasks. One powerful shot saved early on.

Steady game in the centre of midfield but did not really open up West Ham or pose a goal threat – his only shot, in the first-half, was deflected and saved.

Horrible back-pass that led to Mendy conceding the penalty from which Lanzini equalised. Did not impose himself on midfield in his usual way. Booked. 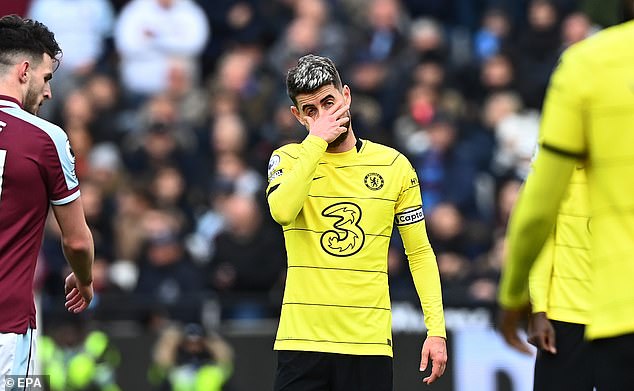 Struggled to get forward and deliver telling crosses from left-wing back and replaced by Pulisic as Tuchel changed shape.

Flitted in and out of the action, and provided the cross from which Mount scored in the 44th minute. Had half-chances to score but lacked conviction. Replaced by Hudson-Odoi. 6

Playing as the central forward again, missed three half-chances before being injured on the stroke of half-time and had to helped off. Replaced by Lukaku.

Sensational volley to put Chelsea back in the lead shortly before half-time, converting Ziyech’s cross with power and precision. Assist for Silva’s goal, too. 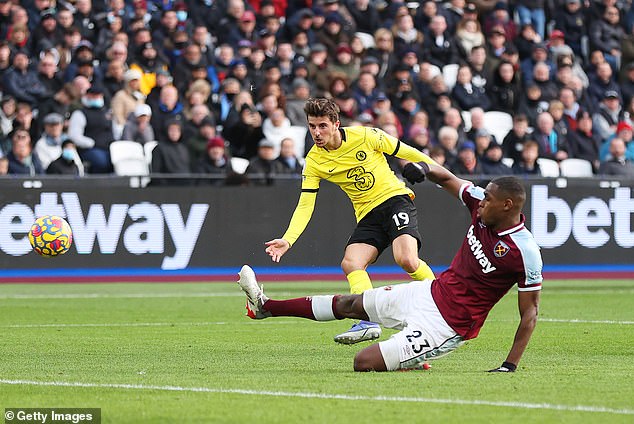 Hardly had a sniff of goal