Harry Kane’s Tottenham team-mate Pierre-Emile Hojbjerg is giving Denmark inside knowledge on how to stop the England captain.

Kane is back in form going into Wednesday’s Euro 2020 semi-final at Wembley after scoring three goals in the knockout stage.

But Denmark midfielder Hojbjerg has drawn on his experience of playing alongside Kane at Spurs to tell England’s opponents the secret to shutting him out. 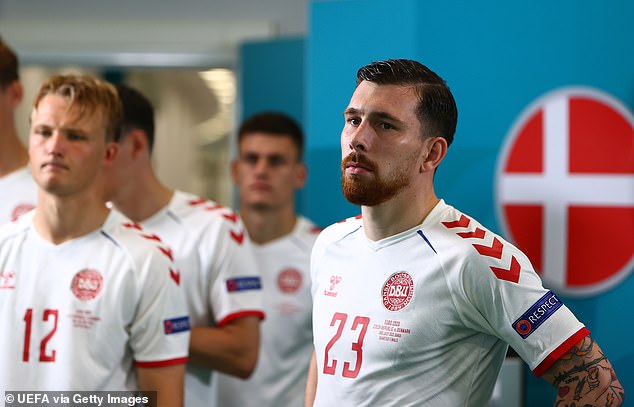 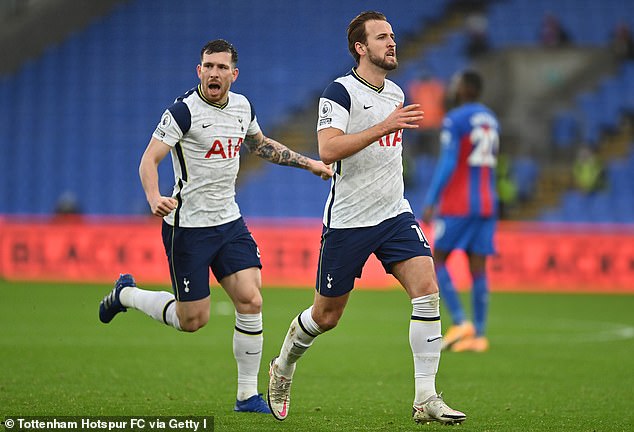 ‘Pierre knows Kane well and he can share things. All footballers have habits and the more we know of them the better,’ said Chelsea defender Andreas Christensen, who is also familiar with Kane’s threat.

‘He shields the ball well and he’s good with his feet, so you have to be careful not to get too close. I want to control him, not fight with him.

‘Kane has the size to be a target man but he has the best qualities with his feet and he’s one of the best finishers in football.

‘(Raheem) Sterling is hugely fast and plays in teams used to having the ball, so they are two important players for England. 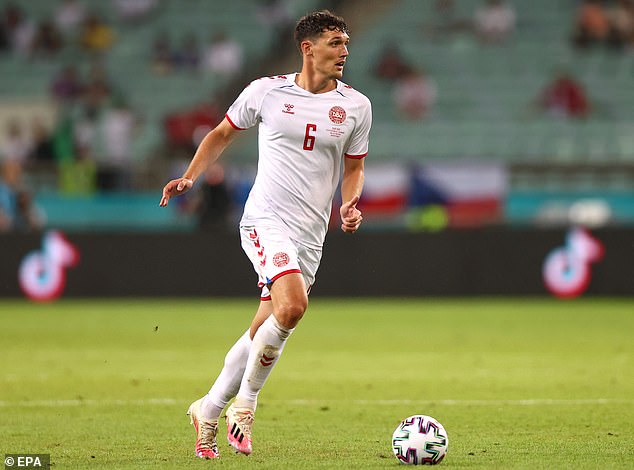 ‘We’re looking forward to it. Wembley is a venue for important matches and we know a lot of their players. We’ve shown we have the quality to play with the best – it’s about who wants it the most.’

Denmark won’t say if Christian Eriksen will be at Wembley to watch the game less than a month after the former Tottenham star suffered a cardiac arrest in his country’s opening game of the tournament.

Christensen added: ‘I’ve had messages from my English friends – players and bosses. That has changed a little after the great support following the first game. Now we’re their enemies.

‘It’s changed to “you were our favourite team but now you’re going out!”. The others are still rooting for us.’ 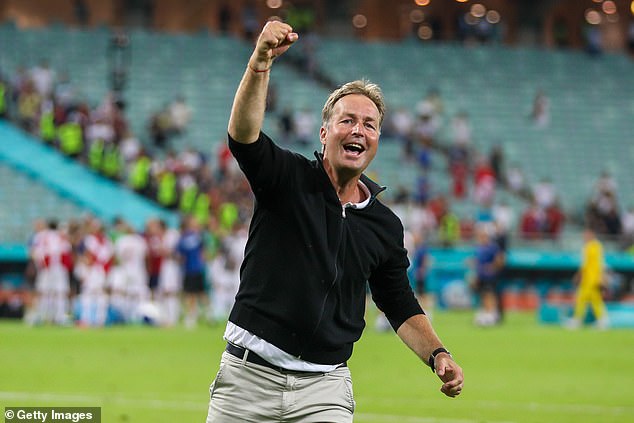 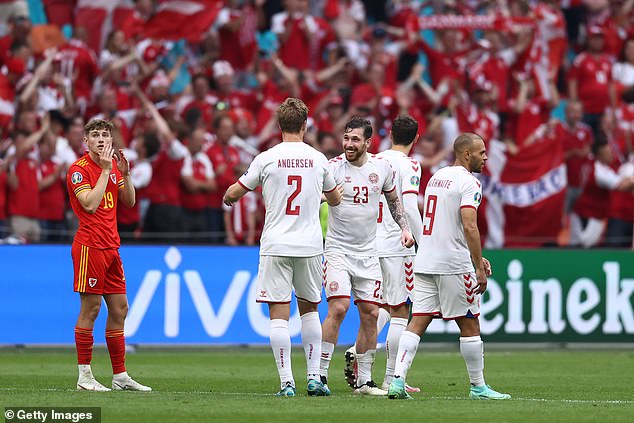 Denmark boss Kasper Hjulmand dismissed the significance of his team playing in red after winning the last three games – and scoring 10 goals – in their white change kit.

Hjulmand also believes his players won’t be fazed by facing England on home turf at Wembley where only a fraction of the 60,000 crowd will be Danish.

‘We’re very happy that there are fans, we’ve played a year without them,’ said Hjulmand. ‘Now there are 60,000 and we look forward to it.

‘We would have liked half to be Danish but apparently that’s not possible. It would be fun to silence an entire stadium.’