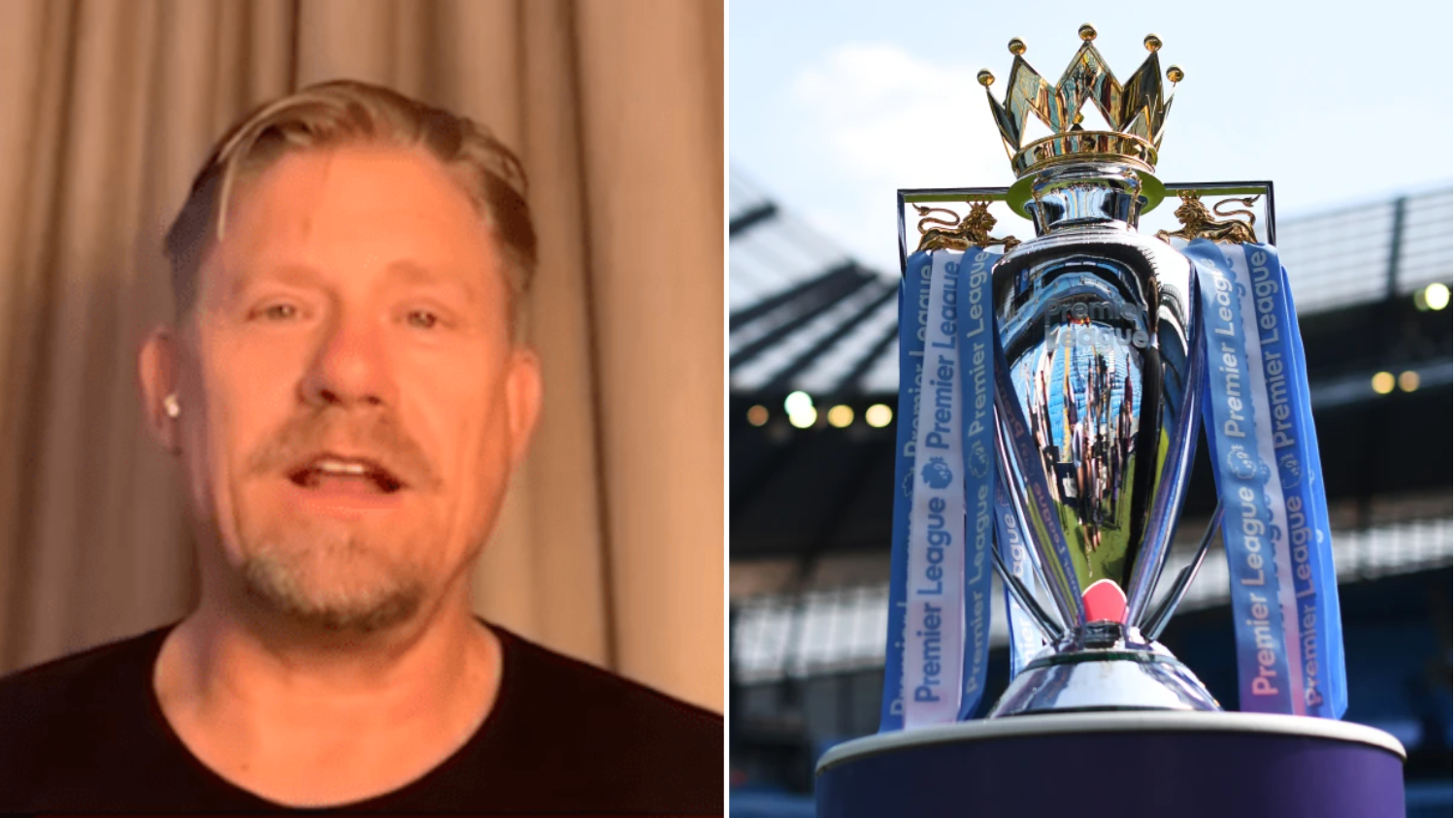 Peter Schmeichel has named the four teams that can win the Premier League this term and issued a warning to Erik ten Hag as he embarks on his first season as Manchester United manager.

Manchester City won their fourth title in five years last season, finishing one point above Liverpool after a thrilling tussle.

City and Liverpool pulled well clear of their domestic rivals but Schmeichel – who won five league titles at Old Trafford – says the 2022-23 campaign will not be ‘plain sailing’ for Pep Guardiola and Jurgen Klopp’s teams.

The Premier League legend believes Chelsea and Tottenham can challenge for the title and says ‘for the first time in a long time’ Arsenal look top-four material.

‘It is not going to be as plain sailing for Manchester City and Liverpool as people think. For both, it’s going to be a very different season,’ Schmeichel told The Times.

‘That tells you how committed he is to playing with a No 9 and we haven’t seen that with Pep before.

‘How’s that going to play out? How long is that going to take to bed in? Will Haaland be as good in the Premier League as in Germany? I’m not sure. Will he score 25 goals? Yes, if the team service him. But City are not used to playing that way.

‘Liverpool are also changing. They signed Darwin Nunez but lost Sadio Mane. Is Nunez going to be as good as Mane? I wonder.

‘The competition will come from Chelsea, and from Spurs, who have signed well and in Antonio Conte have a very clever manager who is so good at getting the maximum out of his players.

‘I’m also looking Arsenal and for the first time in a long time thinking “top four”.

‘Manchester United? Pre-season has been promising but the reality is that a long process of transition is required.

‘The club have backed Erik ten Hag in recruiting players he knows and wanted to work worth, and his first season will be fascinating.’