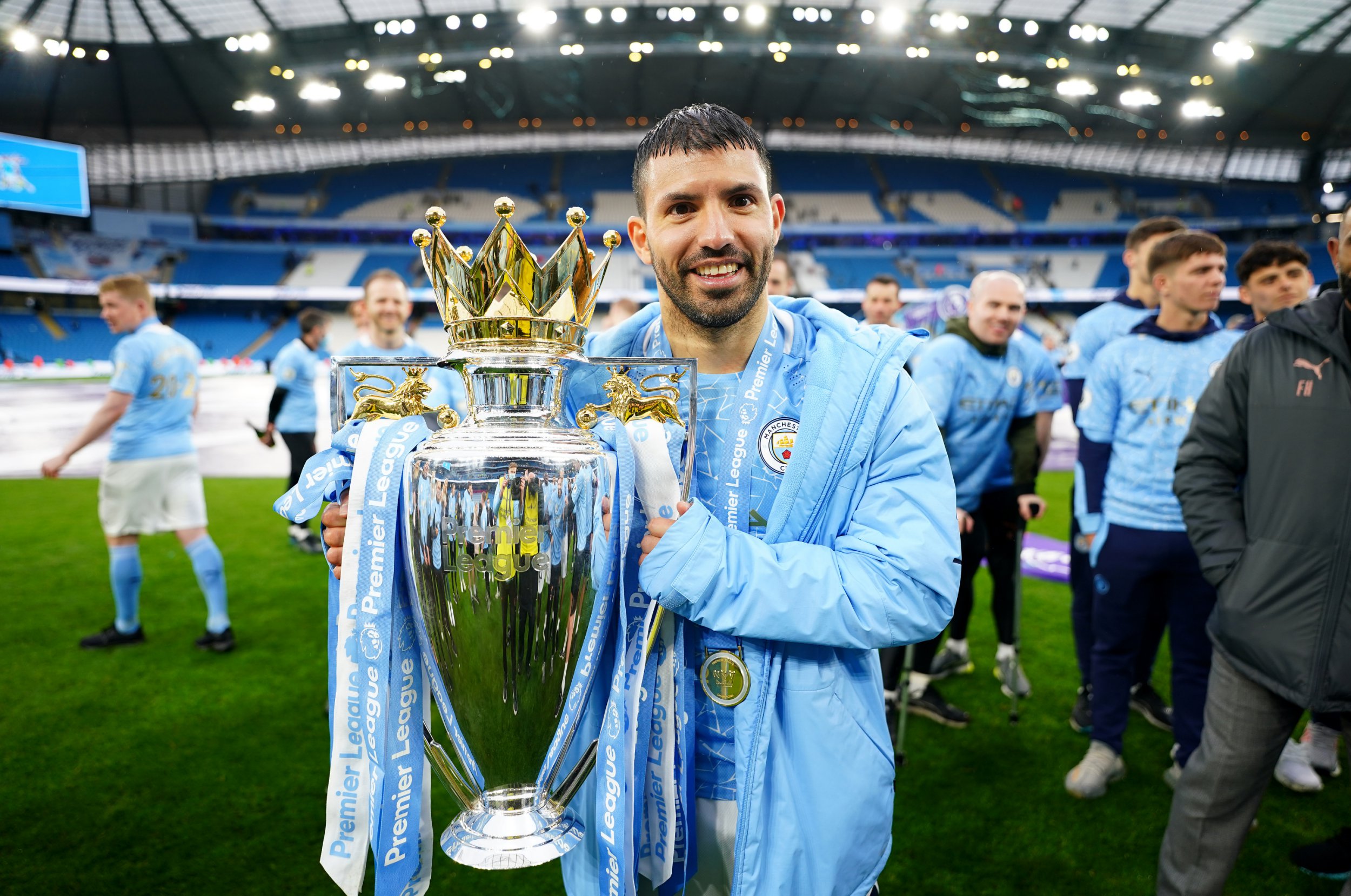 Pep Guardiola has revealed that Sergio Aguero is close to signing for Barcelona.

Aguero scored twice in his final Premier League appearance for Manchester City as Guardiola’s side sealed a 5-0 win over Everton on the final day of the season.

The Argentina international will leave the club on a free transfer following City’s Champions League final against Chelsea next Saturday.

And during City’s title celebrations on Sunday, Guardiola revealed that Aguero is likely to be linking up with Lionel Messi at Camp Nou next season.

‘Maybe I reveal a secret,’ Guardiola told BBC’s Match of the Day.

‘Maybe he is close to agreeing a deal for the club of my heart… for Barcelona.

‘He is going to be playing alongside the best player of all time, Messi.”

‘I’m pretty sure he is going to enjoy. And maybe Barcelona are stronger and stronger with him on the pitch.’

In a separate post-match interview, Guardiola gave a tearful tribute to Aguero.

‘We love him so much,’ said the City manager.

‘He’s a special person. He’s so nice. He helped me a lot… we cannot replace him, we cannot.

‘There are many players in this club – Joe Hart, David Silva – who helped us to be this club. We have his legacy. He showed his quality in 30 minutes.’