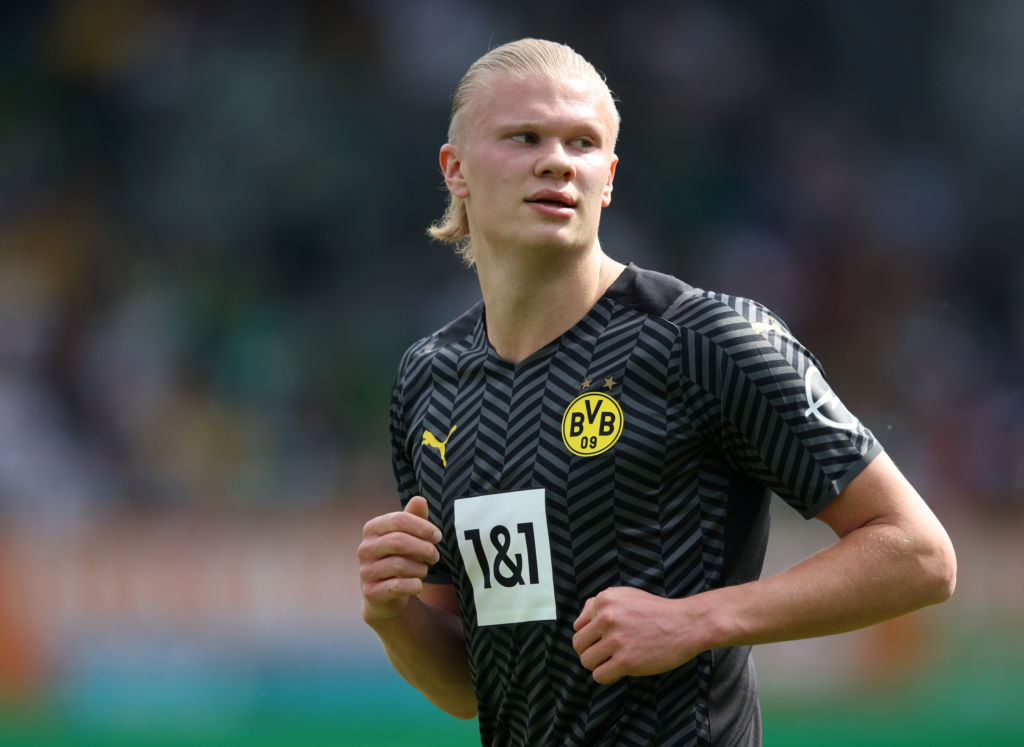 Manchester City boss Pep Guardiola says ‘everyone knows the situation’ with Erling Haaland but says City and Dortmund have blocked him from announcing the deal.

The Norway superstar is set to move to the Etihad this summer after City agreed personal terms with the Dortmund striker.

A clause in his contract means Haaland is available for just £62m this summer and he’s set to move to the Etihad, just 12 months after City were frustrated in a £150m move for Harry Kane.

Though a deal has been agreed, supporters are still waiting on an announcement.

But Guardiola has essentially confirmed the deal by admitting Dortmund have asked him not to announce the capture of Haaland.

‘Everyone knows the situation [regarding Erling Haalaand]. But I should not talk,’ said Guardiola.

‘I do not like to talk about the future.

‘Borussia Dortmund and Manchester City have told me that I can not talk.

‘There will be plenty of time to talk.

Haaland’s arrival will finally see City replace Sergio Aguero since his departure from the Etihad.

The Norwegian came close to joining rivals Manchester United in 2020 but the Red Devils were unwilling to agree to including a release clause in the striker’s deal.