The 22-year-old was forced off in the first half of the defeat and specialists this week have confirmed that he will require surgery.

‘Pedro sustained an ankle injury against West Ham on Saturday where he strained the lateral ligaments,’ read a club statement. 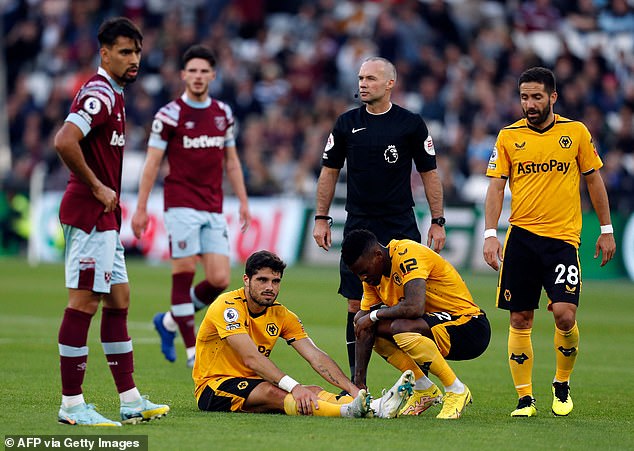 ‘Following further evaluation and a specialist opinion this week, it is planned for him to undergo surgery. This means that, unfortunately, he will not be fit for the upcoming World Cup.’

The winger made the latest Portugal squad but did not play in their Nations League games.

It is a big blow to Neto, who only returned from 10 months on the sidelines in February.

The youngster had broken his kneecap, an injury which also saw him miss out on Euro 2020. 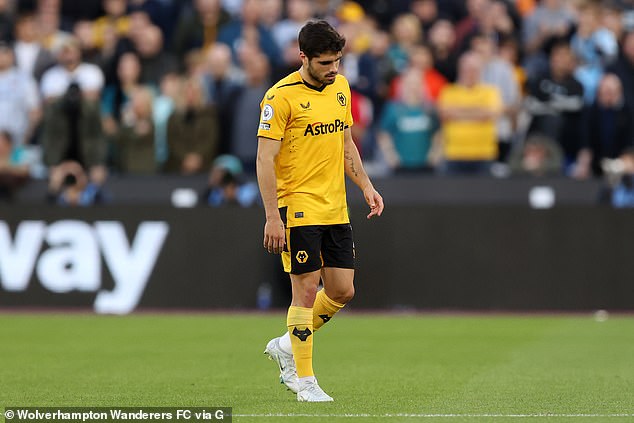 Wolves also gave an update on some of their other players.

‘Hee Chan has made good progress this week and has rejoined team training.

‘Bruno Jordao injured his groin while on loan at CD Santa Clara in September and was unable to play with confidence after rehabilitation. He has therefore returned to the UK to undergo groin surgery. He is expected to return to play in the New Year.’