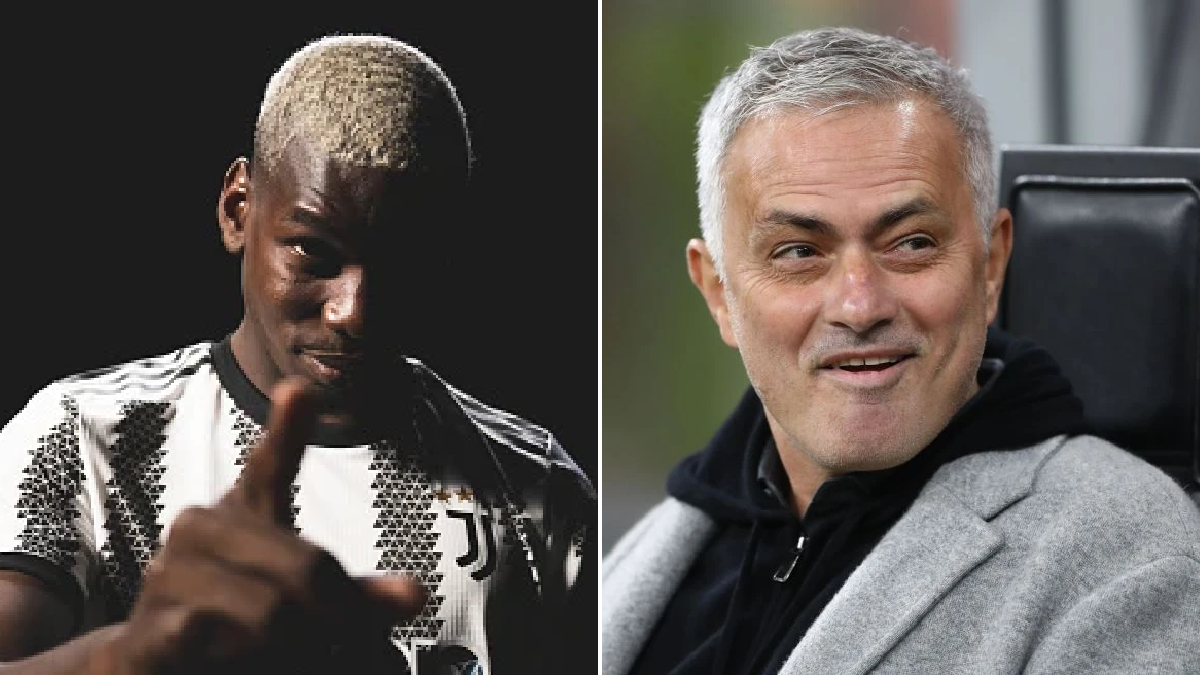 The 29-year-old worked under Mourinho at United and the pair had an extremely fractured relationship, with the Portuguese manager labelling Pogba a ‘virus’.

Pogba has since revealed that he suffered with depression after working with Mourinho, who stripped him of the club’s vice-captaincy in 2018.

Mourinho is now in charge of Roma, helping them win the UEFA Europa Conference League last term, and his side will face Pogba’s Juventus this season.

‘Roma are a great team, I don’t think about Mourinho,’ Pogba said.

‘As I said, I want to win whether it’s against Mourinho or [Filippo] Inzaghi. Winning is the only thing I want.’

Pogba’s Old Trafford exit was highly controversial and he has taken several swipes at the club, with former United defender and pundit Gary Neville saying the situation had ‘left a bad taste in the mouth’.

Pogba re-signed for Man United in 2016 for a then-world record deal worth £89 and largely struggled – but wants to prove that they are making a ‘mistake’ in not extending his deal.

‘My thought process is to show Manchester [United] that they made a mistake in waiting to give me a contract,’ he said.

‘And to show other clubs that Manchester had made a mistake in not offering me a contract.’

Juventus’ season gets up and running on August 15, when they host Sassuolo in Serie A.

Pogba will be looking to help them rediscover their dominance in the Italian top-flight, with back-to-back fourth-place finishes in the last two seasons.

He received a message from Juventus legend Giorgio Chiellini last week, who said: ‘[His return] will be so important. Paul is a fantastic player.

‘Inside he has the fire to show to all of us what a fantastic player he is. I expect so much from him.’