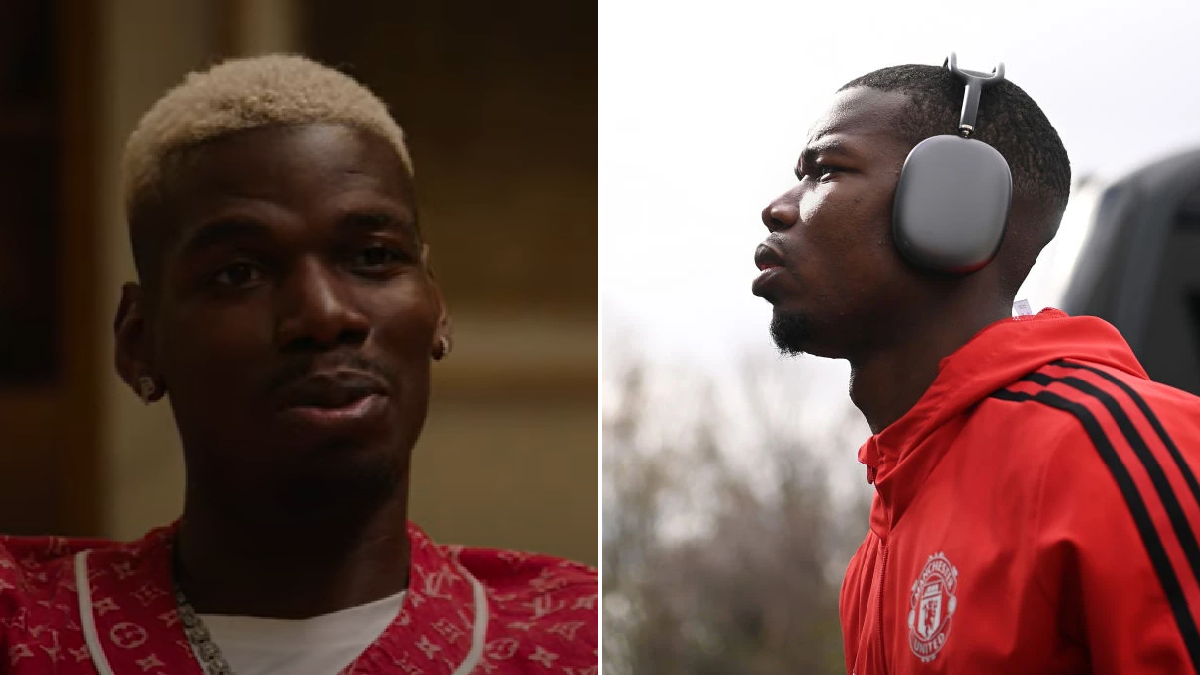 Paul Pogba insists he wants to ‘feel loved’ and ‘enjoy himself’ at his next club after leaving Manchester United for a second time.

United confirmed last week that World Cup winner Pogba would leave Old Trafford on a free transfer when his contract expires at the end of the month.

Pogba cost United a then-world record £89m when he rejoined the club from Juventus in 2016, but the Frenchman has largely underwhelmed for the Red Devils.

The 29-year-old is now being linked with a second spell at Serie A giants Juventus, although European champions Real Madrid and French champions Paris Saint-Germain could rival Juve for a deal.

Sharing an update on his transfer plans, Pogba told the UNINTERRUPTED YouTube channel: ‘I just want the best for me.

‘I’m thinking, putting everything together, taking my time, and I’m just looking for the best, I want to play football, be myself always, and enjoy what I do.

‘I need to enjoy what I do because otherwise I cannot perform well. I don’t want to be thinking negatively. We can be losing games, trophies but you have to be happy and enjoy yourself – that’s what I’m looking for.’

By the end of his second stint at Manchester United, some fans had turned on Pogba due to his inconsistent performances and a perceived lack of desire.

The fact the French midfielder had repeatedly flirted with the idea of a move did not help his cause.

However, many fans and pundits had sympathy with Pogba, viewing him as a world-class player and merely a victim of United’s recent struggles.

Pogba added: ‘Everybody wants to feel loved, everyone needs that in your soul to feel appreciated. Everything you do even when you grow up, when you do a good thing you like to hear “well done, nice”.

‘It’s always been like that, even adults need that. It’s always good to feel the work you do is appreciated that you’re doing well that people are happy with yourself.

‘I think people around make a huge difference because they cheer you up or they can bring you down – it can be both – so you need them to bring you up.

‘Sometimes you just don’t feel yourself, that can happen, just someone saying, “it’s alright, it’s okay”, even the people that were on the bench they give you a push and it’s important, important to feel it from your teammates because you can bring it up also.

‘I like to talk to the people and be a leader but even a leader sometimes needs his teammates to be encouraged, they need to bring him up.

‘Being a leader it’s helping your teammates to the biggest potential, we can fight but it has to be for the good of the player, the good of the team and he brings the level up, brings the positive energy, people trust him, he trusts the people.

‘A leader doesn’t need to score, a leader can be on the pitch, do his job right, pushing each other, sometimes you’re tired and you hear someone saying “come on, come back” all this stuff, he goes he tackles, at the end we all win together, we need someone to push and bring you up when you’re just down you miss a chance in front of goal, you’re down and someone comes tap your shoulder “you’re going to score a goal” just bring the energy up.”

Pogba made 226 appearances during his second spell at Old Trafford, with the highlight of his stint coming in 2017 when United won the Europa League and EFL Cup under Jose Mourinho.