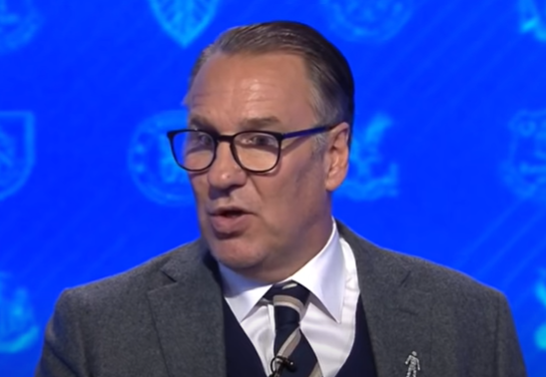 Paul Merson has made his predictions for the latest round of Premier League fixtures as Chelsea host Everton, Arsenal take on high-flying West Ham United and Liverpool welcome struggling Newcastle United.

Chelsea go into the game against the Toffees having picked up a crucial 3-2 victory over Leeds United on Saturday, thanks to a late penalty from Jorginho after Antonio Ruidger was brought down in the box.

That win was their first in three matches in all competitions, having lost 3-2 against West Ham last Saturday before suffering a disappointing 3-3 draw against Zenit St Petersburg in the Champions League group stages on Wednesday.

Everton on the other hand have one just one of their last 10 top flight matches after losing 3-1 to Crystal Palace last time out.

Former Blues boss Rafael Benitez will be returning to Stamford Bridge in search of a much-needed win, as pressure over his future continues to mount.

Meanwhile, Arsenal will be looking to continue the form they showed in their 3-0 win over Southampton last time out when they take on fourth-placed West Ham at the Emirates Stadium.

The Gunners are currently sixth and two points behind the Hammers, but would leapfrog them into a Champions League spot with a win given that fifth-placed Manchester United’s game with Brentford has been postponed due to a Covid-19 outbreak in the United camp.

Club captain Pierre-Emerick Aubameyang could return to the Gunners’ matchday squad after missing the Saints clash due to disciplinary reasons.

Meanwhile, second-placed Liverpool will be looking to continue to put the pressure on leaders Manchester City when they host second bottom Newcastle on Thursday night.

Eddie Howe’s side have picked up just one win in their opening 16 matches this term and suffered a disappointing 4-0 defeat against Leicester City on Sunday to further dent their hopes of avoiding relegation.

Merson has backed Chelsea to comfortably beat Everton, while also predicting the other eight Premier League matches for Sportskeeda.

Norwich City played really well against Manchester United but couldn’t quite get a positive result.

Aston Villa gave a good account of themselves against Liverpool as well and have improved quite a bit under Steven Gerrard.

They’ve defended well in recent weeks and have also looked threatening up front, so I expect them to win this one 2-0.

I just can’t see how Norwich are going to score, so if Aston Villa keep their shape and get their attitude right, they should win this Premier League encounter.

I was impressed with Leeds United against Chelsea. They will play a certain way and cause problems for opposition teams.

Unfortunately for them, that will suit Manchester City.

As Thomas Tuchel said, you always get a hectic game from Leeds.

They are very frantic and man-to-man all over the pitch, which pretty much plays into Manchester City’s hands.

I think Manchester City will record a big win in the Premier League in this one.

This is a hard one to call and I can’t see too many goals being scored when Brighton and Wolves lock horns at the Amex Stadium.

Wolves are really solid defensively, but they haven’t scored enough goals this season and will be without Raul Jimenez for this one.

It was a bad, bad red card and that could swing it in Brighton’s favor.

Wolves played well against Manchester City and it has to be said that it was never a handball from Joao Moutinho, common sense has to prevail in such situations.

Without Jimenez, this is a Premier League game that could well be decided by a solitary goal, so I think Brighton will just nick this one.

Crystal Palace got a great result against Everton the other day, they deserved it.

They’ve been playing really well in the Premier League this season and finally got rewarded for their performances.

I’m worried about Southampton – they did alright against Arsenal but ended up getting blown away 3-0.

I look at this Premier League encounter and can’t see how Southampton have enough to beat Palace, so I’m predicting a 2-0 win for the home side.