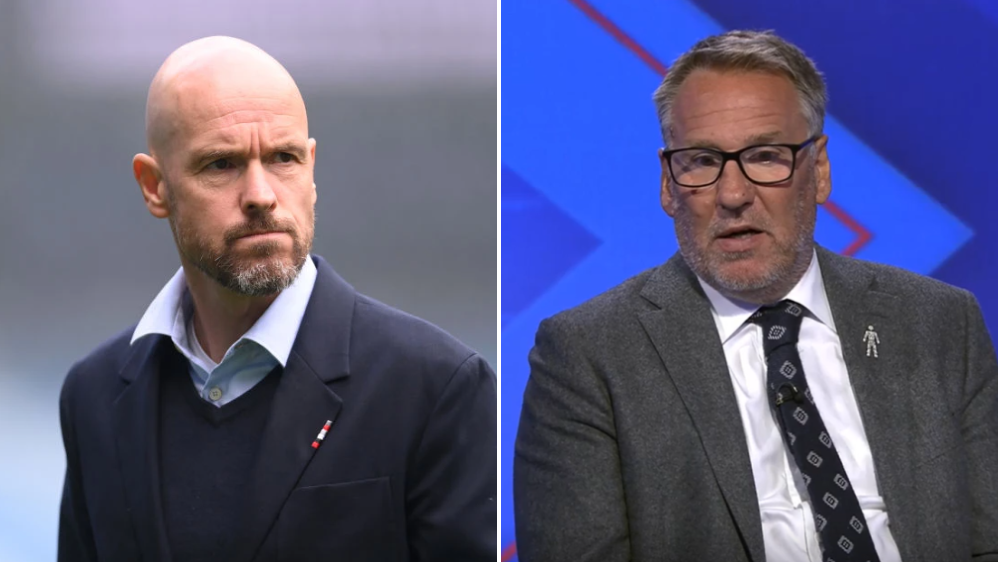 England forward Sancho has endured an underwhelming start to the 2022-23 season, scoring three goals in 12 appearances and failing to make a single assist.

The 22-year-old started Manchester United’s fixture against Newcastle United on Sunday but failed to make a decisive impact as Ten Hag’s side were held to a goalless draw at Old Trafford.

Merson believes Sancho should be left out of United’s starting XI for their upcoming meeting with Antonio Conte’s Tottenham and has made his prediction for the Premier League game.

‘This is a hard game to call,’ Merson told Sportskeeda. ‘Manchester United had a couple of good chances last week, and I don’t think Newcastle picked the right pass at times.

‘I think Cristiano Ronaldo will play this game. I only say that because I know that Tottenham will play everybody behind the ball.

‘Manchester United will need to put balls into the box, and Ronaldo is the best header of the ball in the world. I’d leave Jadon Sancho out this week and play Ronaldo, Rashford, and Antony up front.

‘If United don’t win this game, they take a draw and a defeat on their trip away to Chelsea. They’re facing two of the top four in their next two Premier League games, and it’s a massive week for them.

‘Liverpool could go bang-bang-bang for their nine points, and United could find themselves behind Liverpool by the end of the week. Manchester United have the hardest set of games out of everybody this week.

‘This is a must-win game for Manchester United, and I don’t think that is the case for Tottenham.

United created a number of chances in their stalemate against Newcastle and Ten Hag has called on his players to ‘kill’ opponents in future games.

‘We broke them but we didn’t kill them,’ a frustrated Ten Hag said. ‘Newcastle are one of the most physical teams in the league.

‘They all had cramp and we didn’t because we were good on the ball and let them run. We had the chances, 15 attempts. But our strikers will score a lot. I’m confident about that.’

Tottenham have only lost one of their 10 league games this season, amassing 23 points to climb to third in the table – level on points with defending champions Manchester City and four behind north London rivals Arsenal.