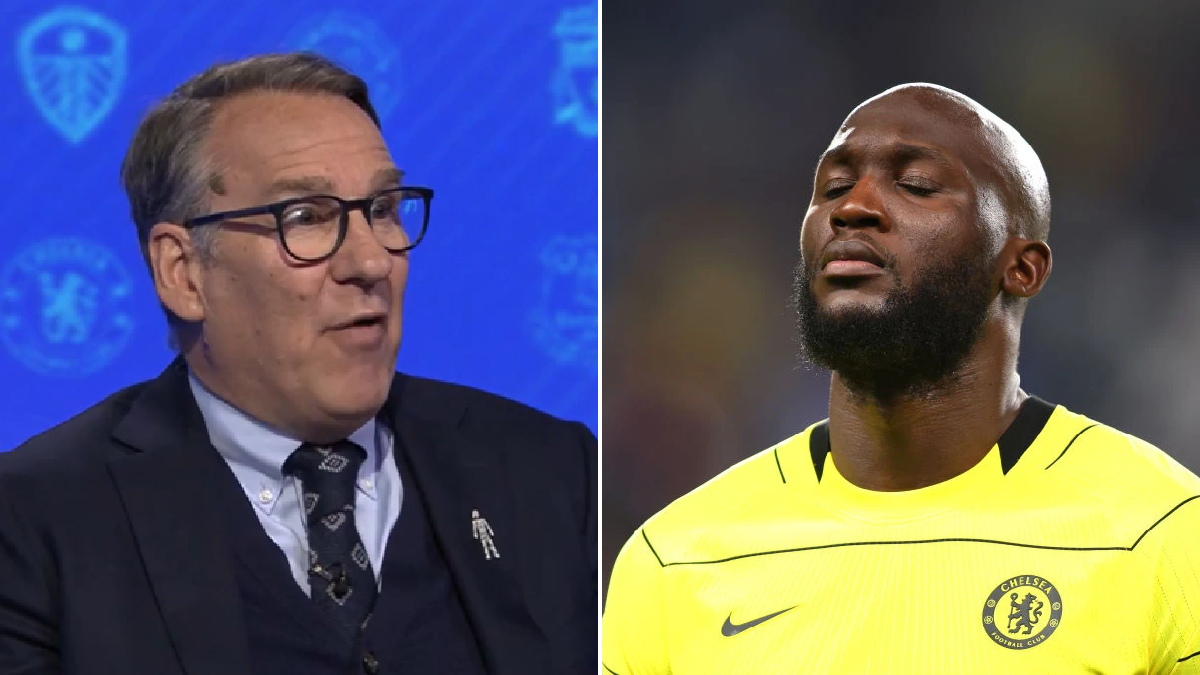 The Belgium international has been heavily linked with a move back to Italy, having admitted in multiple interviews that he hopes to play for Inter again in the future.

But Merson expects Lukaku to stay at Chelsea for at least one more season as he says the Premier League club cannot afford to sell a player for half of what they paid, especially given the uncertainty surrounding the club and its takeover.

Roman Abramovich put Chelsea up for sale after being sanctioned by the UK government but it remains to be seen who will take ownership of the Blues.

‘They’re getting sold, they haven’t got any money, they can’t be buying people for £100m and selling them for half that.

‘That ain’t happening. For me, I think he’ll be staying there, and hopefully he kicks on next season.’

While Merson believes Lukaku will stay in west London, one player definitely on his way out is Antonio Rudiger.

The Germany defender has agreed to join Real Madrid when his Chelsea contract expires at the end of the season and Merson says he will be a ‘massive loss’.

‘Rudiger will be a massive loss, I can’t express how big that’s going to be,’ Merson added.

‘If Chelsea played a four at the back, he wouldn’t be missed. He can only go and play somewhere in a three.

‘He reminds me of a David Luiz – he’ll go and chase the ball, close down, go out of position – but in a three he can go and take that chance.’

Chelsea, who suffered a disappointing 1-0 defeat to Frank Lampard’s Everton last weekend, will look to get back to winning ways on Saturday when Wolves visit Stamford Bridge.