‘I think we are alive’: Villarreal defender Pau Torres warns Liverpool to expect a tougher test in the second leg of their Champions League semi-final clash – as Unai Emery insists the Reds will ‘suffer more’ in Spain

Liverpool must expect a tougher test in the second leg of their Champions League semi-final clash with Villarreal, defender Pau Torres has warned.

Unai Emery’s side set out to remain strong at the back and hit their hosts on the break, but they were undone after an own goal and a strike from Sadio Mane.

Torres is adamant, however, that the tie is still alive – and he has insisted that the Spaniards will look to go on the offensive more in their return clash. 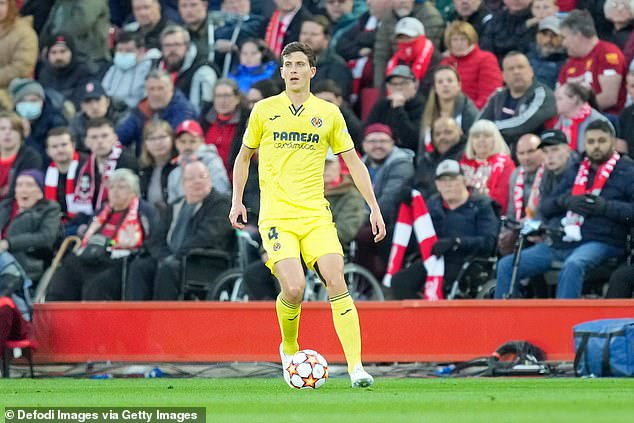 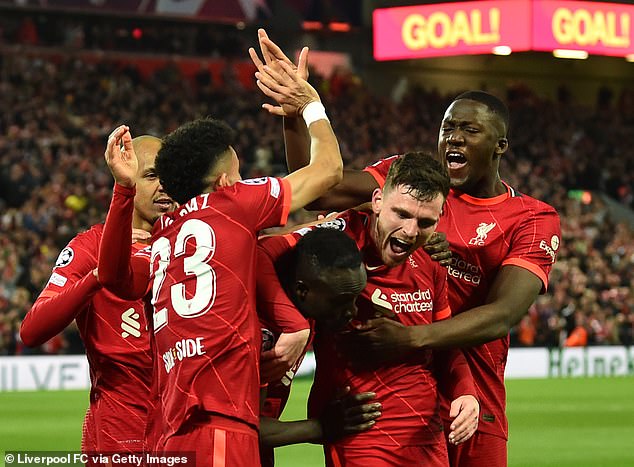 ‘Any error can penalise you,’ he said. ‘We knew where we were coming from. They were a bit better than us. We had planned for the eventuality that they went ahead, but we didn’t withstand as we had hoped.’

He then added: ‘The plan was similar to Munich. We had complete confidence, but we go leave with a two goal disadvantage, 90 very long minutes. One goal at home puts you back in it again. There’s plenty to go.’

Villarreal often found themselves with their backs against the wall at Anfield, and were unable to repeat the dogged heroics that saw them knock out Bayern Munich. 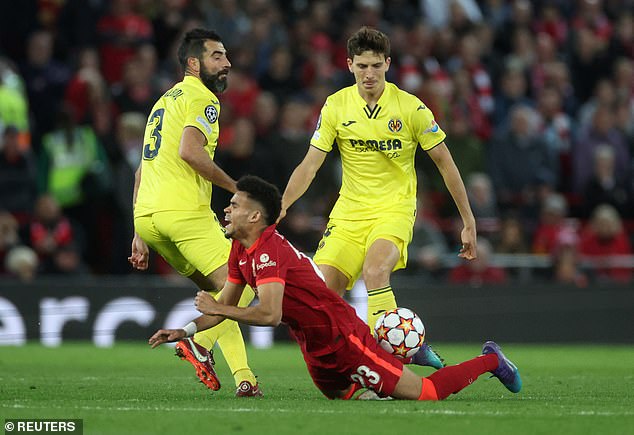 But Torres (R) remains bullish about his side’s chances, and says they will attack more in Spain

In the goalless first half, the Reds were left frustrated, with Mane squandering a golden opening and Thiago’s drive from distance striking the outside of the post.

Torres praised his team’s work before the interval, but admitted the quality of heavyweights Liverpool eventually got the better of them.

‘In the first half we knew how to defend them well,’ the centre back said. ‘We started with a direct game so that they didn’t feel comfortable.

‘We had a break or two… it was our game plan. I think we started well but we are facing a great opponent that can get the better of you.’ 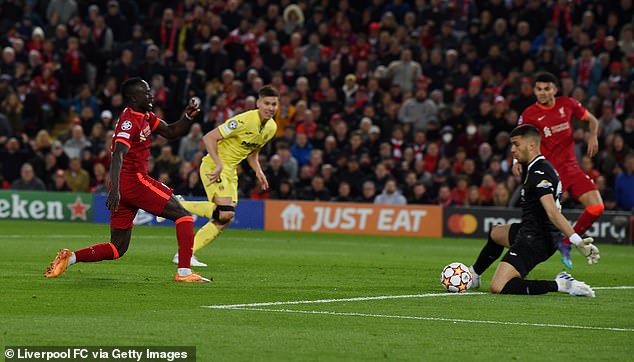 Looking ahead to next week’s clash at El Madrigal, Torres said that Villarreal plan to put on a show in front of their expectant home supporters.

‘In the end, we didn’t want to concede. We wanted to go home with a good result.

‘I think we are alive. We are strong at La Ceramica, we demonstrated that against Bayern. We play differently at home.’

Boss Emery, meanwhile, conceded that Jurgen Klopp’s relentless outfit merited their victory, but echoed the words of Torres when casting his mind forward. 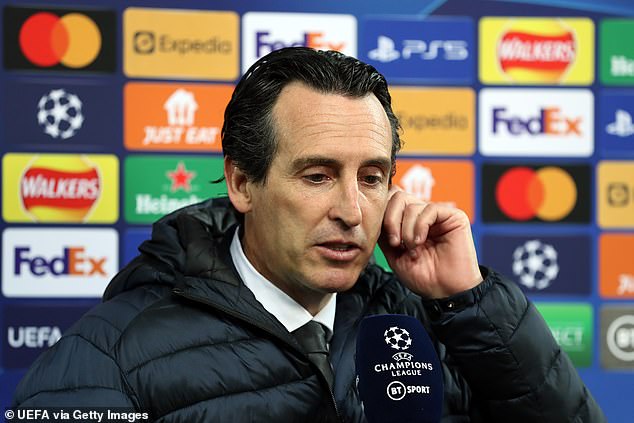 Unai Emery admitted that his side’s opponents were better, but says they will ‘suffer more’ next

He said: ‘We can’t tell nothing about the victory because they deserve it. The first half was defensively good but we didn’t achieve in attack.

‘They had two or three chances to score. The second half was the same and they pushed and deserved to score. 2-0 is a good difference for them, for us not a good result but we will try to dream and do something different in our home.

‘The match next week will be very different than tonight. It is very important in our home to change something, maybe tactically.

‘They are going to suffer more than tonight.’