Patrick Vieira couldn’t resist a few digs at Roy Keane in the latest installment of BT Sport’s What I Wore series, joking that he didn’t want to touch the Manchester United legend’s shirt while insisting he was the ‘much better’ player of the two.

Vieira enjoyed an iconic rivalry with Keane during his time at Arsenal, sharing a number of fiery and ill-tempered battles on the pitch as the Gunners and United went toe-to-toe at the top of the Premier League.

Their mutual disdain also boiled over during an infamous 2005 spat in the Highbury tunnel, where a furious Keane could be heard shouting that his old adversary was ‘not a nice guy’. 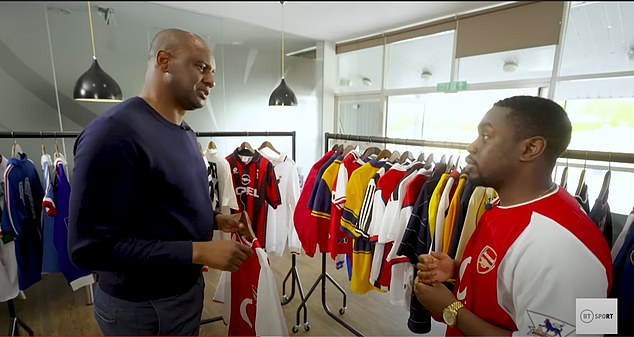 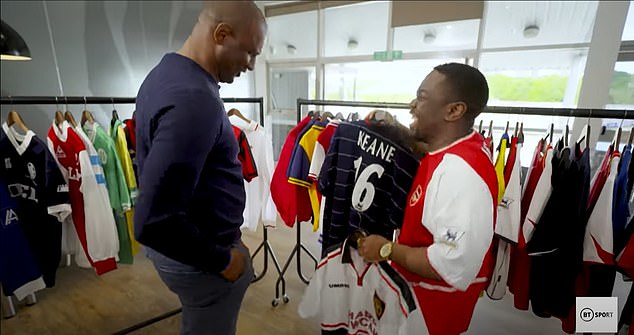 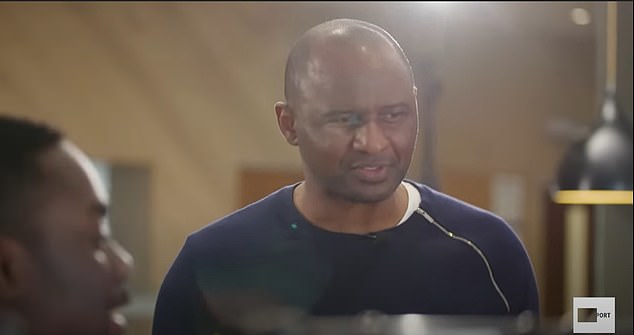 Since retiring the pair have put their feud to bed and even worked alongside each other as pundits, but Vieira still took a hilarious swipe at Keane while looking back at the shirts which best evoke memories of his career.

When presented with one of Keane’s United shirts, the Frenchman joked: ‘That’s why I put my hand in my pocket, I don’t want to [touch] the shirt.’

On a more serious note, however, Vieira expressed his admiration for Keane’s leadership qualities and insisted he has ‘massive respect’ for the Irishman.

‘From the first game [against Keane], I knew straight away that it will be a fight in every single game,’ he continued.

‘So I loved the way he was on the field, it was massive respect. And he was a leader, he was the captain of the team, he was the one who was driving the team and the players to compete at the level he was, challenging the players. 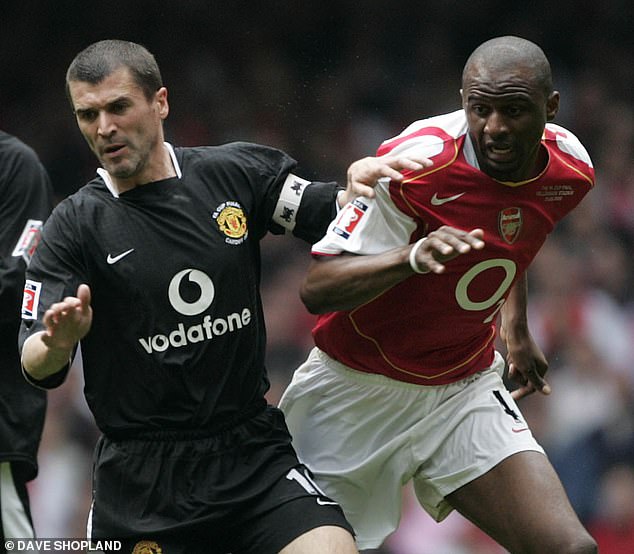 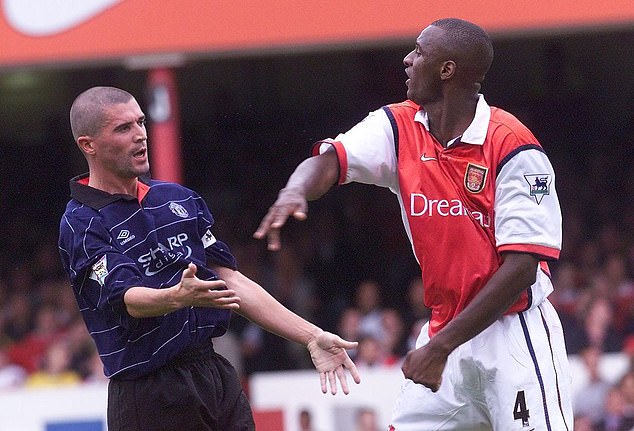 ‘I admire him as a captain and I knew that would be one of the battles to try to win when you’re on the pitch.’

Nevertheless, after boasting that he got the better of Keane ‘really often’, Vieira was asked if he felt he was the better player of the two.

‘Much better,’ he said with a wry smile. ‘I would say much better, yes.’

Arsenal and United dominated English football throughout the late 1990s and early 2000s, sharing the Premier League title between them from 1996 up until 2004.

Arsene Wenger and Sir Alex Ferguson’s managerial rivalry during that time remains one of the most fondly remembered in top-flight history, with Vieira and Keane personifying their friction on the pitch.

‘They were the best team, they were the team to beat,’ Vieira said when shown United’s away strip from the 1999/00 campaign. ‘If you wanted to win the league you had to be above United. 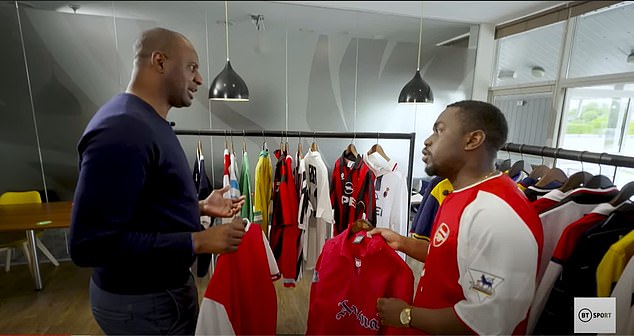 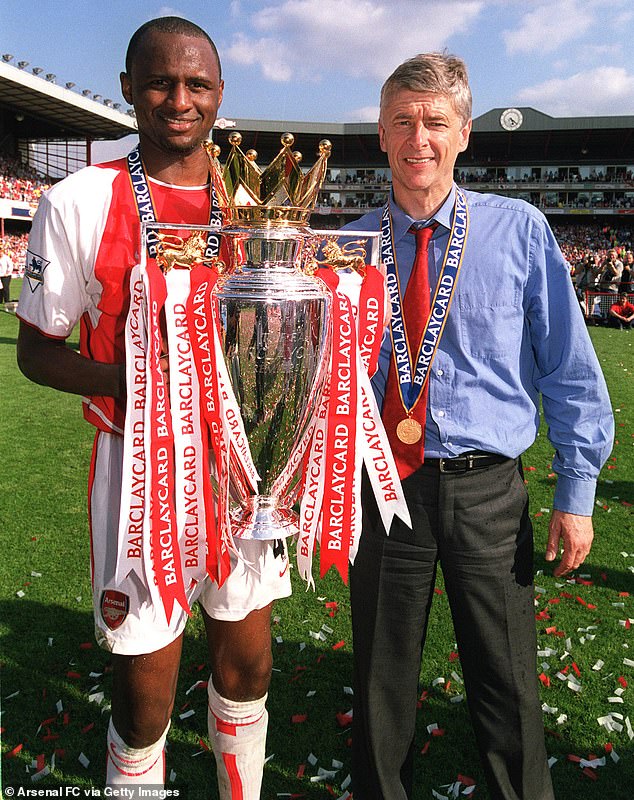 ‘So that was passion, that was competitiveness, and I don’t want to use the word hate, but it was love and hate.’

The high point for Arsenal during that period came in 2003/04, when they became champions while going through the entire season unbeaten. No other Premier League team has achieved that feat.

When asked if he knew they could pull it off, Vieira said: ‘No, not at all. I’m 100 per cent sure. To be honest, the only one that was believing we could go through the season unbeaten was Arsene. But he never mentioned anything to us.

‘Of course you’re building that kind of belief, you play well in each game, the confidence, the belief, you manage to win the title and there’s a couple of games left, then we said “ok we could do something special here.”‘

Watch the latest episode of BT Sport’s What I Wore, and catch up with the whole series, on the BT Sport YouTube channel, Twitter, Facebook and at BTSport.com/WhatIWore.