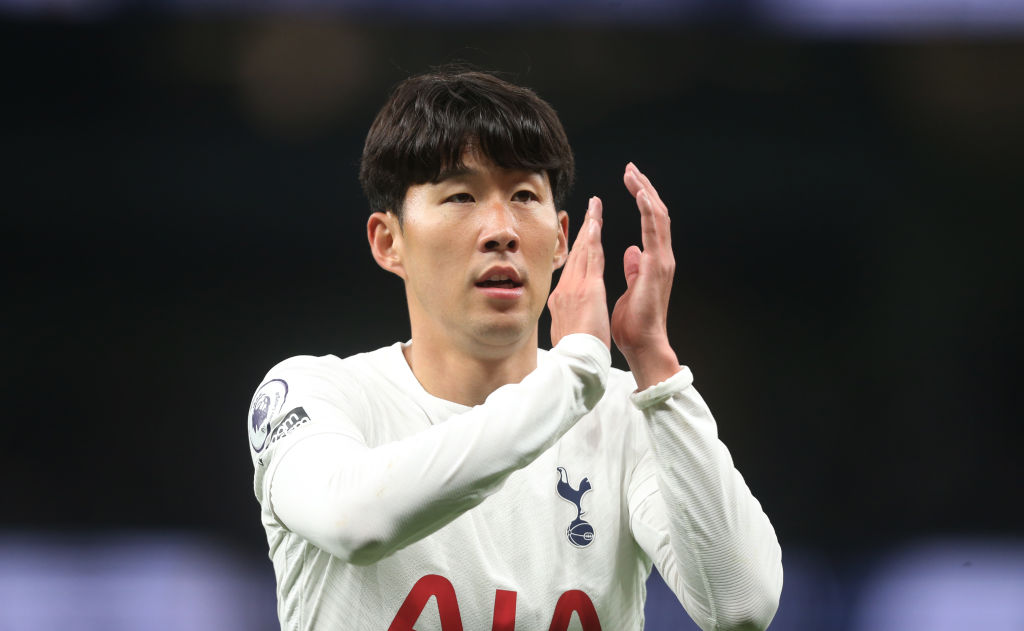 Park Ji-sung believes Tottenham’s Son Heung-min would be a success at Manchester United.

Son has established himself as one of the Premier League’s top forwards with 76 goals and 41 assists in 211 appearances.

And Park, who won four Premier League titles and the Champions League during his time at Old Trafford, has backed his fellow South Korean to be a hit at Old Trafford.

‘He has already proved himself in the Premier League and I believe he’s good enough to do very well at United,’ Park said in an interview with Goal.

‘The only minor issue would be he may not get his favourite No.7 shirt as Ronaldo is already there!

‘But if I had to pick someone other than Son, I would say either Hwang Hee-chan from Wolves or Mallorca’s Lee Kang-in, who both have good potential as players.’

Park also says he is unsurprised that Cristiano Ronaldo immediately impressed following his return to United in the summer.

‘It’s not easy and very rare that a player comes back to United after previously spending his prime years at the club, but I thought if that could happen with a player, it could be Ronaldo,’ Park said.

‘What I remember about him was that he always had the ball next to him, even in the locker room, and right before he went onto the pitch.

‘On top of that, as is well known, he was the first player to arrive at the training ground, and the last one to leave, which shows his passion for football.

‘Also, I saw on many occasions that he was always trying to make himself better and better, putting pressure on himself.

‘This season, I saw him play against Tottenham in London. He scored an amazing goal in that game, but I can’t even say it’s his best goal as he keeps scoring great goals, even since he returned to Man United.

‘People say his performances are amazing even now at 36 years of age, but, as a team-mate who saw him doing all these things before, I believe that it’s just a natural outcome, nothing surprising.’