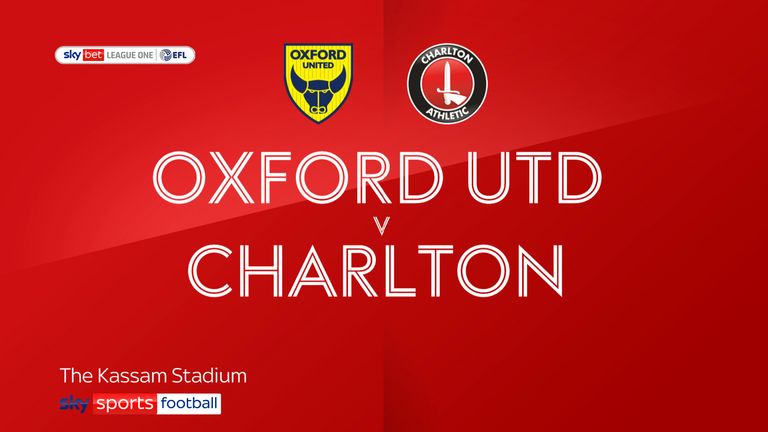 First-half goals from Ryan Williams and Cameron Brannagan brought impressive Oxford a 2-1 win over Charlton at the Kassam Stadium.

The Addicks went close early on as Connor Washington was denied by a smart save from Jack Stevens, turning his shot behind for a corner.

But Oxford looked dangerous whenever they broke, with Mark Sykes involved in a lot of their good work.

On 23 minutes Williams finished off a move he had started deep in his own half, firing high into the net after Craig MacGillivray could only parry Gavin Whyte’s blast.

Eight minutes later Brannagan’s fine first touch gave him the opportunity to hit a fierce angled drive past MacGillivray to make it two.

Charlton got back into the contest 10 minutes before the break when Sam Winnall handled at a corner to concede a penalty and Washington sent Stevens the wrong way from the spot.

The U’s might have added others. James Henry had two good efforts saved, while Winnall should have turned in Sykes’s cross.