‘It looks a bad one’: Manchester United boss Ole Gunnar Solskjaer fears Anthony Martial could MISS the rest of the season after sprained knee sustained on international duty with France

Ole Gunnar Solskjaer has admitted Anthony Martial could miss the rest of the campaign with a knee injury.

Manchester United forward Martial sprained his knee on international duty with France and limped off after 59 minutes against Kazakhstan on Sunday March 28 after appearing to get his studs caught in the pitch.

And the United boss revealed before the Red Devils’ match against Brighton at Old Trafford on Saturday that Martial could be out for a significant period. 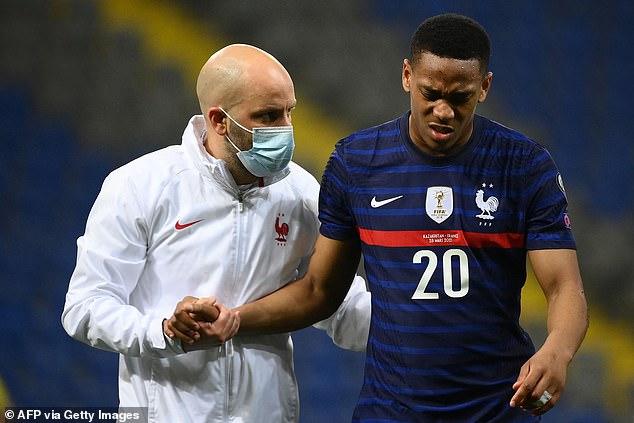 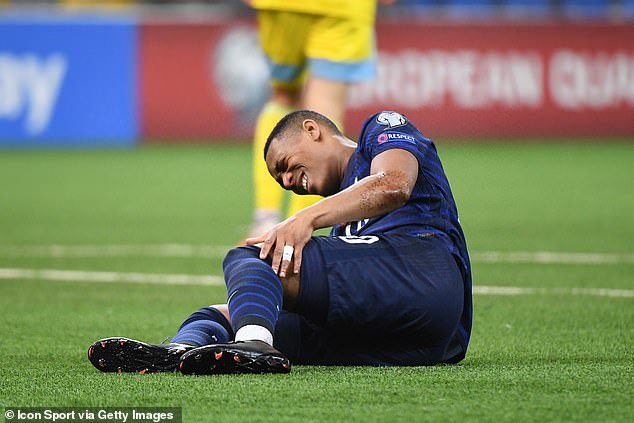 He told MUTV: ‘Unfortunately, he sprained his knee with France. It’s always when they go away on internationals – you can keep your fingers crossed and hope they come back fit.

‘Losing Anthony for what might be the rest of the season is very disappointing, especially when reports from there (France) was that it wasn’t anything serious but it looks a bad one. 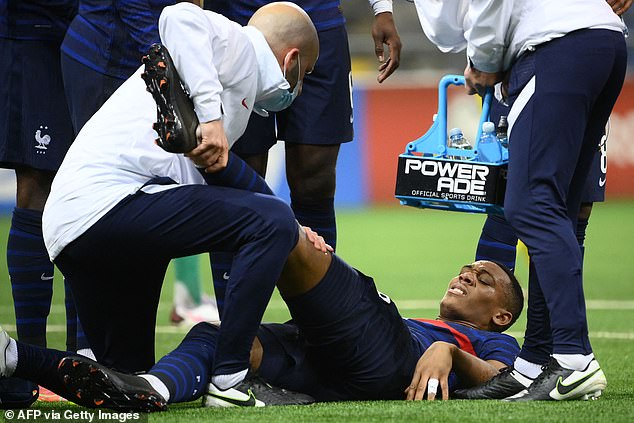 Sportsmail reported earlier this week that Martial was likely to miss the Brighton clash, after missing France’s final game of the international window against Bosnia-Herzegovina.

But his prognosis will frustrate the Norwegian, particularly given France boss Didier Deschamps had claimed it was ‘nothing serious’.

Deschamps said after the Kazakhstan match: ‘Anthony has a small issue on his knee. Nothing is decided yet [as to whether he can play against Bosnia-Herzegovina]. 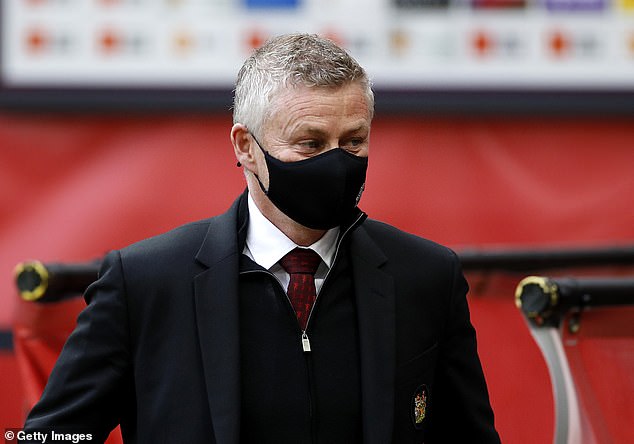 ‘He won’t be taking part in the training session a bit later. Anything serious has been dismissed. We’ve run some tests, but there’s still the pain, and having travelled as long as we have, that hasn’t helped.’

The news will provide a particular blow to Solskjaer given fellow forwards Marcus Rashford withdrew from England with a foot injury and Mason Greenwood left the England U21 camp with a knock.

Both, however, started against Brighton out wide, with Edinson Cavani up front despite only just returning from injury himself; Daniel James and 18-year-old Amad Diallo provided the only attacking options on the bench.