Mukiele, who joined Leipzig in 2018 from PSG’s Ligue 1 rivals Montpellier, said farewell to the German side and their supporters on Tuesday in a social media post.

No financial details were given but the deal is understood to be worth £13m including add-ons. 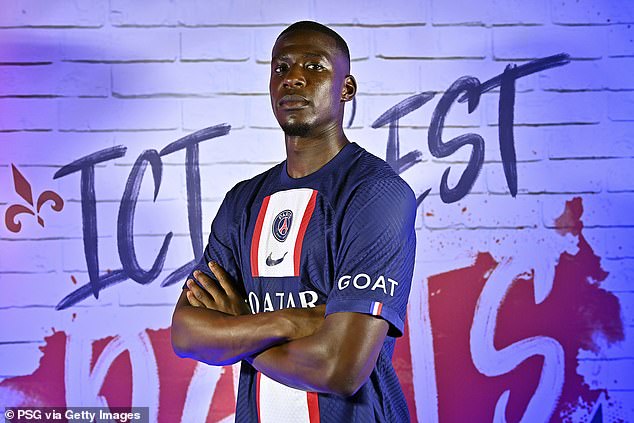 ‘At twenty-four, the native of Montreuil is thus returning to France by committing until 2027 to Paris St Germain, finding a region he knows by heart and a club he has met several times,’ PSG said on their website.

‘Performances were noticed by the coach of the French team Didier Deschamps who called him last September, the opportunity for Mukiele to wear the blue jersey for the first time came during a 2-0 success against Finland.’

Mukiele made 146 appearances for Leipzig in all competitions and helped them reach the 2020 Champions League semi-finals and win the German Cup this year, the club’s first major trophy. 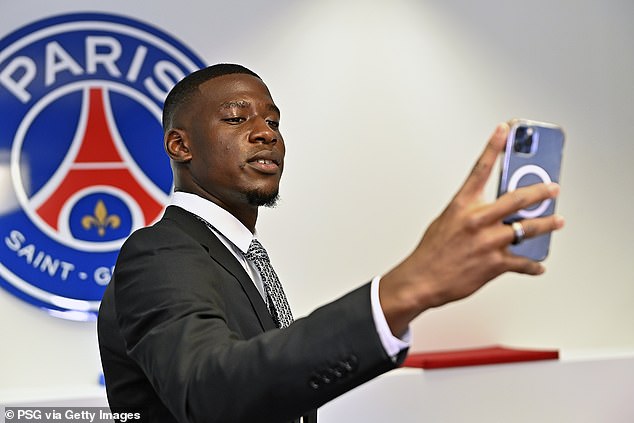 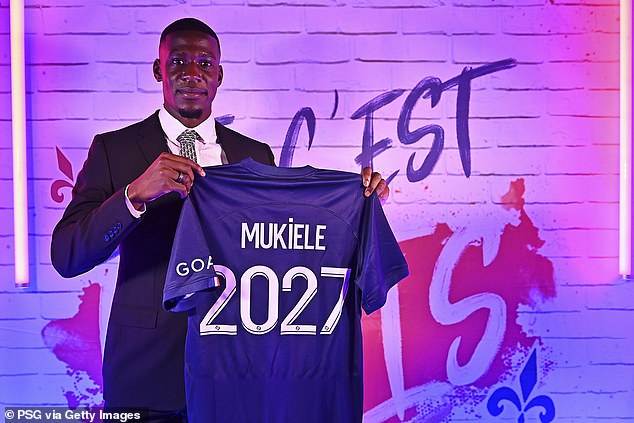 The arrival at PSG of Mukiele, who joined Leipzig from Montpellier in 2018, will provide an alternative to Achraf Hakimi on the right side of defence.

Mukiele — who can also play in a three-man defence, a system favoured by new coach Christophe Galtier — will be the French champions’ third summer recruit after Portuguese midfielder Vitinha and young French striker Hugo Ekitike.

PSG start their league campaign on August 6 at Clermont Foot, who have been promoted to the top flight for the first time.