Newcastle are keeping tabs on Lyon star Lucas Paqueta, with the French club open to selling midfielder along with Moussa Dembele and Houssem Aouar after missing out on Europe

Lyon will listen to offers for their top stars this summer after failure to qualify for European football left them open to selling Lucas Paqueta, Moussa Dembele and Houssem Aouar.

Both Dembele and Aouar have only one year left on their deals, with Dembele – the former Fulham and Celtic forward – finishing the last campaign with 22 goals in an under-performing team.

Paqueta has been linked with Newcastle, who signed his Brazil team-mate Bruno Guimaraes from Lyon last January, while Aouar has interest in the Premier League and Dembele is a proven goalscorer at European level. 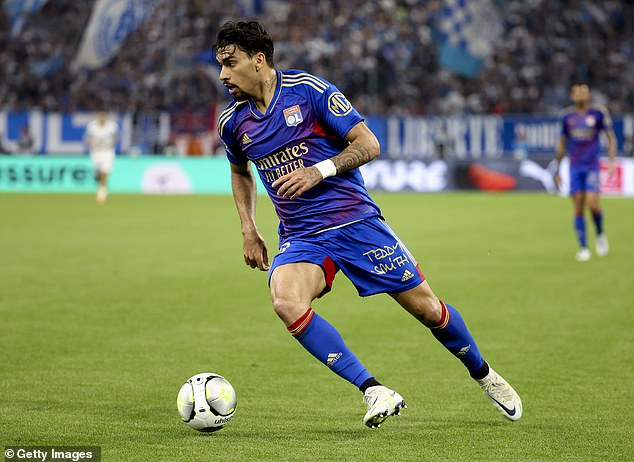 The French giants do not want to find themselves in a repeat of the situation that saw Memphis Depay run down his contract before joining Barcelona last summer. Defender Jason Denayer has done the same this season. On both occasions, Lyon lost out on what would have been a significant transfer fee.

Dembele has experience of British football and would count as a homegrown player thanks to his time in the youth ranks at Fulham.

After breaking through at Craven Cottage, the 25-year-old – who speaks English fluently – had huge success at Celtic before moving to Ligue 1 for £20million in 2018. Sportsmail understands he is available for about £25million. 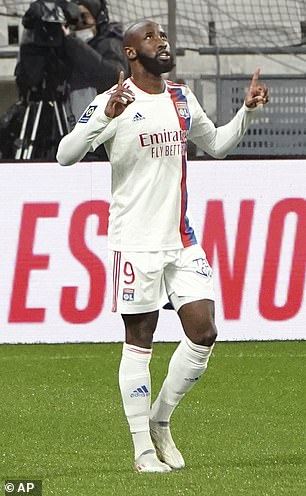 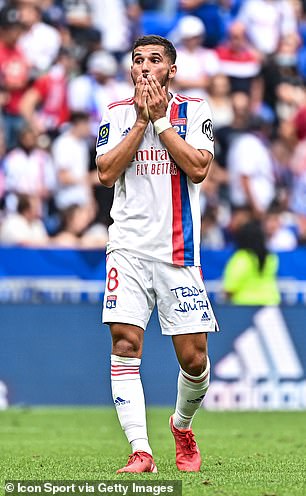 Failing to reach Europe, Lyon are open to offers for Moussa Dembele (left) and Houssem Aouar

Manchester United have previously shown interest in Dembele, while he nearly joined Tottenham in January 2016 when the club were seeking back-up for Harry Kane. He hit nine goals in his final seven Ligue 1 games this term.

Aouar, meanwhile, has been targeted by Real Betis, though at least one Premier League club has expressed willingness to sign him this summer.

Though the midfielder’s star has faded slightly in recent years, he would still be an attractive signing at the right price.