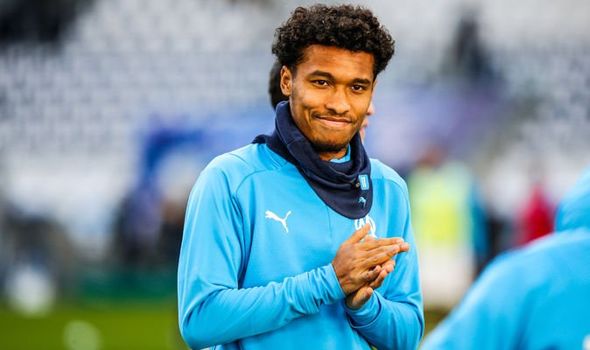 Newcastle have made Marseille defensive midfielder Boubacar Kamara a high-priority transfer target having watched his development closely, according to reports.

The Magpies are closing in on their first signing of the January transfer window after agreeing a fee to sign Kieran Trippier, the England right-back, from Atletico Madrid.

Newcastle have grand plans in the winter window as they seek to avoid the drop from the Premier League to the Championship.

Though Howe’s appointment has led to improved performances, the 44-year-old has overseen just one win and two draws from seven games and clearly needs some upgrades to the squad to help his cause.

And as well as Trippier and their other targets, the Daily Mirror report in Wednesday’s edition of the newspaper that a defensive-minded midfielder is wanted.

Kamara is one of their targets and has even been labelled a priority having been wanted at St James’ Park to help address their defensive issues.

Newcastle have conceded 42 goals in 19 Premier League matches this season which is the joint-worst total in the league alongside rock-bottom Norwich a point below them.

Manchester United have also been linked to Kamara, who will be a free agent in July, but would apparently prefer to sign the player on a free in six months’ time rather than pay money for him now.

Former United boss Jose Mourinho is also said to want the Frenchman at Roma per La Republicca and like Newcastle the Portuguese coach wants a January deal.

But he is out of contract in the summer transfer window and has shown no sign of extending his agreement at the Stade Velodrome, where he has been a first-team player since his debut in December 2016.

Marseille could be willing to do a cut-price deal for the player this month to avoid losing him for free in the summer.

It has been bandied about that Newcastle may have to pay around £10m if they are to pull off a swoop, having agreed a deal in the summer that included a £2.2m loan fee with the option for a £12.9m permanent switch.

The Mirror add that in total, Howe can expect to bring in around four to six fresh faces this month to help beat the drop.