Newcastle United will file an official complaint to the Premier League over a VAR decision that cost them sealing a victory over Crystal Palace on the weekend.

A Tyrick Mitchell own goal was ruled out for a foul by Joe Willock on Crystal Palace goalkeeper Vicente Guaita.

Replays showed Willock was pushed into Guaita by Mitchell in the build-up, though VAR official Lee Mason told referee Michael Salisbury to visit his monitor, where he overturned his original decision and disallowed the goal. 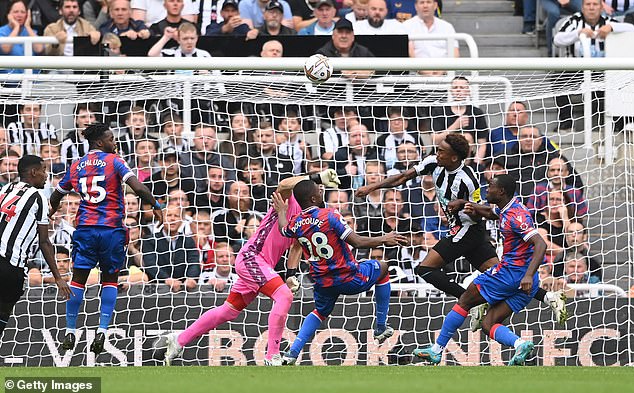 A Tyrick Mitchell own goal, was ruled out for a foul by Joe Willock on Palace’s Vicente Guaita 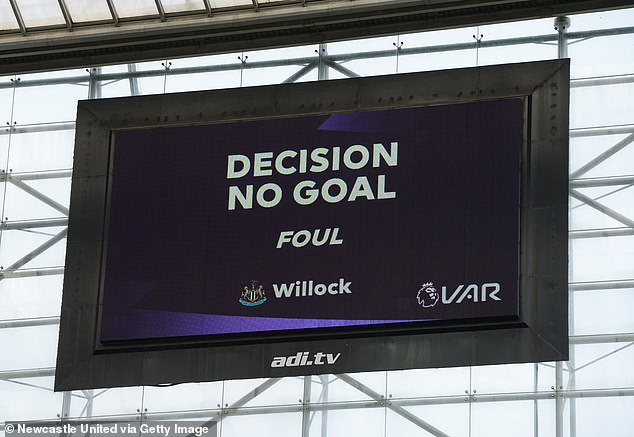 VAR told referee Michael Salisbury to visit his monitor, where he overturned his decision

Telegraph Sport have reported that Newcastle are so incensed by the way they have been treated by match officials and VAR so far this season that they have made a formal written complaint and are seeking an explanation.

Other incidents Newcastle feel aggrieved over include the decision not to award Sean Longstaff a penalty against Wolves, after replays clearly showed the midfielder having his shirt pulled inside the Molineux penalty area.

It was one of a number of controversial VAR decisions over the weekend, including West Ham’s chalked-off equaliser as they lost 2-1 to Chelsea.

PGMOL, the referees’ body, appear ready to accept it may have made the wrong calls in depriving both Newcastle and West Ham goals in separate matches on Saturday. 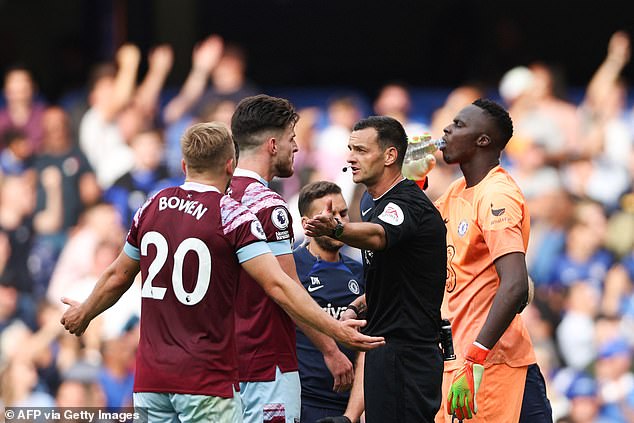 Senior figures within the league itself have demanded accountability, having been left bemused by the two decisions.

Newcastle, however, are growing increasingly frustrated with VAR, with an incident at home to Manchester City also causing consternation – a John Stones challenge on Fabien Schar inside the box going unpunished.

They also conceded a goal in the 98th minute against Liverpool last week, when only five minutes of added time were signalled, with boss Eddie Howe denying his team were guilty of time wasting at Anfield.

It will be the second time in the space of just nine months that Newcastle have complained about the standard of refereeing and accused the game’s authorities of treating them unfairly. 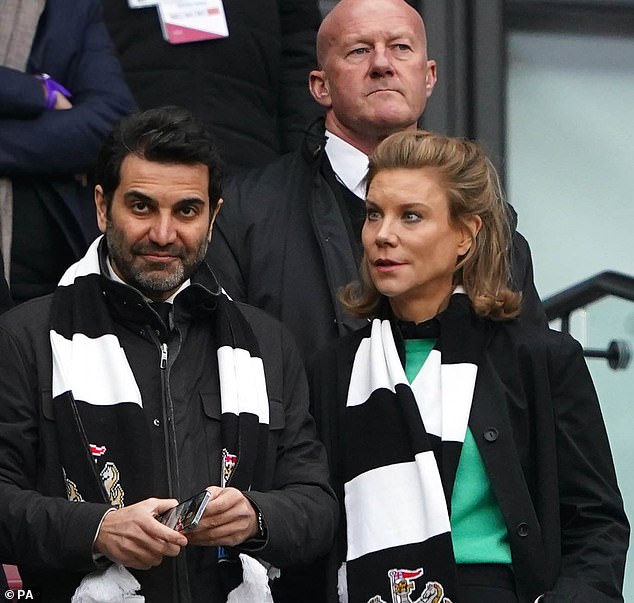 Newcastle co-owner Amanda Staveley (pictured, right) has given her view on VAR decision

‘I had a sleepless night, we should have won,’ Staveley told Tyneside Life. ‘I hated the VAR decision. Obviously, that’s something we’re dealing with, and it seems to be a consistent theme of the last few games.

‘We are dealing with that, and we’re talking to officials, and trying to get something that we think will work going forward.’

PGMOL was immediately ordered to investigate after the incidents on the weekend.

The body is understood to have promised to cooperate with the Premier League’s rare request, and will ‘take lessons’ from the furore to help shape training of match officials.

PGMOL said in a statement: ‘PGMOL acknowledge the incidents to disallow the goals in the Chelsea v West Ham and Newcastle v Crystal Palace fixtures.

‘We will fully co-operate and collaborate with the Premier League and their request to review these two particular incidents, using the outcome as part of the ongoing assessment of weekly performances and the development of our match officials going forward.’