Newcastle have reportedly promised boss Eddie Howe that a £40million asking price for Allan Saint-Maximin would be reinvested in the Magpies’ squad. Chelsea and Tottenham have both been linked with the Frenchman this summer, with a deal not entirely ruled out.

Saint-Maximin remained a key player at Newcastle after Howe’s appointment last November, despite some suggestions that he might not fit into the former Bournemouth head coach’s preferred style. The 25-year-old’s form caught the attention of some of Europe’s top clubs.

Newcastle have not spent the big money that many expected this summer, with Howe perhaps disappointed to have not signed a forward so far. Reims striker Hugo Ekitike turned down a transfer to Tyneside in favour of a loan switch to Paris Saint-Germain.

But Howe has been promised that £40m will become available if Saint-Maximin departs. That is the fee Newcastle will ask for if Chelsea or Tottenham enquire about a deal. 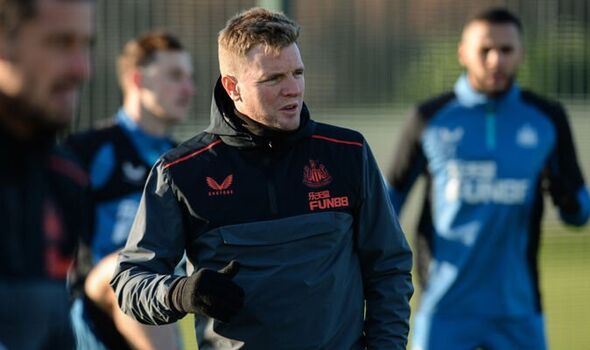 The Athletic report that the fee will be reinvested into the squad, which has already drastically improved since The Saudi Arabian Public Investment Fund purchased the club last year. Sven Botman, Nick Pope and last season’s loanee Matt Targett have all been signed this summer for a combined fee of around £60m.

But reports of Saint-Maximin’s potential exit come amid reports that he has ‘annoyed’ his team-mates. Howe was forced to intervene after the former Nice star parked his Ferrari in the yellow-chevroned box outside the club’s training ground.

“That is something we will be addressing with him,” Howe confirmed during the club’s pre-season training camp last week. Saint-Maximin was also seen having a heated exchange with Jacob Murphy during a training session in Saalfelden, Austria, where Newcastle have flown to prepare for the new season. 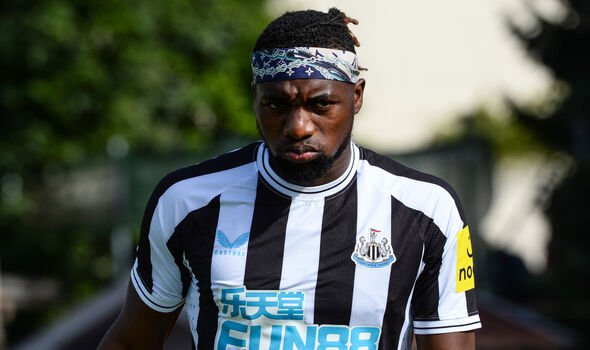 But Howe also insisted that the club have made a concerted effort to ensure the ex-Monaco ace is ‘in a good place’. He added: “We’ve worked really hard with Maxi during pre-season. He’s in a really good place, I think.

“He looks happy. He’s trained well. He’s delivered everything that we’ve asked him to deliver. You know, we’ve pushed him physically. He’s responded. So, I’m hoping for a very, very good season.”

Newcastle have been strongly linked with several strikers this summer but a transfer is yet to materialise. The £25m January signing of Chris Wood has come under scrutiny after the former Burnley man struck just two Premier League goals after arriving.