Jones, who will link up with the squad when their Euro 2020 preparations get under way on Saturday and remain with the Three Lions for the duration of their involvement in the tournament, has been praised for the impact he has made at the North East club since arriving earlier this year.

He replaces striker coach Allan Russell, who was relieved from his duties with the Three Lions due to a road traffic accident involving his brother in which he was a part of. 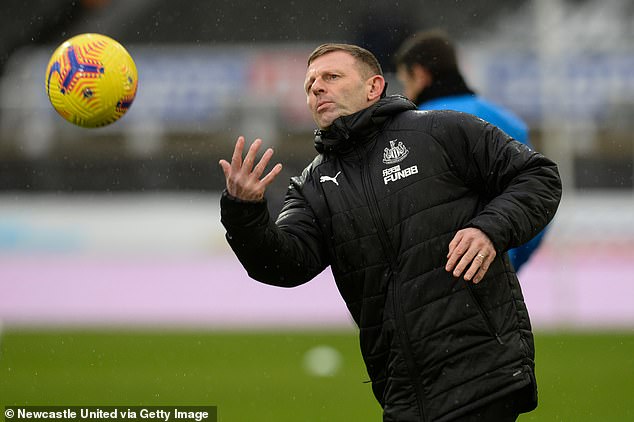 ‘We won’t make a like-for-like replacement in that sort or area but I’m disappointed for Allan and the situation that has occurred,’ said Southgate.

‘But we are pleased to bring Graeme Jones in, who is obviously working with Newcastle at the moment. He has got fantastic experiences of working with Roberto Martinez as an assistant manager.

‘So I am really pleased with Steve Holland, with Graeme and with Martyn Margetson in there, who has been to semi-finals with us and with Wales, and Chris Powell. We’ve got a really strong coaching team and we’re really looking forward to the challenge.’

Jones joined the staff at St James’ Park in January, helping Steve Bruce’s side retain their Premier League place, and it is anticipated he will return to the Magpies’ staff ahead of the 2021-22 top-flight campaign. 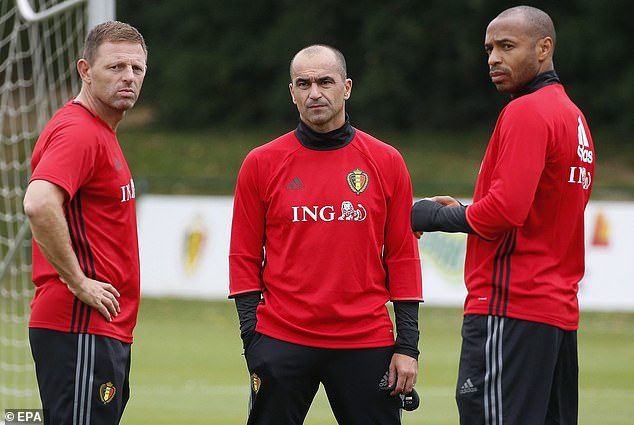 And the England boss said: ‘I need to thank Steve Bruce and (Newcastle’s managing director) Lee Charnley for their help letting us work with Graeme. They have been incredibly supportive and I’m very appreciative of that.’

Former Luton manager Jones, 51, has previously served as an assistant to Roberto Martinez with the Belgium national team.

Jones was part of Martinez’s staff at the 2018 World Cup when they reached the semi-finals. They beat England twice during the tournament – once in the group stages and again in the third-place play-off match.