New £85m record-signing Darwin Nunez trains with Liverpool in Thailand for the first time since his blockbuster move from Benfica, as Jurgen Klopp says ‘we have space for improvement’

Liverpool’s new record £85million Darwin Nunez has joined up with the team for his first training session, as the Reds began pre-season in Thailand.

The squad jetted off to Bangkok with new signings Nunez and Fabio Carvalho part of the travelling group in preparation for the upcoming season.

Boss Jurgen Klopp named a 37-man squad for the tour ahead of games against Manchester United and Crystal Palace next week. 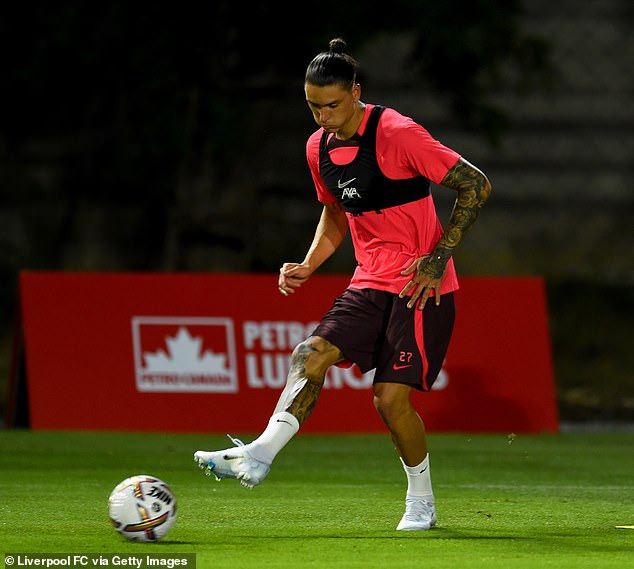 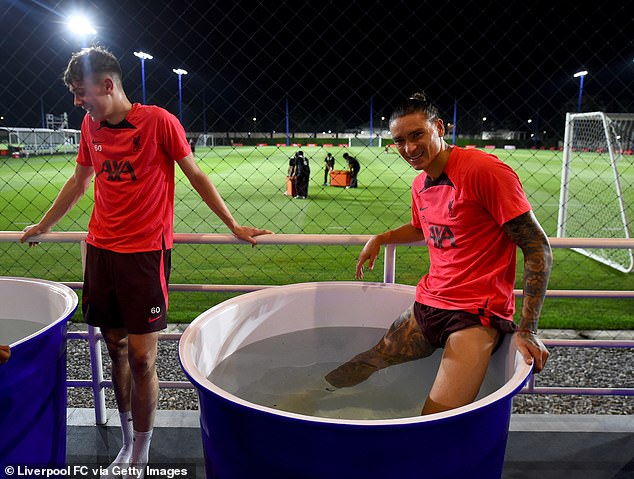 The former Benfica striker was part of the 37-man Reds squad to travel to Bangkok, Thailand

Certain players were given an extended time off due to international involvement last month linking up with the rest of the squad, including former Benfica striker Nunez.

Speaking at a press conference held after landing in Thailand, Klopp said: ‘A good season, a season where we can improve.

‘We have space for improvement. It’s not about how many games you can win, it’s about: how can we play? You can always do better and that’s what we will try.’ 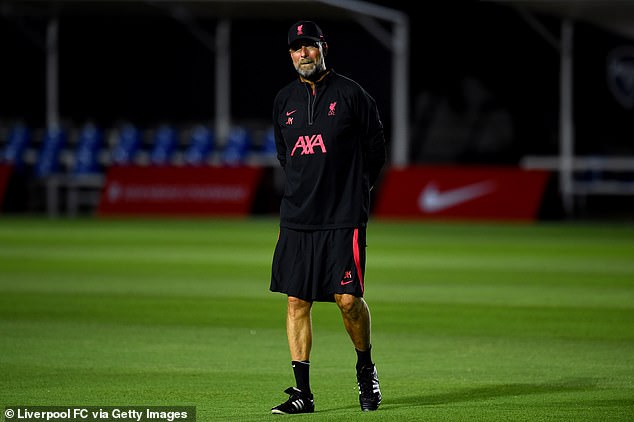 The former Borussia Dortmund manager is fully confident in his squad, despite a few changes with Sadio Mane and Divock Origi both departing, but of course Nunez and Carvalho have joined.

‘As confident as possible. You never know obviously but I saw today on the plane a squad full of quality.

‘You always need a little bit of luck, how we all know, if you want to win a trophy. But to play a good season you need first and foremost consistency, that’s what it’s all about and that’s what we will try. 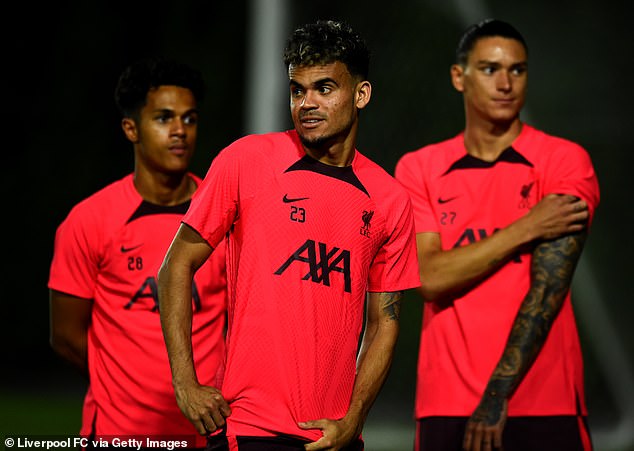 Klopp also insists that he has no doubt about the quality of the boys, including new boy Nunez

‘There are no places already sorted, who will play where. The boys will make pressure, which is important.

‘We have five subs from now on in the Premier League as well – we have to get used to that, we have to adapt to that. I’m really looking forward to it.

‘There are no guarantees in football but there’s a good chance that we play another good season, I would say.’