Gary Neville has predicted Liverpool will finish outside of the top four in the Premier League as he claimed ‘physical depression’ had hampered their performances this season.

Jurgen Klopp’s side have been forced to switch their attention from a title challenge to a battle for Champions League qualification after their worst start to a season for a decade.

Liverpool are 14 points behind league leaders Arsenal and already six adrift of Chelsea, who sit fourth, after winning just two of their opening eight matches.

Speaking on The Overlap Fan Debate, Neville said the ’emotion’ of last season – where Liverpool were in the running for a quadruple before missing out on the league title and Champions League glory – may have caught up with Klopp’s team. 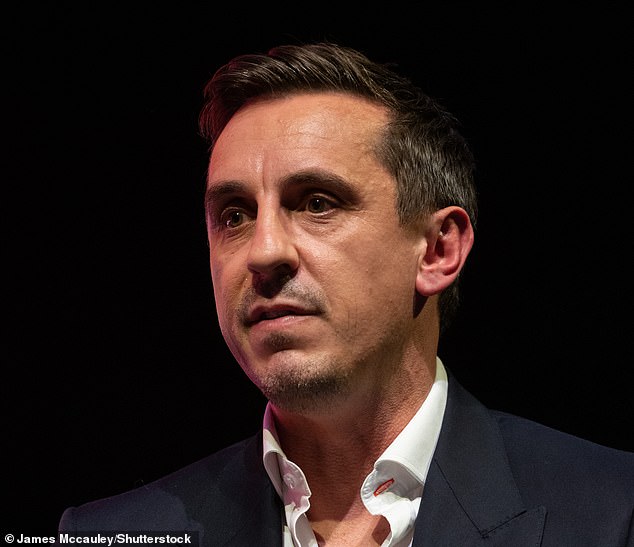 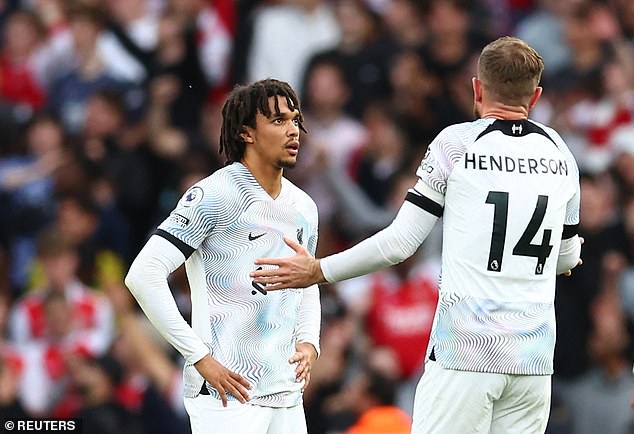 ‘I’ve praised Liverpool and Klopp for the last five, six years for the levels they’ve reached – it’s been off the scale – but I felt before the game Arsenal fans were expecting to win,’ Neville said.

‘When he [Klopp] first came in, the first two years was frantic. It wasn’t really a polished team; it was just brilliant to watch and exciting. Then they became good at possession – and you had the pressing, the counter-attack.

‘They like the slow game now, but the frantic bit, the pressing has gone, and that was everything to me about a Klopp team. The emotion of last season is just catching up with them and not having anything in the tank this season. I can look back on moments where that’s happened. 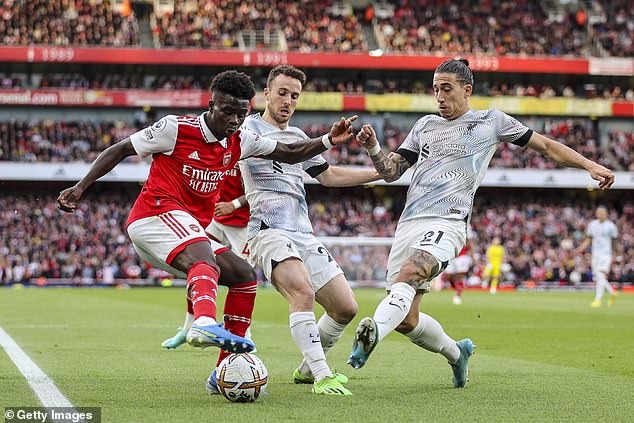 ‘Jurgen Klopp has just been punching above his weight for so long when you look at the net spend of all the other teams, and what he’s achieved has just been off the scale to be competing with that [Manchester] City team.’

Neville believes Liverpool will fail in their bid for Champions League football – an eventuality the club claims it is planning for – after their miserable start to the season.

‘I don’t think Liverpool will finish in the top four and Arsenal could still drop out,’ he said.

‘But this season is a marathon more than most, and the momentum will keep swinging back and forward – the Queen’s passing, the World Cup – it’s a disrupted season. Nothing has really got started yet, and coming back from the World Cup everything could be completely different.’ 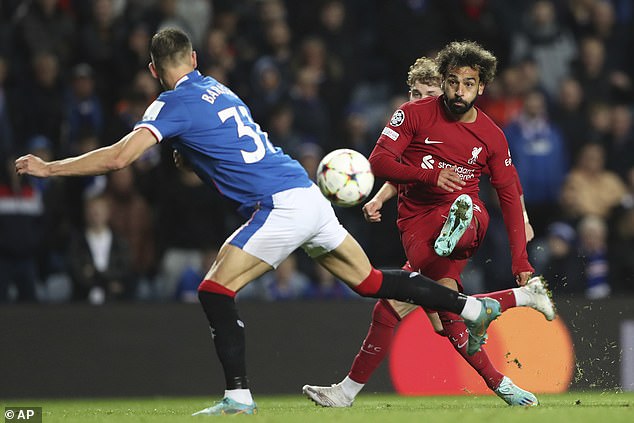 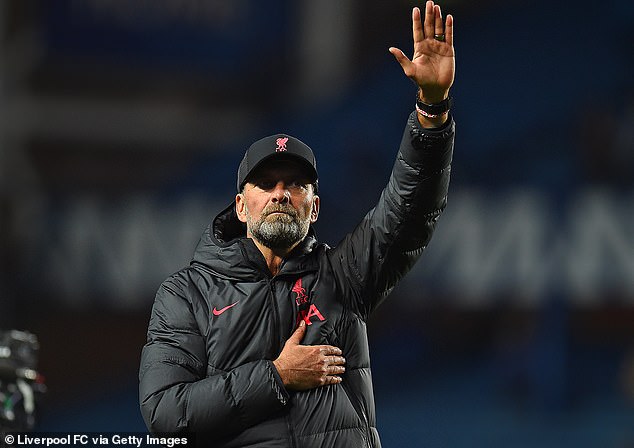 Liverpool’s travails so far have led to questions over Klopp’s future at the club, but pundits including Jamie Carragher have insisted his job is not at risk.

The mood at Anfield has been lifted, however, after they won 7-1 away at Rangers in the Champions League on Wednesday.

‘If Liverpool were in this position at the start of next season, I wouldn’t even question the manager again.

‘If Liverpool need to reboot, I’d change the squad and keep Jurgen Klopp. You don’t get many Jurgen Klopps. There’s very few, if any, Klopp-type managers that suit our football club this well anywhere in the world.

‘Liverpool at this moment have got an aging team and they do need to fix that and that’s the manager’s job. But for me, it should be change the players, don’t change the manager.’