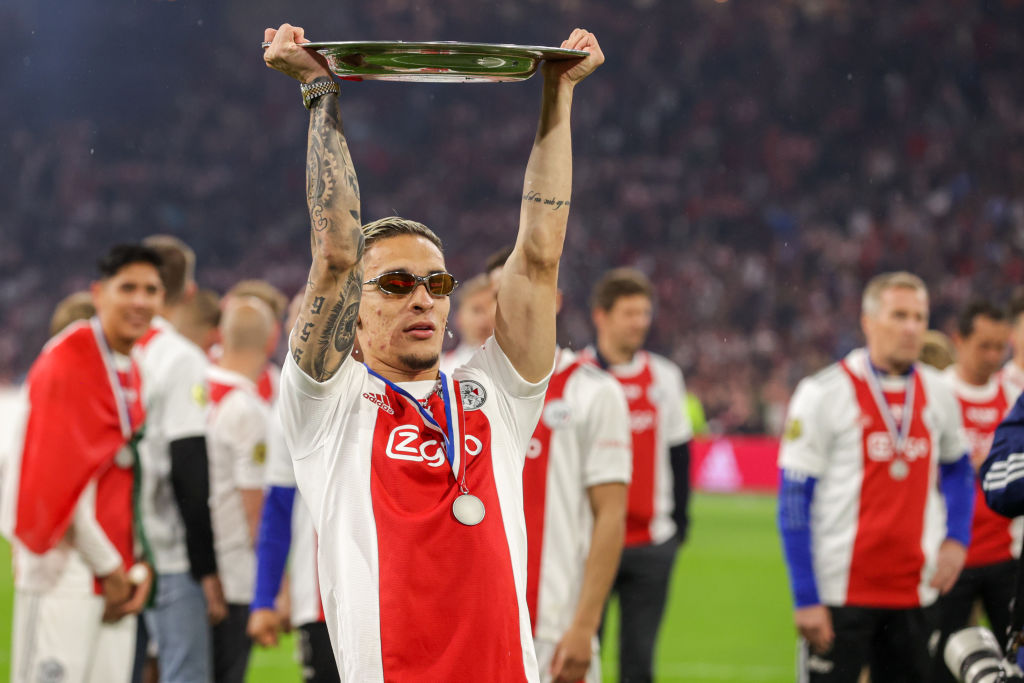 Ajax have not ruled out selling Antony to Manchester United before the transfer window closes.

Antony played a key role under Erik ten Hag at Ajax with the manager keen on a reunion with the winger at Old Trafford this season.

The Brazil international is also thought to be keen on the move but Ajax have told United they must pay a huge fee of £67million to prise him away from Amsterdam.

Recent reports suggest United remain interested in doing a deal this summer but Ajax are determined to keep their squad together having already lost Sebastien Haller, Noussair Mazraoui and Ryan Gravenberch this summer with Lisandro Martinez already signing with United.

The club’s technical manager Gerry Hamstra hopes that is the end of Ajax’s outgoing business, telling Voetbal International: ‘We want to keep this group together. I assume that no one leaves this core anymore.’

He added, however: ‘Of course you can never say never, I have learned that by now.

‘But we also talk about it with the players, have conversations. Also with boys who may have a wish to leave. Ajax players are drawn, that is logical.’

‘We are also in Spain and Portugal with our scouting,’ Hamsta explained in an interview with Het Parool.

It says something that players from Glasgow Rangers, where they may be in a slightly less appealing competition, and a talented boy who is doing well at Porto, want to choose us.’

‘On the one hand you want to have immediately deployable players if you lose CL-worthy players.

‘But at Ajax we also continue to think about the long-term. How fast that happens depends on several factors.

‘I can imagine that that goes a little faster with a Portuguese or European than with a boy from South America. So Conceição is another example of bringing the successor, in this case Antony, into your selection.’