AC Milan midfielder Franck Kessie scored from a penalty to give AC Milan a 2-2 draw away to Napoli in Serie A on Sunday, sparing the blushes of his goalkeeper Gianluigi Donnarumma whose mistakes provided the hosts with both their goals.

Milan stay unbeaten since the restart of the Italian campaign and on course for a place in the Europa League next season after an entertaining game which saw Napoli coach Gennaro Gattuso face his old club on the touchline for the first time.

As usual Gattuso, who spent 12 years as a player and one-and-a-half seasons as coach as Milan, fired up his players with constant shouting which echoed around the deserted San Paolo Stadium. 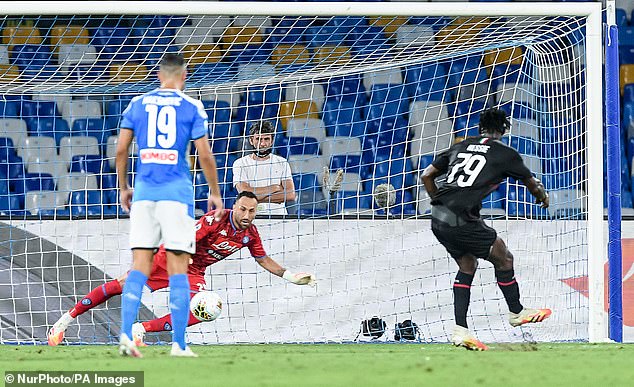 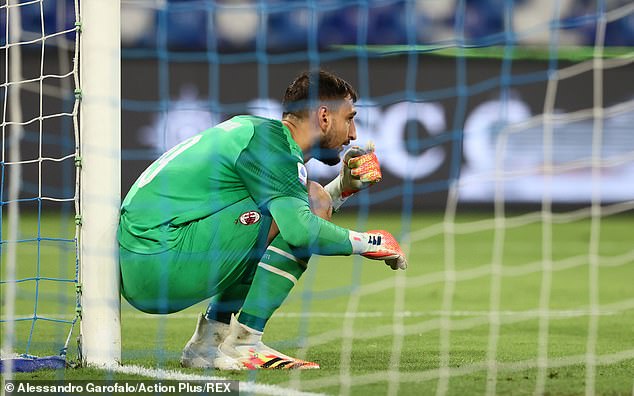 The result kept Napoli sixth with 52 points with Milan two below them in seventh, which will be enough for a Europa League place provided Napoli – who have already qualified as Coppa Italia winners – finish in the top six.

‘It’s the first time I’ve faced Milan and I felt so many emotions,’ said Gattuso, who was also annoyed with his own players.

‘I have to get angry with my players, because when we create so much, we have to stick it in the net and instead we struggle.’

Donnarumma started well as he made good saves from Dries Mertens and Jose Callejon while Lorenzo Insigne saw a deflected shot hit the post in early Napoli dominance. 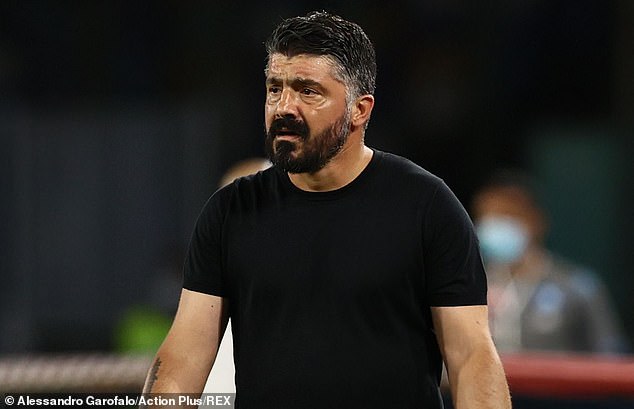 But it was Milan who struck with their first real attack as Theo Hernandez volleyed in Ante Rebic’s cross at the far post in he 20th minute.

They led for only 14 minutes before an uncharacteristic mistake by Donnarumma, who failed to hold Insigne’s free kick and the ball ran loose for Di Lorenzo to tap into an empty net.

Napoli went ahead on the hour when Callejon pulled the ball back for Mertens who struck a weak shot towards goal which took a slight deflection and squirmed under Donnarumma. 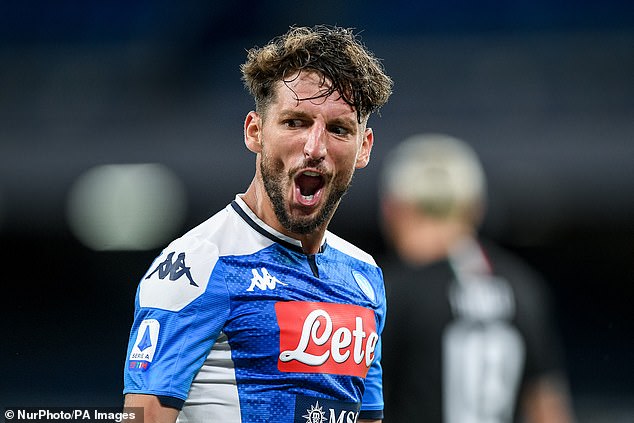 Milan levelled in the 73rd minute as Giacomo Bonaventura went down under a challenge from Nikola Maksimovic.

The referee ignored Napoli demands to review the incident on the pitchside monitor and Kessie sent David Ospina the wrong way from the spot.

AC Milan played the last few minutes with 10 men after Alexis Saelemaekers was sent off after being booked twice in three minutes.