A horse owned by five of Liverpool’s first-team stars continued this season’s Merseyside trend by surging to a third-placed finish against the odds.

The young horse, named Mr McCann after Liverpool’s press officer, made its debut run at Leicester and came in just behind the leaders despite its high priced offering.

Liverpool captain Jordan Henderson, James Milner, Alex Oxlade-Chamberlain, Trent Alexander-Arnold and Andy Robertson are part of the syndicate who own Mr McCann along with former Red Adam Lallana, who is now at Brighton. 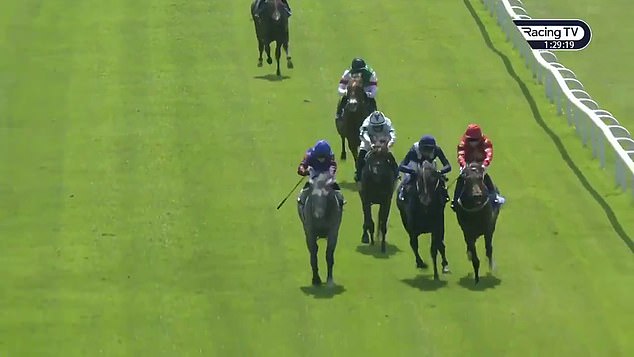 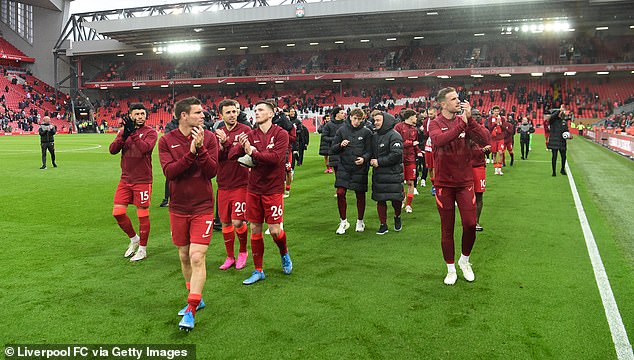 The horse, owned by Liverpool stars including James Milner, Jordan Henderson, Trent Alexander-Arnold and Andy Robertson, made his debut in the opening race at Leicester

Jockey Richard Kingscote gave Mr McCann a strong ride down the stands’ side rail, and the 11-1 shot was beaten less than a length by fellow newcomer Ernie’s Valentine, showing promising signs for things to come.

The colt, who cost £65,000, is trained by Tom Dascombe at the stable of former Anfield hero Michael Owen, in Cheshire.

Trainer Dascombe will have another runner with powerful football connections at Ayr on Wednesday, as Red Power, who has legendary Manchester United manager Sir Alex Ferguson and Michael Owen among his owners, bids to build on a debut fourth in the 6ft novice run.