Arsenal boss Mikel Arteta will be “well aware” of the pressure he faces at the Emirates should he not get a result against Manchester United. The Gunners will be riding high from their Europa League victory over Dundalk on Thursday night.

Arteta was able to rest some of his big players such as Pierre-Emerick Aubameyang, Alexandre Lacazette and Thomas Partey.

But it’s been a different story in the league after a difficult run of fixtures for Arteta.

Arsenal have already faced three of last season’s top five clubs with another big fixture coming up against United on Sunday. 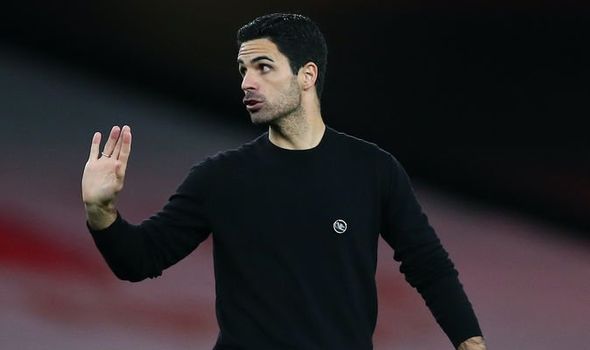 And the Gunners are coming up against a United side who are in good form following results against Paris Saint-Germain, Chelsea and RB Leipzig.

Arsenal currently sit 11th in the table and could drop down as low as 15th if they lose against United on Sunday.

Despite the poor run of form for the Gunners, Arteta is still well supported by the board.

But Jamie Redknapp believes that can quickly change if he’s unable to turn around results in the league.

“It’s been a difficult run [for Arsenal]. Sometimes when you come in to a club you can make a big impact,” Redknapp told Sky Sports’ Pitch to Post podcast.

“Pierre-Emerick Aubameyang hasn’t hit the heights of last season so far, he’s had a bad run.

“They’re form against the bigger sides has been better and you’re facing a United team who didn’t look comfortable against Chelsea.

“If they can start the game well they will see it as an opportunity to get a result.

“Arteta was doing such a good job for a while but it doesn’t take long for it turn. 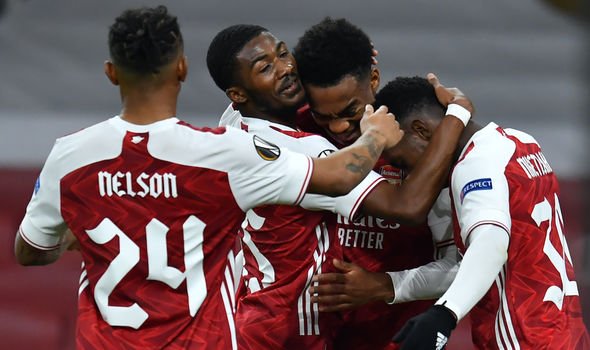 “You only have to lose a few games and the focus turns on you. Mikel will be well aware of that.”

But Redknapp does believe Partey, who joined Arsenal on deadline day, will be crucial to Arteta’s aims this season.

“Arsenal have got a good manager there but they need to sign some players,” he added.

“Thomas Partey is going to be a big signing for them. They need to get him in the team to give them some power and stability.

“He’s going to be huge for them. You want to get that big result to quiet it [the criticism] down. It’s a big game for both sides.”