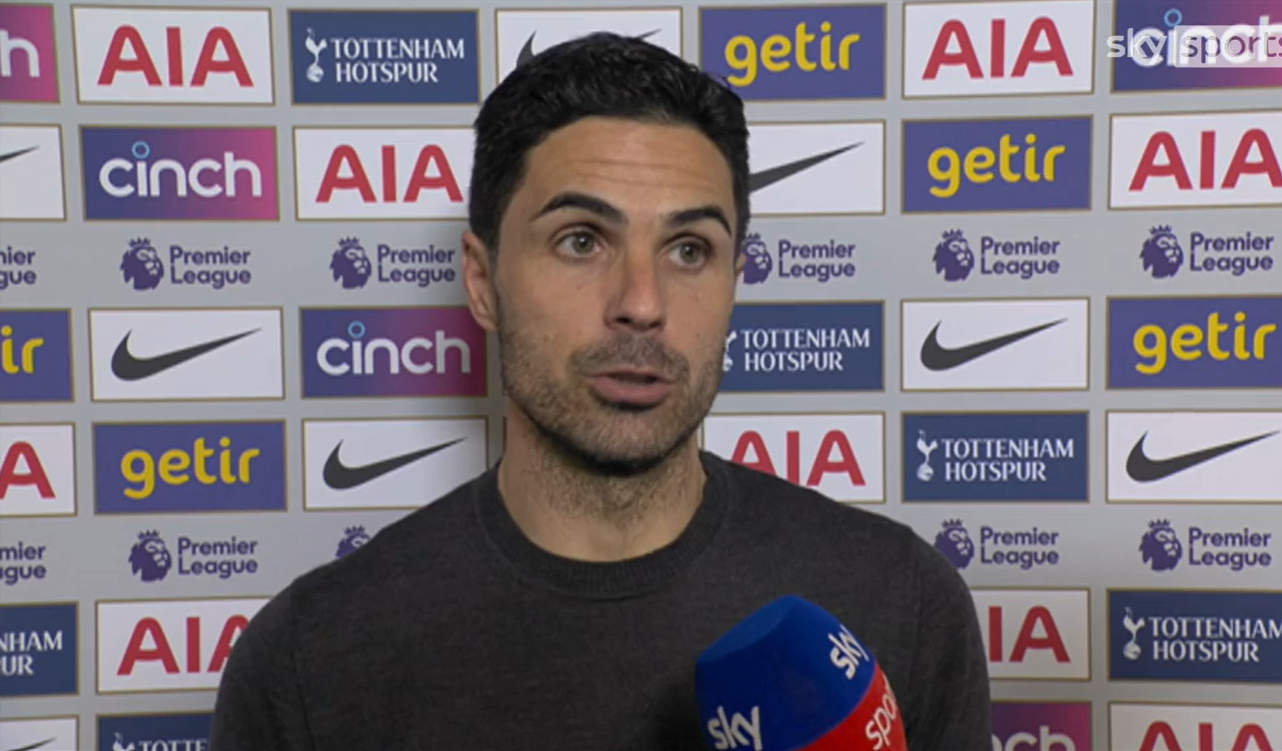 Mikel Arteta has revealed what he told his Arsenal squad after their damaging north London derby defeat to Tottenham.

An Arsenal victory would have seen the Gunners qualify for next season’s Champions League and ensure they finish above Spurs for the first time in six years.

But Tottenham’s win has blown the top-four race wide open, with Antonio Conte’s side now just one point behind fourth-placed Arsenal with two games remaining.

While Arteta refused to comment on the performance of referee Paul Tierney, he was clearly frustrated with the officials after Rob Holding was sent off and Spurs were awarded a penalty in the first half.

The Spaniard lifted the lid on his post-match dressing room talk to the players, telling BBC Sport: ‘I have already picked them up.

‘I am so proud of my players, this game is gone, we’ve lost it, we accept it. We move to Newcastle.’

Spurs boss Conte, meanwhile, said his team’s win was his best moment yet in charge of the north Londoners.