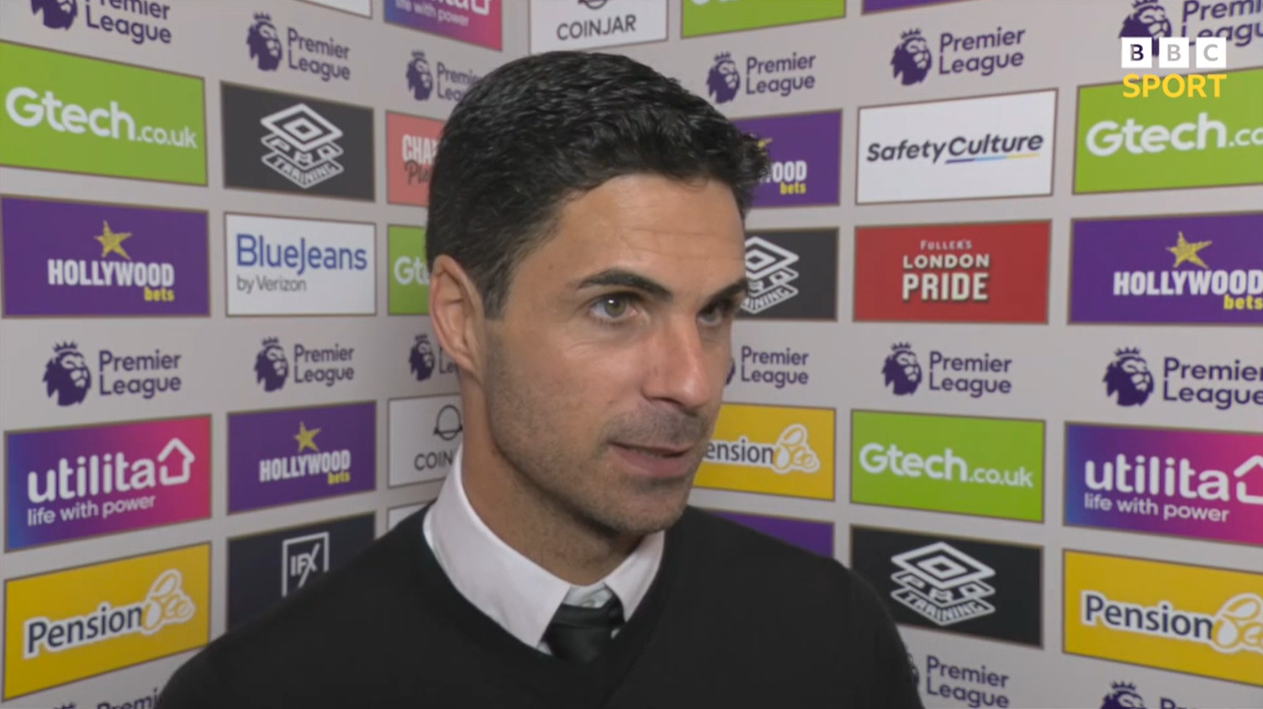 The Gunners returned to the top of the Premier League table with an emphatic 3-0 win over Thomas Frank’s Bees on Sunday.

Saliba, who made his debut in Arsenal’s opening-day win at Crystal Palace, opened the scoring with a header from Bukayo Saka’s cross.

Gabriel Jesus doubled Arsenal’s lead with his fourth goal of the season, while Fabio Vieira capped an impressive display by marking his first league start with a long-range strike.

Arteta was ‘really pleased’ to see his side return to winning ways following a 3-1 defeat to Manchester United last time out, and hailed Saliba for his ‘superb’ contribution.

‘He was superb. He hasn’t trained for 10 days because he had some discomfort, but he comes in and competes like that,’ Arteta said.

‘Not only the goal and his defending but he does the ugly part of the game that people won’t recognise. He deserves credit.’

Reflecting on Arsenal’s win as a whole, Arteta said: ‘I’m really pleased. It’s never easy to come here and win but we dominated the game.

‘I said before the game that the game we had here last season was a bad day. it was a building character day. A team has to evolve and take the lesson and move forward.

‘In different moments we always stick together. We had 12 first team players in training yesterday but I don’t want to use excuses. But you saw today we had some kids.’

Arsenal suffered a demoralising 2-0 defeat in this corresponding fixture last season but outclassed Brentford this time around to ensure they will sit top of the Premier League during the international break.

The state of the game even allowed Arteta to bring on 15-year-old academy star Ethan Nwaneri, who became the youngest Premier League player in history.

‘It’s great and he deserves it,’ Arteta said. ‘He has been doing great. He is such a big talent we want to keep with us.

‘It’s another step, another experience for him. In your career all the steps are not going to be forward.

‘After that, maybe he needs three backwards to go another one forward, but as well I think it sends a really strong message about who we are a as a club.’