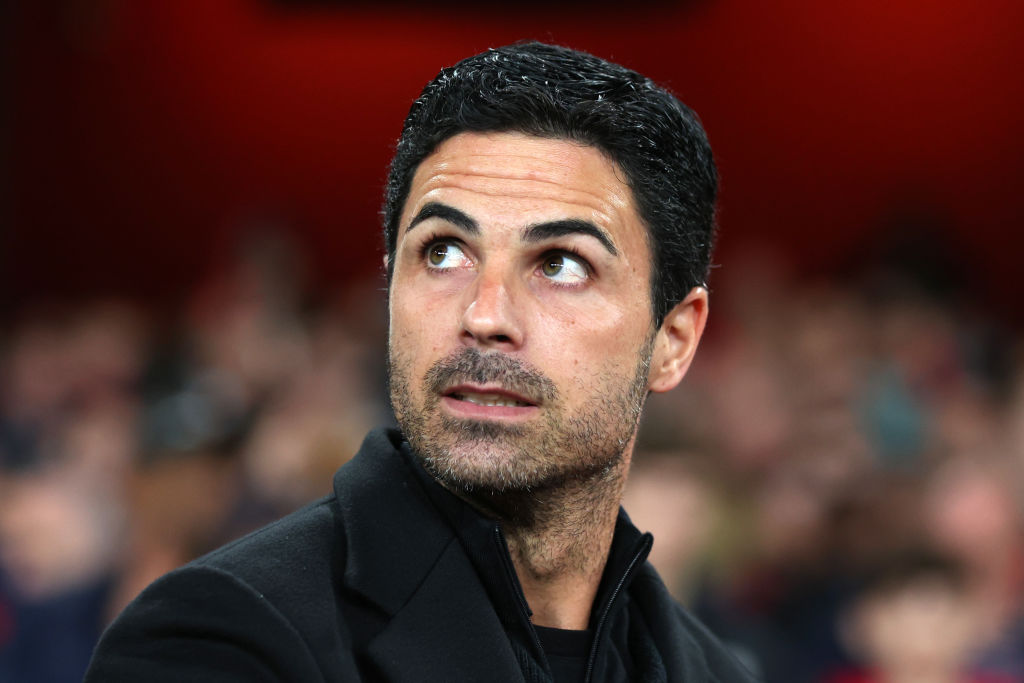 Mikel Arteta hopes Arsene Wenger ‘is right’ after the Arsenal legend named the Gunners as Manchester City’s closest rivals for the Premier League title this season.

Arsenal have enjoyed a sublime start to the season, sitting top of the Premier League having won seven of their eight games this term with their only blip a 3-1 defeat to Manchester United at Old Trafford.

Defending champions City sit a point behind them, having dropped four points in draws against Newcastle United and Aston Villa.

After watching Pep Guardiola’s side dismantle United in last Sunday’s Manchester derby, Wenger named Arsenal as City’s closest rivals, backing his former side to mount a serious challenge this term.

Asked if he believes Arsenal should be considered as Premier League title challengers, Wenger told beIN Sports: ‘Yeah, personally I would put them just behind City.

‘[Arsenal are] the second-best team to have a good chance to win the Premier League because Man City at some stage will focus highly on the Champions League.’

Asked if he felt it’s Arsenal’s best chance to challenger, Wenger said: ‘I think so.’

Arsenal face another test of their title credentials when they take on Liverpool at the Emirates on Sunday afternoon.

Speaking on Friday, Arteta said his side must continue to live up to such lofty predictions on the pitch.

‘It is great obviously that people love the club so much and love the club very well have such an opinion about it,’ Arteta said.

‘Now unfortunately, we have to show it, we have to do it on the pitch and hopefully he is right, like he has been on many other occasions.’

Club legend Thierry Henry meanwhile has also been hugely impressed with Arsenal’s significant improvement this season and believes they can be considered true title contenders if they are still competing with City in January.

‘Competing and for me, I always say it’s not because it’s Arsenal or any different team, when you pass Boxing Day and Christmas, it’s going to be different because you have the World Cup, but when you pass January and you’re still up there, competing for the title, then you’re a title contender.’