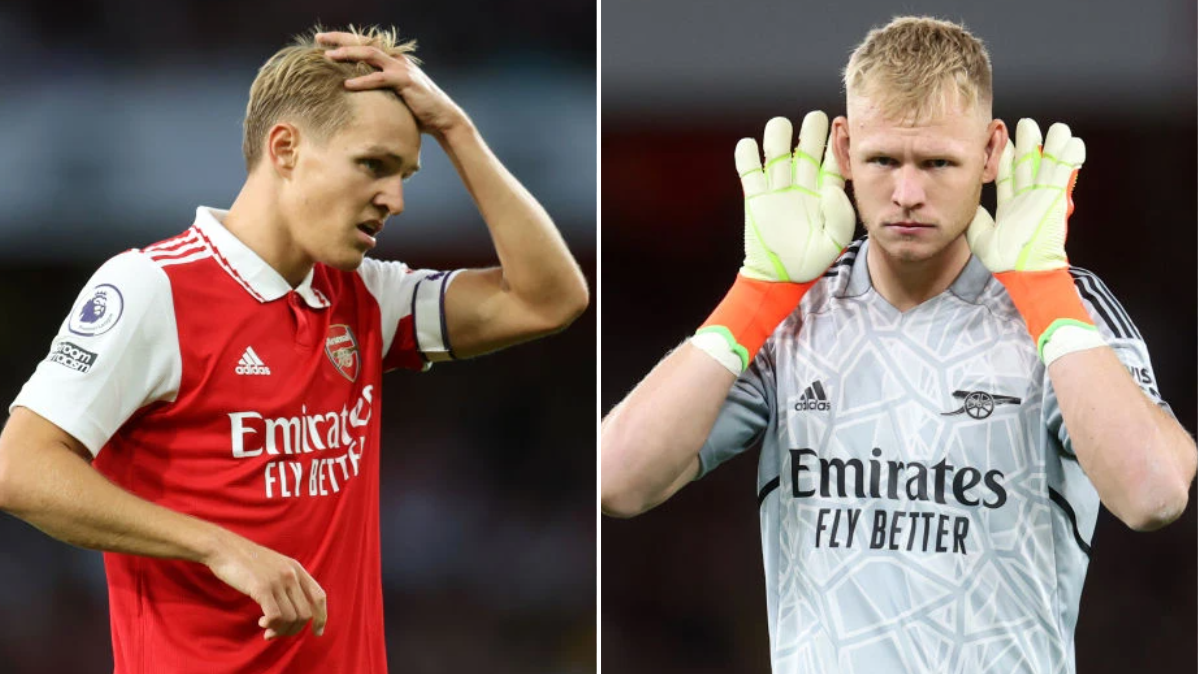 The Gunners will travel to Old Trafford in bouyant mood, looking to extend their perfect start to the new season.

Arteta’s new-look side have won five games in a row following Wednesday’s victory over Aston Villa, but the Spaniard’s squad is already being tested to the limit.

Oleksandr Zinchenko has missed the last two games with a knee injury and is unlikely to feature on Sunday, while Thomas Partey and Mohamed Elneny are both long-term concerns.

Captain Martin Odegaard and goalkeeper Aaron Ramsdale, meanwhile, both picked up knocks against Villa and will be assessed in the run-up to the game against United.

Asked for an update on his walking wounded, Arteta said: ‘[Aaron] Ramsdale and [Martin] Odegaard have been assessed and we will see more tomorrow.

‘For Mo [Elneny], we are talking months. With Thomas [Partey], we are hopefully talking weeks and even shorter than that. We have tried to manage him. A lot has happened since he’s joined.

‘We are trying the possible way to find reasons for that. Unfortunately his body and mind are too difficult to und to put finger on to identify one factor. Attitude is there. He’s really disappointed and wants to get back.’

Pressed on whether he felt he had a squad able to cope with the demands of challenging on four fronts, he added: ‘We had a lot of things still to do with squad. Look at the departures compared to what we’ve recruited.

‘The club has done a phenomenal job to bring players with the profiles we wanted. Unfortunately Tomo [Tomiyasu] got injured in the same place last time and Eleny has a long term injury. We had to react.

‘We tried but have to bring in the right player for team and for club but didn’t manage to do that.

‘It’s the team we have. For me it’s best squad and team I have available. There is nothing else we can do. We have an academy as well that we have to use and we will try to do that the best possible way.’