Arsenal boss Mikel Arteta admitted he was “hurt” by his side’s exit from the Europa League on Thursday night, but admitted he was proud of his team’s performance. The Gunners crashed out of Europe with a dramatic last-gasp goal against Olympiakos.

Arsenal were humiliated by Greek side Olympiakos at the Emirates on Thursday.

Having taken a 1-0 lead into the return leg from their first meeting, the Gunners had to only avoid defeat in order to progress into the Round of 16.

However, Pape Abou Cisse levelled the tie on 53 minutes, leading to a nervy second-half for the Gunners.

Pierre-Emerick Aubameyang scored a sensational overhead kick deep into extra time which seemed to have sent them through to the next round, but things were about to get worse for Arteta’s side.

JUST IN: Europa League draw: When is it? Who could Man Utd, Arsenal, Celtic, Rangers, Wolves face? 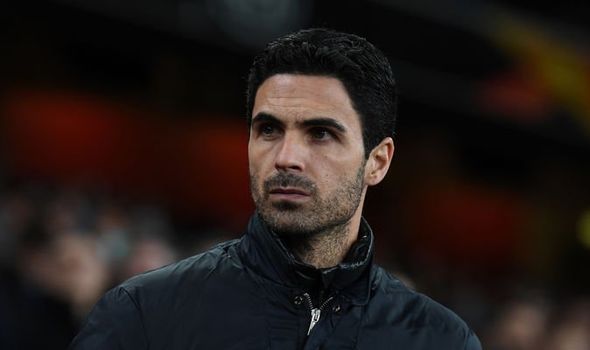 In the 119th minute, Youssef El-Arabi poked in from close range to send Olympiakos through against the odds.

Aubameyang had the chance to make himself the hero and send Arsenal through to the next round with the final kick of the game, as the ball fell to him 12 yards out.

However, he somehow scooped his effort around the side of the post and wide of the net.

That miss ensured Arsenal would go out of the competition, and Arteta admitted he was hurt by the defeat.

Premier League Hall of Fame: Which two legendary players should be the first inductees? [DEBATE]

“It hurts a lot. We had a lot of intentions in this competition,” he said.

“It was very important for us. Emotionally it has been a very difficult game. We tried and tried and tried, we threw everything at them. They defended very deep.

“We managed to score though and we were through but then we conceded a late corner and it was another set piece.

“To attack against 10 players is a very difficult thing. I felt we created enough chances to win the game comfortably. 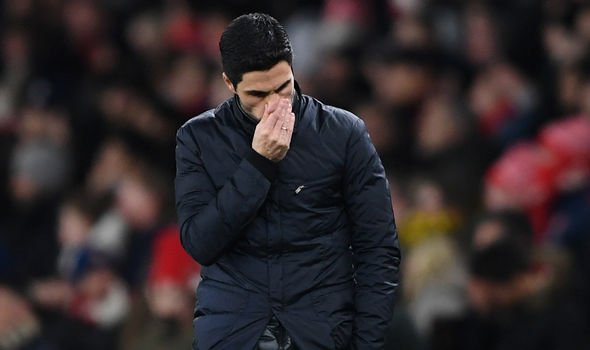 “It didn’t happen but we had to manage the game much better in the final five minutes.”

Arteta did, however, dismiss the notion that his players were too arrogant going into the return leg having already secured a 1-0 win away from home.

“I don’t think [they were arrogant],” he added. “The players knew it would be a difficult game. It is cruel.

“It is a massive disappointment but at the same time I am very proud of the players. It would have been an incredible lift if we had managed to go through the tie. The players have my backing for the way they played but it is painful.”