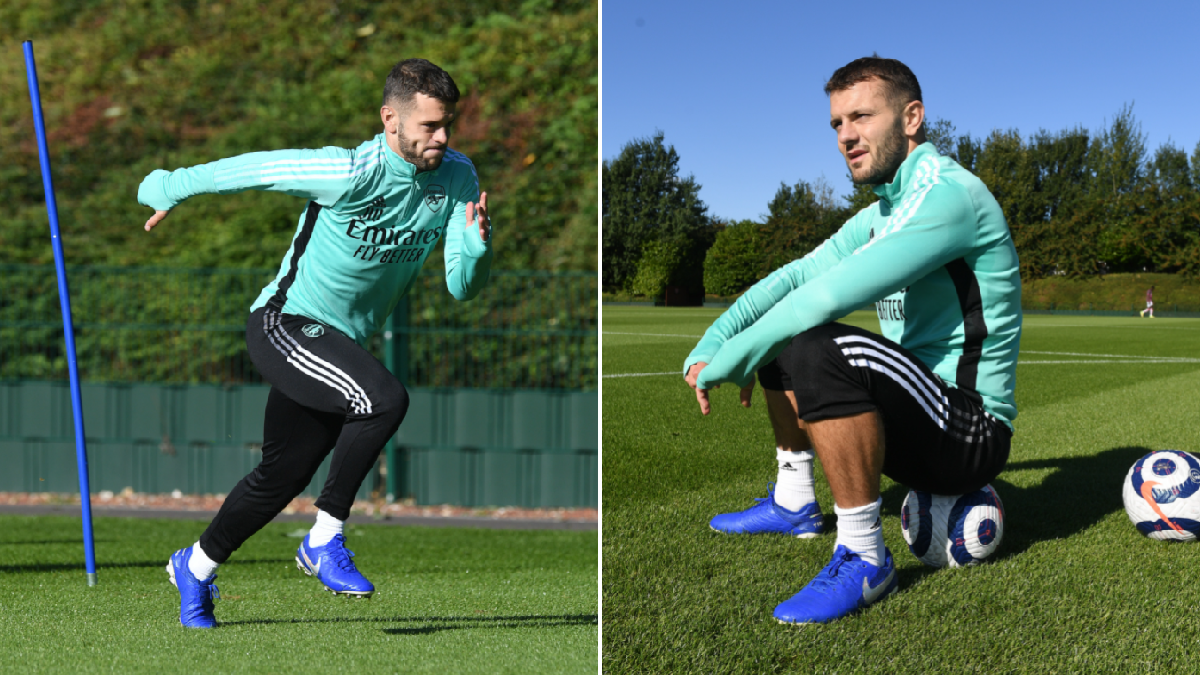 Mikel Arteta has confirmed that Jack Wilshere is back training at Arsenal as he looks to maintain his fitness and potentially find a new club, while he is also working on his coaching badges.

The 29-year-old has been without a club since being released by Bournemouth at the end of last season, briefly spending time in Italy training with Serie B side Como FC – though they were unable to offer him a permanent deal.

Now he has been pictured back in north London at Arsenal’s training complex, with the club revealing that he has decided to restart his coaching badges.

Wilshere has struggled with injury throughout his career and first started doing his badges while on loan at Bournemouth from Arsenal back in 2017 during a prolonged spell on the sidelines.

He completed his Football Association Level Two coaching qualification and then started on his UEFA B badge, and Arsenal are now looking to help him continue down that path as well as allowing him to train and keep up his fitness at London Colney.

‘What you should believe is that we want to help Jack prepare for his next stage, physically, mentally,’ Arteta told Arsenal’s website.

‘He wants to do his coaching badges again and we are prepared to fulfil all the needs that he wants. That is basically the idea and it is no further than that.

‘I am very happy to have him back. We had a conversation with Jack and understand the needs that he has, the period that he is going through and I think everyone at the club agreed it was the right moment to help him.

‘We sat down with him and we listened to what he wanted to do and what stage he is and we are prepared to do anything we can to help him.

Asked what he hopes Wilshere achieves during his period back at the club, Arteta added: ‘That physically he can keep himself fit, because obviously we know the issues that injuries have caused him in his career.

‘When you have been away for many years, maybe you can lose that sense or can question yourself but there is no question: we all love him, we’re happy to have him around and he is a big part of our history.’