Mikel Arteta has confirmed that Arsenal are still looking to add more players to their squad after agreeing a deal to sign Manchester City defender Oleksandr Zinchenko. The Gunners’ overall spend this summer will move past £100million once Zinchenko has officially signed, but it seems they are not slowing down.

Zinchenko left Man City’s training camp in Houston, Texas, and is travelling to Orlando, Florida, on Wednesday to undergo a medical which will see him become Arsenal’s fifth arrival of the window. The 25-year-old Ukraine international will join Gabriel Jesus, Fabio Vieira, Marquinhos and Matt Turner in joining Arsenal.

The Gunners agreed on Monday to sign Zinchenko for an initial fee of £30m, plus £2m in add-ons. That is a significant outlay, but Arteta has admitted that their business is not yet done. “We’re in the market to keep improving the squad but there are so many parties involved and sometimes things don’t happen as quickly as you want,” he told the club website.

Zinchenko has been linked with a move to Arsenal for some time. Arteta knows him from his time spent working as a coach under Pep Guardiola at the club and is keen to sign a player of his versatility.

JUST IN: Chelsea ‘strike agreement’ with Barcelona for Cesar Azpilicueta 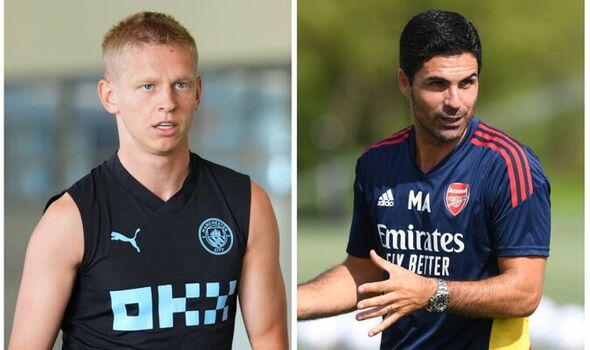 Although he has primarily played as a left-back, Zinchenko plays in central midfield when on international duty with Ukraine, while he is also capable of playing in an advanced role on the left wing. He will bolster Arteta’s options at left-back, where Kieran Tierney’s injury record and Nuno Tavares’ shaky performances opened up a vacancy at times last season.

Zinchenko will also bring with him a winning mentality, having helped City win the Premier League and Carabao Cup four times apiece, as well as the FA Cup. He has been with the club for six years, having joined from Russian club Ufa, and has made a total of 128 appearances in all competitions for Guardiola’s side. 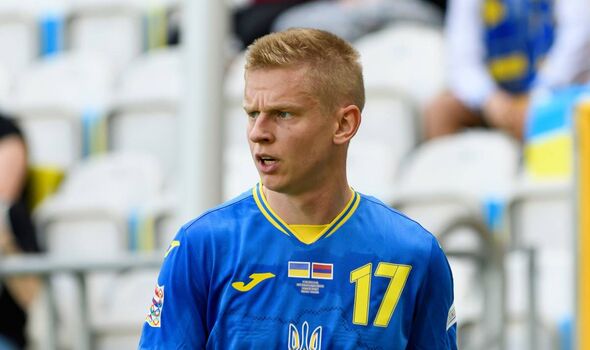 Arteta is currently focused on pre-season friendlies against Orlando City and Chelsea in Florida. As well as preparing his squad for the upcoming season, he is also taking a look at those players on the fringes, who could be moved on before the window closes on September 1.

“Every player that is contracted by the club is treated in the same way,” he said. “And everybody said on day one that this is a clean sheet to start to build what they want to build at this football club. Then we have to make decisions in relation to their needs and the levels that they show.”