Mikel Arteta admits he had reservations about taking on the Arsenal job due to the shadow of Arsene Wenger that looms over the club.

The daunting task of accepting a role previously held by a man who shaped the entire club was on the agenda again after Manchester United, Arsenal’s opponents tomorrow, named Erik Ten Hag as the latest manager who will attempt to bring the Sir Alex Ferguson glory days back to Old Trafford.

Arteta could have been Wenger’s immediate successor though was eventually handed the job after Unai Emery and then Freddie Ljungberg, on an interim basis, were first to try and replace the Frenchman. 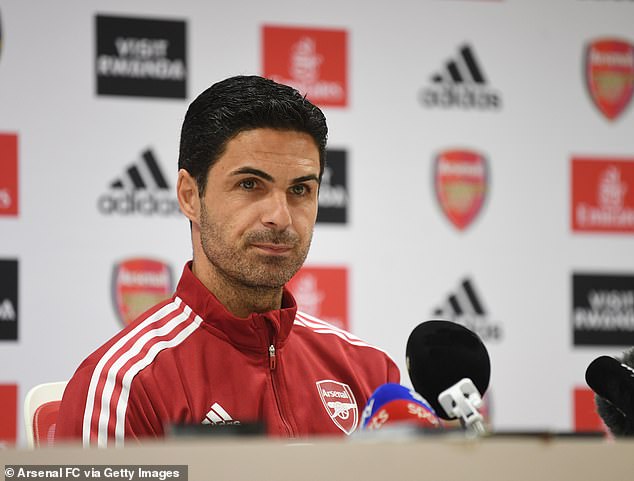 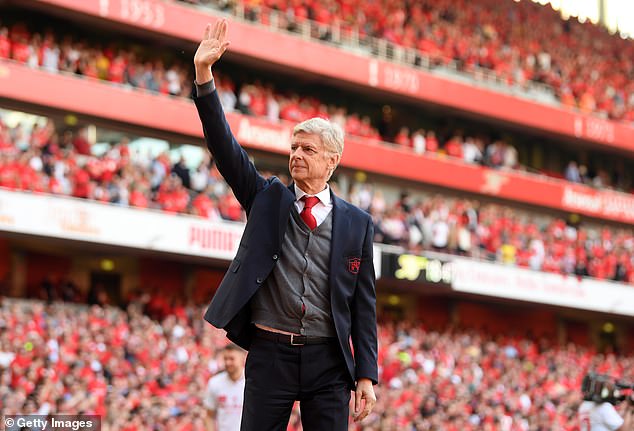 Arteta knew it would be tough to follow Arsene Wenger, who was Arsenal manager for 22 years

Asked if the Wenger factor crossed his mind before he said ‘yes’ to the Arsenal job, Arteta recalled with a smile: ‘It did but it was tiny in comparison with the excitement and the opportunity I saw to join this club and try to do what we all want to do which is to get it back to where Arsene took it at the highest level and obviously that desire was much bigger than the worries of failing.’

Arteta was appointed in December 2019 though almost landed the job in the summer of 2018.

He said: ‘It was close but things happen for a reason and probably it was too soon. [It didn’t happen] because people made decisions and they made a different decision.’

Arteta insisted it was not a case of him turning down Arsenal but more a matter of timing.

‘For me to turn down this club it is extremely difficult and when you see it closely there is something happening there that you just want to do but, again, they signed another exceptional coach that is showing in Villarreal how good he was. 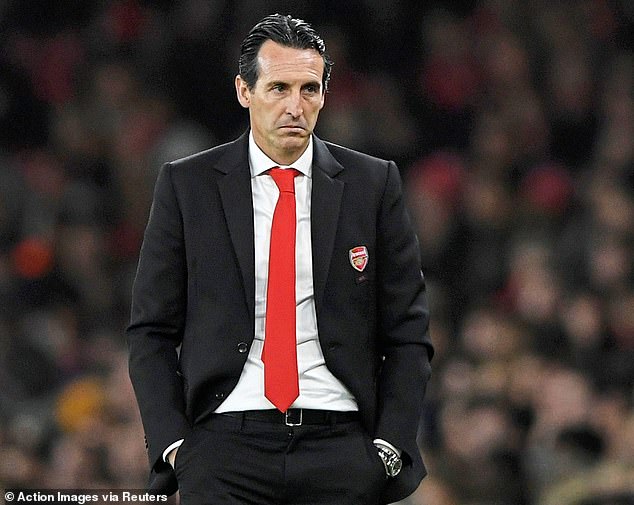 Arteta has revealed he almost got the Arsenal job in 2018, but Unai Emery got the nod instead

Having some distance between Wenger’s years rather than being his immediate replacement would perhaps be the preferable position for a manager.

Arteta said: ‘I don’t know but the thing is the expectation this club is going to have is always to be the best because we are going to compare all the time with the beautiful moment that we lived together here. There is no choice. When is the perfect moment? I don’t know.

‘What I am saying is am I really enjoying what I am doing and how I am doing it? Yes, because I know what we can do, what our potential is and where we want to take it and the rest is just fear because you’re going to fail because you’re looking there.

‘But you need to understand when you can get there and especially how you are going to do it.

‘And when the how is clear probably it is a matter of time but if you start to go there and try to find the how when you don’t have the tools to do it I think you are going to struggle.’