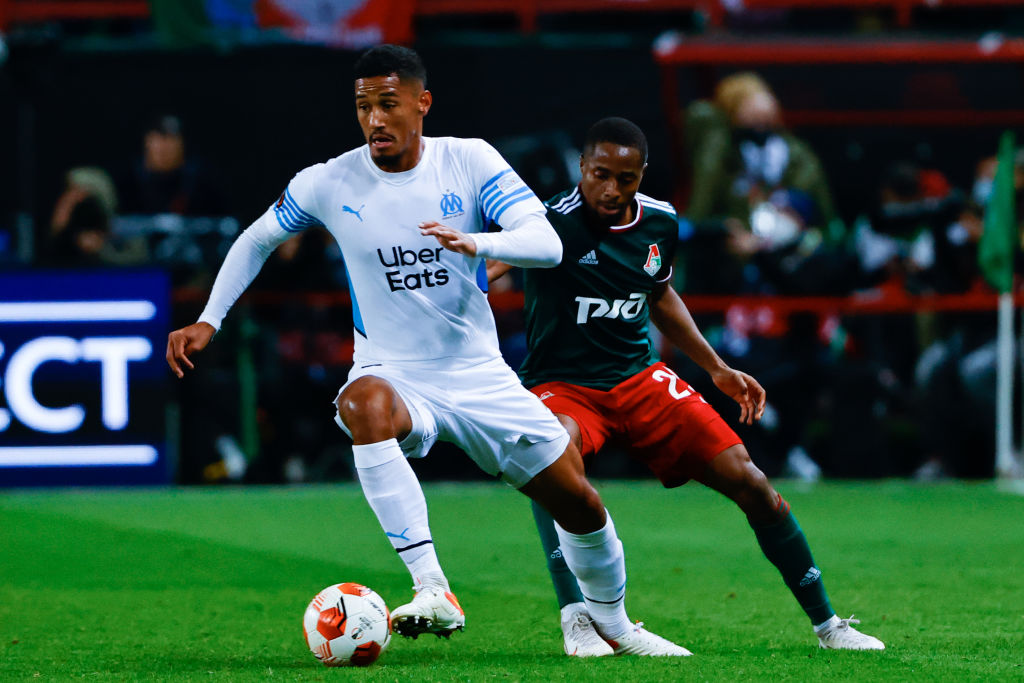 Arsenal manager Mikel Arteta has been impressed with William Saliba’s performances on loan at Marseille, but has refused to confirm whether he will be back in his first team plans at Arsenal next season.

The 20-year-old joined Arsenal in 2019 but has not played a single game for the club, instead heading out on three loan spells, back to his former side Saint-Etienne, Nice and now Marseille.

The centre-back has impressed enough to earn a call-up to the France Under-21 side and to be nominated for the Golden Boy award this year, while playing regularly for Marseille in Ligue 1 and the Europa League.

Last weekend Saliba starred in Marseille’s goalless draw with Paris Saint-Germain, helping keep the trio of Lionel Messi, Neymar and Kylian Mbappe quiet and Arteta revealed that Arsenal representatives were there to watch.

‘Yes we have been as a club always in touch,’ said Arteta. ‘They went to see the game as well, Edu and Ben [Knapper] were there to watch him and to keep a close eye on him and the progress that he’s making.

‘Obviously he’s our player and with all the loaned players that we have.

‘At the moment he’s there, and he played a different game that week, and this is it. He continues to do what he needs to do which is to play a lot of games and play them well.’

Asked about Saliba’s future at Arsenal after his season-long loan at Marseille, Arteta was cautiously positive, but non-committal.

‘That’s a decision that we’ll make in the summer,’ he said. ‘Obviously he’s our player, and naturally that would happen, and we’d have to sit down and decide what the best step is next.’

Saliba certainly appears to have a bright future ahead of him, at the very least at the standard Arsenal are performing at currently.

However, Ben White and Gabriel are developing a solid partnership in the middle of the Gunners defence this season, a combination that will be tested away to Leicester City on Saturday lunchtime.