Conor Gallagher says scoring his first Chelsea goal against his former side Crystal Palace was ‘written in the stars’ after he bagged a last-minute winner.

Odsonne Edouard opened the scoring after seven minutes before Pierre-Emerick Aubameyang equalised with a neat finish late in the first half.

Gallagher was warmly received when he stepped on the Selhurst Park pitch in the 76th minute for the first time since his loan spell as an Eagle, but any friendly sentiment was quickly forgotten when he sealed a 2-1 victory. 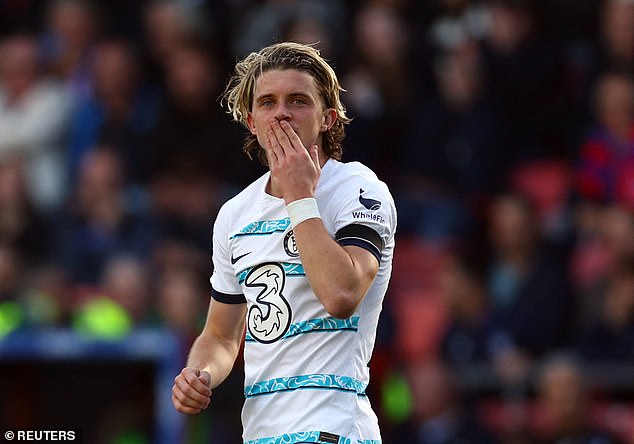 ‘It’s a very special moment to come on and get the winner and my first goal for Chelsea,’ he told BBC Sport.

‘It was written in the stars. Unfortunately, it came against Palace, but I’m just buzzing to get my first goal.

‘Everyone knows how much I loved it here [at Palace] and I thank the whole club and the fans – even today with the reception they gave me.’

It was the England international’s first goal for Chelsea on his seventh appearance for the club. 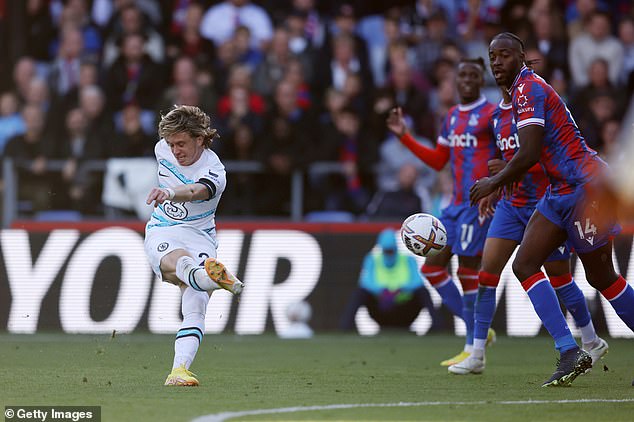 He is now hoping to get more opportunities to impress.

‘Hopefully I can build a bit of confidence with the goal and push on,’ he said.

‘I want to work as hard as I can for [Potter] and be available wherever he needs me, whether starting or coming off the bench.

‘Obviously I want to start, and I need to show him I’m good enough.’ 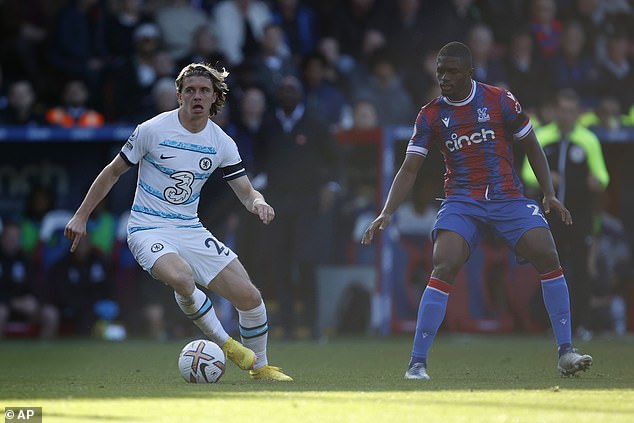