Mesut Ozil’s agent has issued a defiant statement to Arsenal, insisting he will see out the remainder of his £350,000-a-week contract. Ozil had fallen out of favour under Unai Emery earlier in the season leading to suggestions his time at the Emirates may be coming to an end.

But Mikel Arteta has since reinstated the attacking midfielder into the first team fold with Ozil starting all but one of their last 17 Premier League games.

He is still a divisive figure at the Emirates among fans though with his high wages proving a hot topic.

Former players have called on Arsenal to move on from Ozil to use that money in the transfer market.

But Ozil’s agent Dr Erkut Sogut insists the German midfielder will not be leaving Arsenal before the end of his contract, which expires in 2021.

JUST IN: Arsenal blasted for Pierre-Emerick Aubameyang message on Twitter 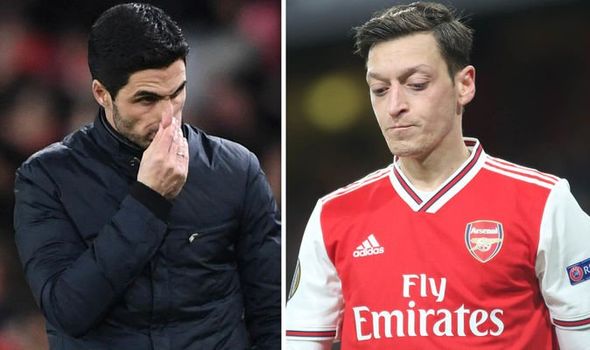 “At the moment, we don’t even talk about it, because he still has one-and-a-half-years left,” he told the I.

“He still has 15 months to go. Until then, he will stay at Arsenal, for sure.

“He will stay until the end of his contract. There’s no chance he’ll leave.”

Sogut reveals Arsenal have not yet opened talks over a potential new deal with Ozil, suggesting they’re planning for a future without the 31-year-old.

But Ozil’s agent hasn’t ruled out the possibility of his client re-signing with Arsenal should they put a good offer on the table.

“I look at every option, I need to maximise and get the best contract for him,” Sogut added.

“The options are coming in now. Maybe he will stay and have a new contract with Arsenal.

“Maybe he has a good end to the season and good next season and the club offers him a new contract. 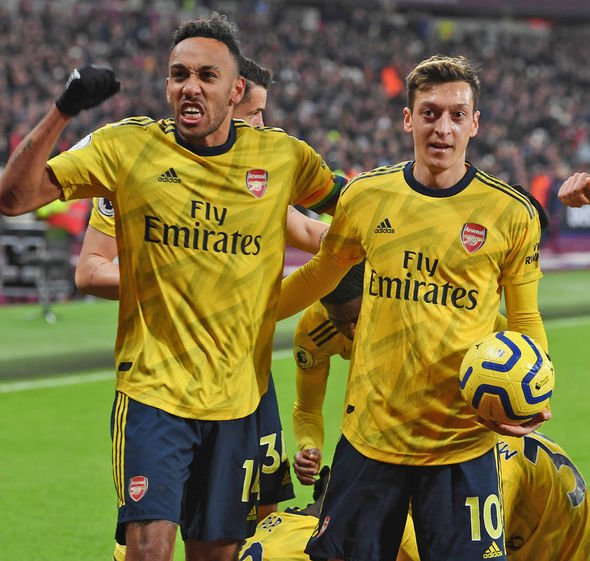 “It’s down to the club in the end, not to me or Mesut.

“If the club is not giving him an offer then he can’t stay. If he gets an offer from the club he will consider it.”

Arsenal are currently languishing down in ninth in the Premier League having won just eight of their 27 matches.

And they suffered a shock exit from the Europa League on Thursday night after losing to Olympiakos in extra time.