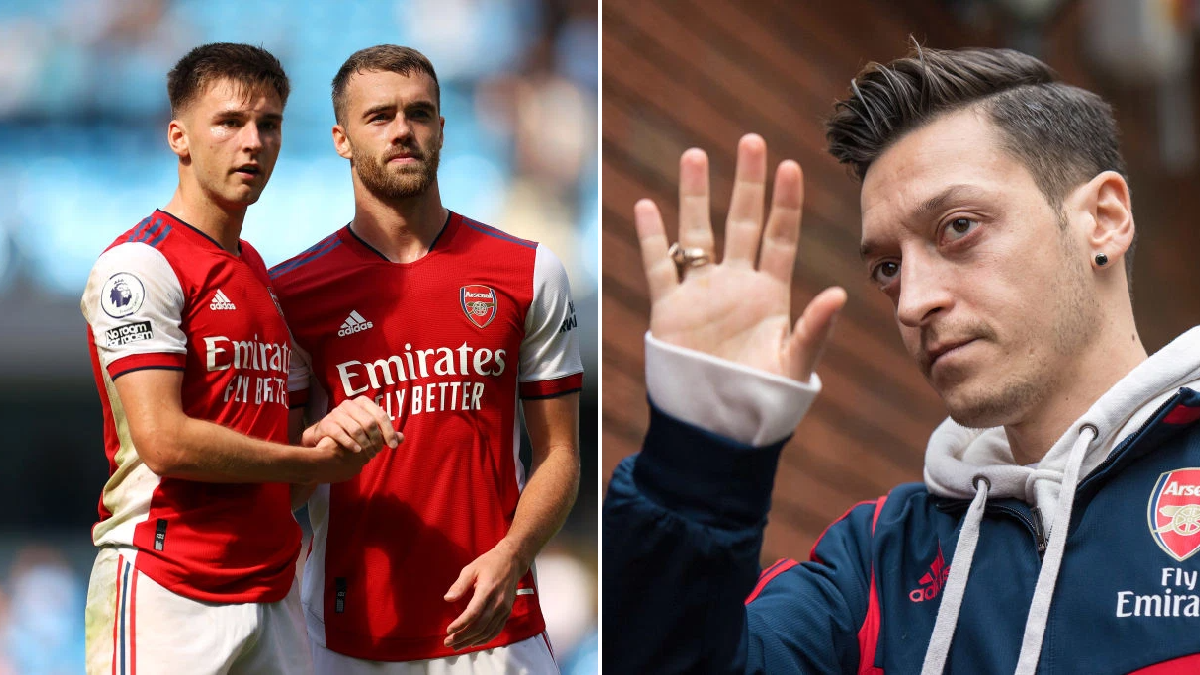 Mesut Ozil has urged Arsenal to ‘trust the process’ after the Gunners were thrashed by Manchester City to slip to the bottom of the Premier League.

Arsenal’s shocking start to the season and struggles under Mikel Arteta continued at the Etihad on Saturday as they were thumped 5-0 by Premier League champions Man City.

Following their opening-day defeat to Brentford and home loss to London rivals Chelsea, Arsenal have lost their opening three games of the league season for the first time since 1954 and are still without a goal.

Ilkay Gundogan, Ferran Torres and Gabriel Jesus were on target for Man City in a first half in which Granit Xhaka was sent off for lunging into a challenge on Joao Cancelo.

Rodri and Torres added Manchester City’s fourth and fifth goals at the Etihad to pile more misery on Arsenal and Arteta.

Taking to social media after the defeat, Ozil – who spent eight years at the Emirates before joining Fenerbahce in January – said: Trust the process’, with a heartbroken emoji.

Speaking after Arsenal’s demoralising defeat to Manchester City, Arteta said: ‘The first goal was the most disappointing, we were in control of the game, we took the game exactly where we wanted to.

‘The first action they have, we fail to stop the cross and Gundogan has a free header in the middle of goal. If you want to in this stadium, these are the basics you have to do right.

‘The second goal we concede is a clear foul because he punches Calum [Chambers] in the face. Once we conceded after the red card you know what is going to happen.

“This is not good enough. Everyone has to raise their level.”

“We have to look in the mirror, and talk as players.”

A dejected Pierre-Emerick Aubameyang reflects on a bitterly disappointing day for Arsenal.

‘It’s a really quick action from [Granit] Xhaka, he tries to get his feet off the ground and the ref decided it was a red card.’

The under-fire Arsenal boss added: ‘For me it is pride and more willingness to change the situation. A lot happened in the las three weeks we are in a difficult position.

‘The international break will do us some good to recover some of the big players we are missing at the moment and hopefully we come back we are in a better place.’