WORLD CUP CONFIDENTIAL: Kylian Mbappe’s AMAZING display against Australia showed he can take over this World Cup again even after his PSG drama – and France look SCARY despite injuries to Benzema, Pogba and Kante

Kylian Mbappe’s ‘fantastic’ performance against Australia on Tuesday night showed that the French superstar can once again be France’s talisman on the road to World Cup glory.

The reigning champions breezed to a 4-1 victory against the Australians after falling behind in the ninth minute, launching a comeback through Adrien Rabiot, Mbappe and Olivier Giroud.

Mbappe, who netted in the 68th minute before setting up Giroud’s second three minutes later, dazzled Australia with power, pace and trickery – and Sportsmail’s Oliver Holt thinks the 2022 World Cup could finally label him as the ‘next greatest player in the world’ after a dramatic spell of off-field drama at Paris Saint-Germain. 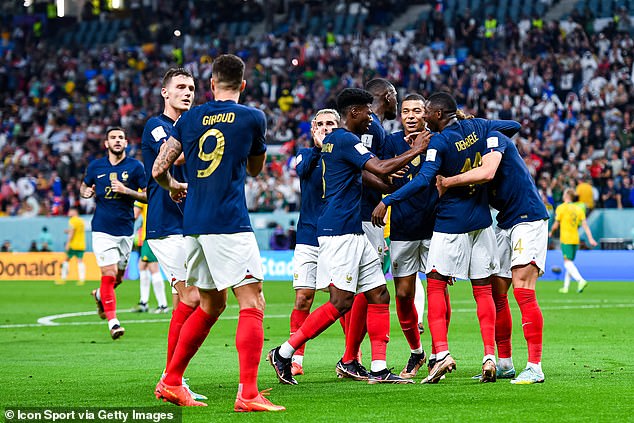 Holt, The Mail on Sunday’s Chief Sports Writer, gave his thoughts on Mbappe during Sportsmail and MailPlus‘ daily videocast ‘World Cup Confidential’. It appears on MailOnline every morning of the tournament and can be found on our YouTube channel.

Reacting to France’s dominant performance against Australia, he said: ‘(Mbappe) was fantastic and there were a couple of occasions on the other flank where Dembele pushed the ball past a defender, so the pace in that side is amazing.

‘Martin Samuel has written about it in the paper today – Mbappe is a fascinating story because we, when France won the World Cup, were anointing him as the next greatest player in the world, someone who would hold that mantle and it hasn’t quite happened in some way, perhaps because of the politicking at PSG.

‘It just hasn’t quite happened and yet last night was another hint of the player we might see and might take over this World Cup again.

‘And I thought one of the scary things about France last night was the amount of players they’re missing and the quality. (Karim) Benzema, (N’Golo) Kante, (Paul) Pogba, they’re missing those three players and they’re looking like one of the favourites.’

Mbappe, who signed a monstrous contract extension with PSG this summer, has since spoken out against Christophe Galtier’s decision to play him as a lone striker, rather than in his preferred position on the wing. 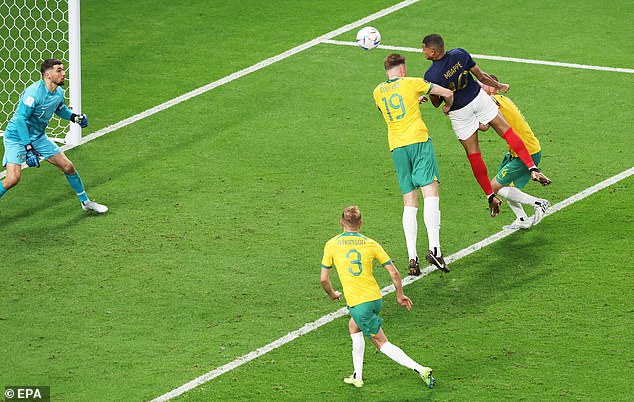 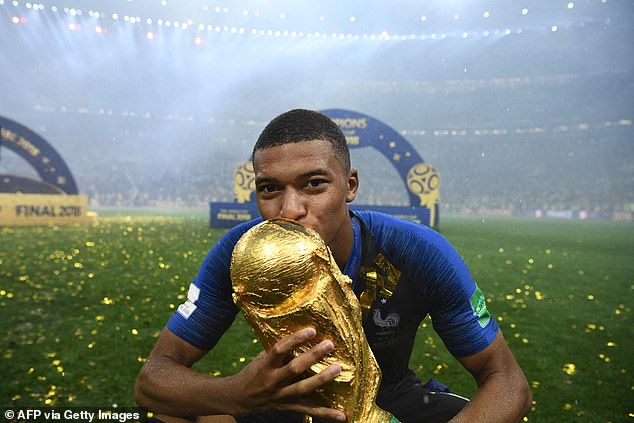 The 23-year-old was criticised heavily by pundits and fans for complaining about his role in the team and flirting with a move away from the French capital.

England and France, who have looked the two strongest sides in the competition so far winning 6-2 and 4-1 respectively, could meet as early as the quarter-finals if both teams top their groups.

Sportsmail’s Women’s Football Correspondent Kathryn Batte, who joined Holt on the videocast, fears for England right-back Kieran Trippier, who would likely have to match-up against France’s superstar. 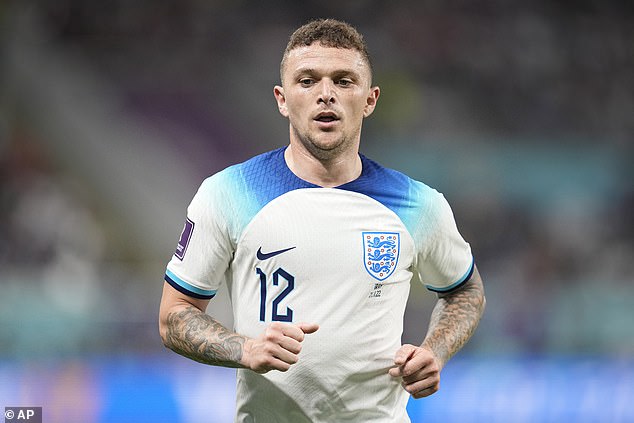 She said: ‘It’s hard to compare because France are a completely different level to Iran. Obviously England did fantastically in that game but doing it again against the best teams is a different thing.

‘Talking about Mbappe there, Kieran Trippier had quite a quiet afternoon the other day against Iran and playing at right-back he’d be up against Mbappe possibly on the left. That’s a very different prospect to face than Iran.

‘I think what will help England is their group games get tougher as they go along, so they’ll perhaps have to raise their game each time. But I was looking at France last night and thought “I don’t want to be facing them too early in the tournament”.’