The mayor and the LMA will also support the Shining a Light on Suicide campaign, run by Greater Manchester Health and Social Care Partnership.

The collaboration will see a number of individuals who have current or former connections to clubs in Greater Manchester lend their backing to the partnership, including the likes of Hughes and Sir Alex Ferguson.

Later today @MayorofGM and the LMA will launch the 'Shining a Light On Suicide' campaign that aims to raise suicide awareness within the whole of society and help prevent suicide.

Hughes, who managed the likes of Stoke City and Manchester City, believes football is an environment where those involved get accustomed to more disappointments than successes.

However the 57-year-old feels the support structures in place to help those struggling is better than what it was when he played, even if it can improve further still.

“I think there was an attitude within football that if you showed weakness you were told, ‘Just get on with it, pull yourself together’ and be stronger mentally,” Hughes said of the era in which he played.

“Clearly now we know it’s very difficult to maintain your mental health at a constant level, sometimes it ebbs and flows and you need help.

“For me as a young player, I came from a small town in north Wales and I know for a fact it would have been very difficult for me to hold my hand up and ask for help that I possibly needed at that time.

“There were occasions when I was anxious about my future, where my career was going to lead, when I was struggling and not playing well. It never got to the point where I felt in danger, but that support wasn’t there. It’s definitely improved, but you can always add to that.” 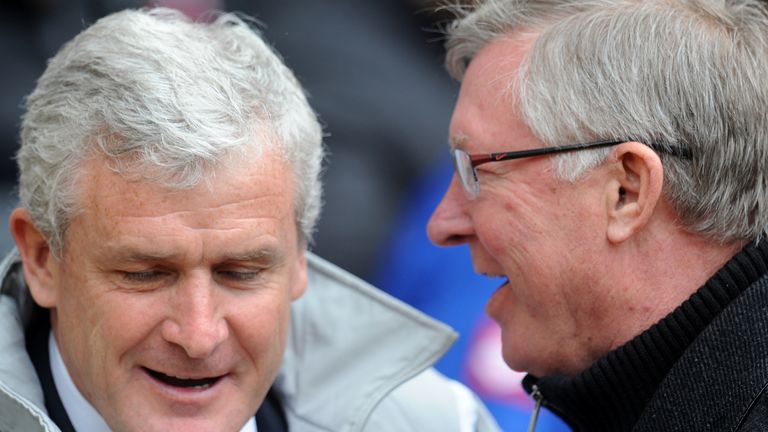 The campaign works to change how people feel using the word ‘suicide’, so that everyone can comfortably and confidently start open and honest conversations about suicide and suicidal feelings.

Suicide is the biggest killer of men under 49 and women aged 20 to 34 and more than 200 people a year die by suicide in Greater Manchester.

As part of the partnership, members of the LMA will also be given the opportunity to become ‘suicide aware’ through a 20 minute Zero Suicide Alliance training course.

Discussing the partnership, Burnham added: “Greater Manchester’s Shining a Light on Suicide campaign is a ground-breaking effort to save lives by breaking this taboo and it is an enormous boost for the campaign that the League Managers Association and its members are throwing their weight behind it.

“These have been dark and difficult times for many people and we know there is a growing mental health crisis taking place alongside this pandemic that will still be there after it’s over.

“But we also know that people have been looking out for each other more and that gives us something to build on.

“Just having a little bit of knowledge about suicide, and the confidence to speak about it in the right way, can help to save a life.

“Football managers have got so much to offer to this much-needed campaign and I am deeply grateful to them for having the courage to take it on.

“I believe the brave decision of the League Managers Association to back Greater Manchester’s Shining a Light on Suicide campaign could be a game-changer in the national conversation about one of the country’s biggest killers.”

LMA Chief Executive Richard Bevan, added: “The LMA is proud to be partnering with Mayor Andy Burnham, with the support of the Greater Manchester Health and Social Care Partnership, to raise awareness of the Shining a Light on Suicide campaign.

“Football managers can have such a positive impact on raising awareness of important issues within society.

“It is crucial to communicate and help break down the barriers to talking openly about suicide, suicidal thoughts and suicide bereavement so that people feel able to request help when they need it most.”