Arsenal may have to alter their summer transfer plans after Paris Saint-Germain made the first move in the race to sign Inter Milan’s Achraf Hakimi. The Gunners are targeting a right-back as part of their summer squad rebuild following a disappointing season, but face stiff competition for Hakimi.

Manager Mikel Arteta and technical director Edu are spearheading a squad refresh after finishing eighth in the Premier League, with several players set to be made available for transfer.

Among them is Hector Bellerin, who has long been linked with a move to Barcelona and has also attracted interest from Real Betis.

Bellerin has slipped down the pecking order at the Gunners in recent months, with Calum Chambers emerging as a viable alternative at right-back for Arteta.

Arsenal also have Cedric Soares who can play in the position, while Rob Holding is also capable of filling in.

Arteta has reportedly identified the position as one that needs strengthening this summer, with Hakimi, Norwich City’s Max Aarons and Brighton’s Tariq Lamptey among those on the radar. 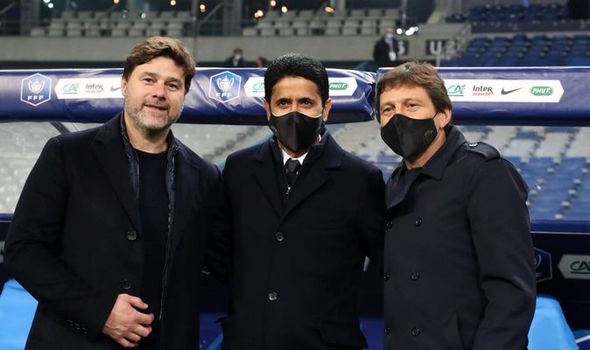 Hakimi enjoyed a brilliant campaign for Inter Milan, returning seven goals and eight assists at right-wingback in 37 appearances in Serie A.

His performances for Antonio Conte’s side helped Inter secure their first Scudetto in 11 years, but uncertainty now reigns at the club.

Conte has stepped down as manager over Inter’s plans to raise £68million (€80m) by selling some of the club’s most prized assets.

Hakimi, Romelu Lukaku and Lautaro Martinez are thought to be some of the players potentially up for sale and PSG have made a move to sign the 22-year-old Moroccan international.

According to RMC Sport, PSG sporting director Leonardo has already made contact with Hakimi, who is one of their priorities this summer.

Liverpool on pointless transfer mission if other issues aren’t fixed

Hakimi only joined Inter in July on a five-year contract from Real Madrid for a £36.3m (€40m) fee following a successful loan spell at Borussia Dortmund.

Bayern Munich are also reportedly keen on the young right-back, meaning Arsenal could find themselves out-gunned in the transfer market.

PSG are trying to strengthen their squad after finishing second in Ligue 1 to Lille this season.

Mauricio Pochettino arrived in January to succeed Thomas Tuchel and succeeded in winning the French Super Cup and the Coupe de France, but fell short in both Ligue 1 and the Champions League.

Pochettino is reportedly unhappy and eyeing a return to Tottenham, but PSG do not want to lose him and signing players like Hakimi could go some way to convincing him to stay in the French capital.