MATT BARLOW: Antonio Conte is developing Spurs into a team of STREETFIGHTERS. Tottenham are fearless, feisty… and primed to challenge for trophies

First, Son Heung-min sparks a mass confrontation with a stray elbow that drew blood in a pre-season friendly, then comes a warning from the dressing room to forget everything you thought you knew about Tottenham.

Antonio Conte is creating a team at odds with trademark Spurs. One with a towering physical presence, extreme levels of stamina and a readiness to engage in the occasional street fight.

‘This season we can see another Tottenham,’ said Lucas Moura, who will commit to the cause by trusting Conte to convert him from a forward into a wing-back. ‘We have a quality squad and a great manager. We have the quality to win trophies and this is our objective. 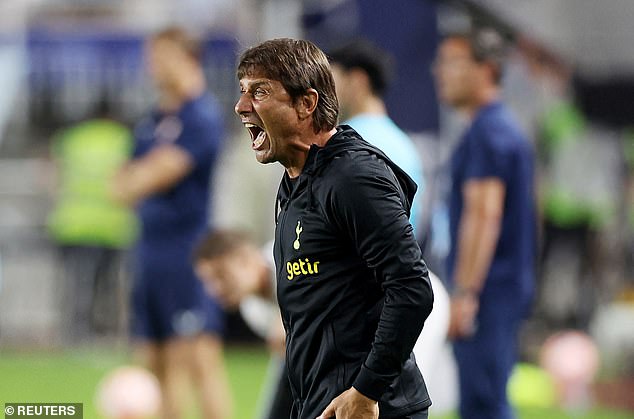 ‘We know how difficult it is but we have stars like Harry Kane and Sonny. A manager who is one of the best, a structure, an amazing training ground, an unbelievable stadium and great fans. We have everything we need to achieve. Now it depends on us.’

The theme of Conte’s summer recruitment drive has been to target players with aggression and desire as well as proven quality and a winning mentality. No more, ‘Lads, it’s Tottenham’.

‘Richarlison came to help us in this way with his mentality,’ added Moura, who is helping his fellow Brazilian to settle in. ‘His character is good. He’s a simple guy, humble and always ready to play with a lot of energy.

Moura picks out Cristian Romero and Pierre-Emile Hojbjerg as others of similar spirit. It was notable that Romero and Richarlison were the first on the scene when Gonzalo Montiel reacted angrily to being caught in the mouth by Son’s left elbow during Tottenham’s 1-1 draw with Sevilla in Suwon on Saturday. 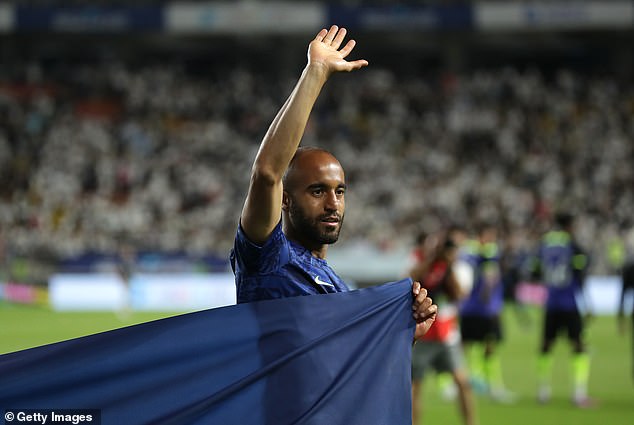 Moura is moving into the final year of his contract. Tottenham have an option to extend it for another year but he accepts they may not and will go into the season as if it is his last at the club.

‘I will turn 30 in August,’ said the Brazil international who arrived from Paris Saint-Germain in January 2018 and whose place in Tottenham folklore is safe after his match-winning hat-trick in the Champions League semi-final at Ajax in the following season.

‘I have at least one year in my contract, maybe two. I don’t know if the club will want me to sign another contract but I’m happy here.’

Moura is happy to widen his utility role to include shifts as a wing-back if it delivers the regular football that he knows he needs to fulfil an ambition and return to the Brazil squad for the World Cup.

‘He was very clear in every conversation,’ said Moura of Conte’s expectations. ‘He said I am important for him. It’s good to know. I always talk to him about what he wants from me, what he expects from me.

‘I just want to have the best season this season. I want to win a trophy because this has been my objective here since the first day I arrived in the club.

‘I lifted a trophy with Sao Paulo, with Paris Saint-Germain and with the national team, and I want a trophy here with Tottenham. And I believe this season I can achieve this. Then we’ll see next season what is the desire of the club.’