Mason Greenwood can enjoy a “great” career if he continues to deliver impressive performances for Manchester United, claims their former forward Mark Hughes.

Aged 19 and with his first-team debut having come only two years ago, Greenwood is now an established member of Ole Gunnar Solskjaer’s side and has developed into one of the most exciting young attacking talents in European football.

Greenwood has scored 12 goals in 51 appearances in all competitions for United so far this season, with three of those strikes coming in the last month, and he will have a chance to lift his first major trophy for the club in the Europa League final against Villarreal on Wednesday.

Comparisons have been drawn between the youngster and the club’s former striker Robin van Persie because of his two-footed play and powerful shooting ability.

Hughes is a huge admirer of the academy product and predicts that he will excel further in the coming seasons, but unlike Van Persie’s centre-forward role at the club, he thinks a wide position is where Greenwood is most effectively deployed in United’s starting line-up.

Hughes told Sky Sports News: “I like Mason, I think he is an exceptional young player. He enjoys that right-hand side of the pitch. I think that’s his best position, he enjoys coming in on his left foot but he can go the other way as well.

“It’s really difficult for defenders when you’re up against a player who doesn’t really favour one side or the other. If you show him one side, he’ll go the other way and he can get off shots really strongly with either foot. 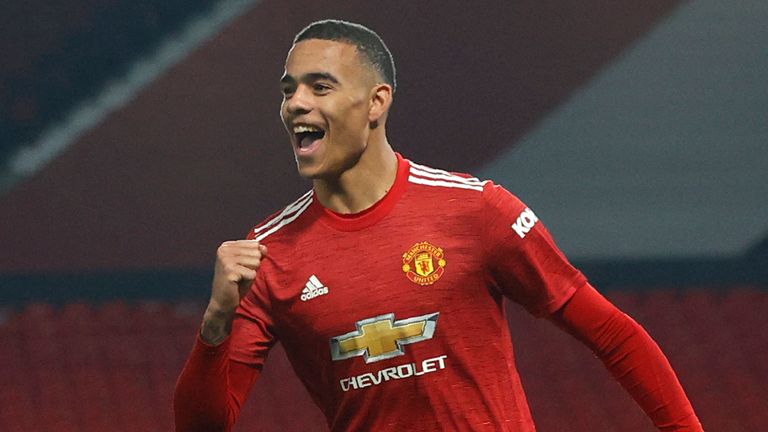 “I think he doesn’t really enjoy being down the middle as much as those wider positions, much like Marcus Rashford and Anthony Martial in that regard, so he can attack full-backs and he has that space.

“He’s well thought of at the club, a lot of people say he’s arguably the best finisher at United. You sense that if he can keep on the trajectory that he’s on now in terms of his progression and can keep performing then he is going to have a great career at United.

“He’s had a great start, I think some people forget how old he is and it’s not easy to go right through the ranks at the club and pull the shirt on. To break into the first team and hold your own shows what talent he has got and credit to him.” Greenwood has represented England since U17 level and holds one senior cap for the Three Lions to date. Following an impressive campaign with his club, the teenager is in contention to be named in Gareth Southgate’s Euros squad, which will be announced on Tuesday.

When asked what effect Greenwood could have on England’s Euro 2020 chances amid Southgate’s myriad of attacking options, Hughes added: “I think he could have an impact, he’s got good technical ability and pace as well.

“He gives you that option of bringing him on in games when maybe teams are tiring and they’ve been used to a certain problem, then all of a sudden you throw Mason Greenwood on and he gives you five or six different problems so that’s what you want from a player coming on as a substitute.

“He would probably rather be pushing for a place in the first XI and that might well happen as well, but England have a lot of options and a lot of different ways they can go so it will be interesting to see how Gareth Southgate approaches the first games in the competition.”